United Airlines Will Give Cabin Crew 23,000 iPhone 6 Plus Devices 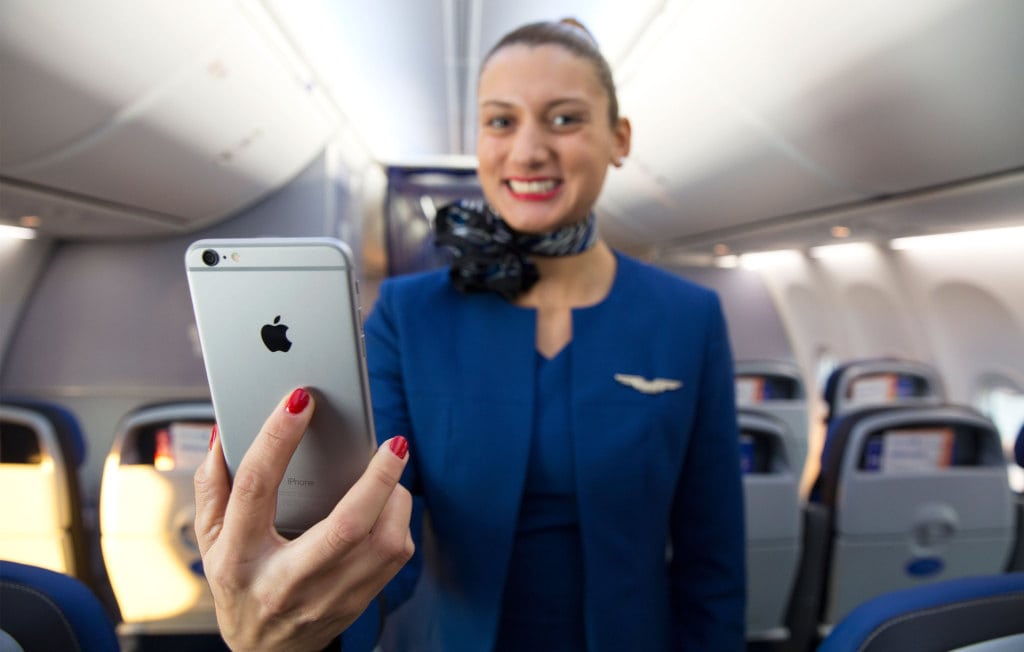 United Airlines will give 23,000 iPhone 6 Plus devices to its flight attendants in an effort to improve cabin service.

Sam Risoli, United’s senior vice president of inflight services, said the iPhone 6 Plus devices will enable cabin crew: “to deliver an even higher level flyer-friendly service and will offer our flight attendants simple, one-touch access to valuable work information, enabling them to better serve our customers.”

The new iPhones will be used to process retail transactions and access company email, United.com and the company’s Intranet, as well as carry electronic copies of the airlines policies and procedures manuals.

In future, the airline will replace the printed version of the cabin safety manual with an electronic version which will also be loaded into the cabin crew’s iPhone 6 Plus, and include “real-time reporting and improved follow-up on aircraft issues and repairs.” United also plans to develop in-house apps to help flight attendants provide better service to passengers.

The airline previously rolled out iPads to pilots in 2011, as part of a “paperless aircraft” initiative and has renewed the iPad program with the new iPad Air 2.

Subscribe Now
Tags: united airlines
Photo Credit: A United flight attendant smiles as she likely wonders how she ended up with an iPhone instead of a Windows device like her counterparts at Delta. United Airlines