Purges and Executions Aside, Dennis Rodman Basketball Tour of North Korea Is On 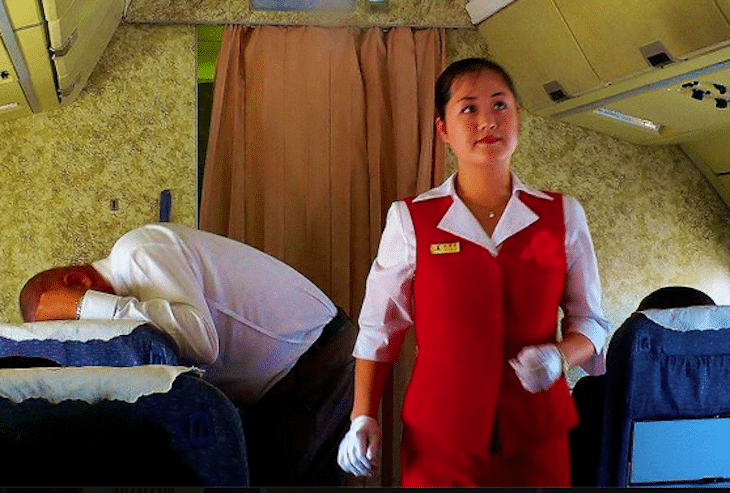 Skift Take
We are all for travel to off-the-beaten track places, but the timing of this tour appears to be a little dicey. And, the events tied to the tour would serve as a propaganda win for a renegade regime. If any Americans veterans decide to go, please leave your dog tags at home.
— Dennis Schaal
Share
Tweet
Share
Post
Send

A British tour operator based in Beijing says it has a dozen spaces available for a January 6 to 9 tour of North Korea tied to a basketball event in Pyongyang organized by former NBA star Dennis Rodman.

Koryo Tours announced it has “exclusive access to be able to take a small number of tourists to Pyongyang for the Paddy Power Dennis Rodman Basketball Invitational.”

The free-wheeling and eccentric Rodman has put together a team of “NBA legends” to ball against the DPRK national team on January 8, the birthday of North Korea’s boy-wonder and ruthless dictator, Kim Jong Un.

Rodman, who toured North Korea in Februrary 2013, said at the time he considers Kim Jong Un “a friend for life.”

Whether the tour and basketball game actually take place is open to question given the events of the past few weeks in North Korea. Kim Jong Un had his uncle, Jang Song Thaek, who was supposedly the number two person on the dictatorship’s depth charts, executed, and other officials have been purged and executed, as well.

Ironically, Jang Song Thaek had recently been named to head the State Physical Culture and Sports Guidance Commission, and his last public appearance was greeting a sports delegation from Japan in November.

Meanwhile, North Korea’s tourism minister, Jo Sung Goyu, had been slated to attend the December 9 Asian Cities Tourism Summit in Taiwan, but the trip was canceled amidst the blood-letting back home.

Rodman hasn’t yet named the “NBA legends” who would play in the Pyongyang basketball invitational, and you can imagine that the roster may be in flux given recent events. Expect plenty of substitutions.

Koryo Tours says its January tour of North Korea, with a December 28 reservations deadline, will enable travelers to “gain more access than any tourists ever before.”

Tour participants would attend the game with “high-level North Korean officials and the citizens of Pyongyang,” and also would fly into Pyongyang from Beijing with the Rodman-assembled team, Koryo Tours says.

Like Rodman’s basketball team, the roster of high-level North Korean officials attending the game may be subject to last-minute changes — depending on who lives and dies.

The all-inclusive tour, with a stay at the Koryo Hotel in Pyongyang and including airfare from Beijing, costs about $8,927 (Euro 6,500) per person. Visas to the DPRK would be issued in Beijing, Koryo Tours says.

A spokesperson for Koryo Tours says it is a British company that is “not funded or related to the [DPRK] government at all.”

Details of the itinerary are here.

Founded in 1993, Koryo Tours says it has operated hundreds of tours to North Korea. It is also the foreign coordinator of the Pyongyang Film Festival.

The Koryo Tours jaunt to the DPRK in January for the Dennis Rodman tourney follows an October tour arranged by UK tour operator Juche Travel Services that saw an American Korean war veteran, Merrill Newman, incarcerated for weeks in North Korea, although he was recently freed.