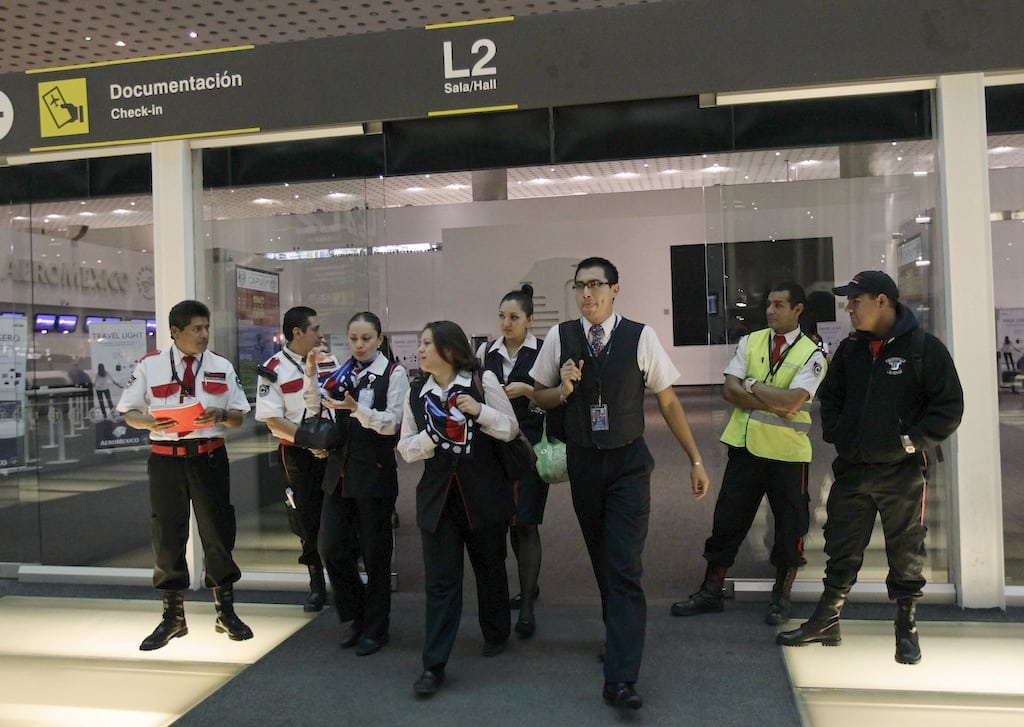 Skift Take
Aeromexico, which is partly owned by Delta, and its union compromised and averted a strike. The two parties delayed a decision on new flight attendant contracts, an issue that was particularly disputed.
— Dennis Schaal
Share
Tweet
Share
Post
Send

Mexico’s biggest airline Aeromexico and its unionized workers forged a last-minute accord early on Saturday to avoid a strike that could have ground some 300 flights a day, delaying a decision on a crucial sticking point.

The union known as ASSA, which represents about 1,300 Aeromexico flight attendants, had threatened a midnight strike if it did not get the 5 percent salary hike and 3 percent boost in benefits it sought.

ASSA had rejected an early proposal by the airline that combined a slightly smaller pay raise with “new competitive conditions” for future hires that the union said would unfairly slash their pay.

In its final offer, the airline proposed to raise attendants’ salary immediately by 4.7 percent, boost benefits by 1.5 percent, and set up a committee to make a decision on the prickly issue of new employee contracts.

Nearly two hours after the midnight deadline for a deal, the union announced it had accepted the proposal.

“Fortunately a conclusion has been reached by the assembly to avert the strike,” said Ricardo del Valle, ASSA director.

The agreement is good news for roughly 25,000 passengers – 14,000 domestic and 11,000 international – who travel daily on Aeromexico’s fleet of 56 aircraft and could have been affected by the strike.

Aeromexico, which carried 14.8 million passengers in 2012, went public in 2011. A group of local businessmen, along with Citigroup unit Banamex and airline Delta, hold stakes in the company.