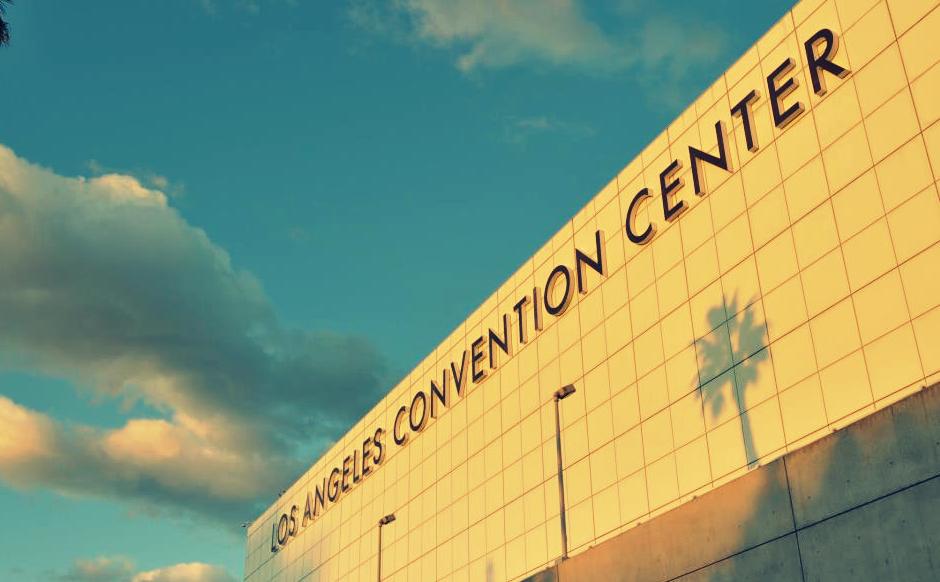 Ridiculous that the city is held hostage to a billionaire's whims about an NFL team. While LAX is finally being upgraded with a $4 billion investment, time a meetings and convention center comes up to match that.

The top budget official at L.A. City Hall said Friday that he will begin researching other strategies for upgrading the city’s Convention Center in case plans for developing a downtown football stadium fall apart.

One day after stadium proponent Anschutz Entertainment Group announced that its top executive had stepped aside and that the company was no longer for sale, City Administrative Officer Miguel Santana said the city’s consultants will begin examining whether other private developers could be tapped to fix the convention facility.

The city’s deal with AEG to develop an NFL stadium next to Staples Center provides for a $315-million upgrade of the convention center. But with AEG’s leadership in flux and the stadium agreement set to expire in October 2014, Santana said the city shouldn’t wait until the last minute to have other options available.

“There’s been a number of changes in strategy on AEG’s front for the last several months. This is yet one more change,” Santana said. “They announced AEG was up for sale … now they’re announcing that they’re not. In both cases, they said it actually helps to deliver football.”

“We’re still interested in completing the deal that we developed,” he continued. “But given the changes that have occurred and our commitment to improving [the convention center], looking at alternatives seems like an appropriate move,” he said.

Representatives of AEG had no comment. On Thursday, AEG owner Philip Anschutz told The Times that he is still focused on bringing the NFL back to Los Angeles. The decision to halt the sale of the company makes that prospect “more likely,” he said.

Those comments did not appear to reassure city leaders. Mayor Antonio Villaraigosa called Thurdsay on AEG to “live up to its commitment by immediately sitting down with the NFL” and hammering out a deal. Villaraigosa said city officials had lived up to their end of the deal with AEG by speeding up its approval process for a stadium and “will not wait” for AEG to move ahead with the convention center upgrade.

City leaders have been banking on new revenue from the stadium project — including lease income, property taxes and ticket fees — to help finance the convention center upgrade. Villaraigosa instructed Santana to report back in 30 days with alternative strategies for doing so. City Councilwoman Jan Perry, whose district includes the proposed NFL stadium site, made a similar request.

If AEG fails in its push for a team, Santana said, the city could look at other private partners, such as a developer of hotels and retail projects, to help finance an expensive convention center renovation. The stadium plan calls for one wing of the facility to be demolished and rebuilt nearby.

Santana said the city’s consultants will begin looking at other cities to see what strategies they pursued when renovating or rebuilding their convention facilities.

“Coming up with an alternative is not going to be easy,” Santana said. “But looking at alternatives right now makes sense.”

“For the past three years, the City has expedited our process and lived up to our end of a deal to bring the NFL to Los Angeles and create a world-class convention center.

Now that AEG is no longer for sale and they have indicated that bringing an NFL team to LA remains a priority, I call on AEG to live up to its commitment by immediately sitting down with the NFL to reach an agreement.

However, the City will not wait for AEG, or any other party, to move ahead with the needed improvements to make our convention center a premier destination for meetings and conventions. Last year, we saw a record number of visitors come to Los Angeles and those visitors help drive our economy, fill our hotel rooms and take advantage of the numerous sports and entertainment options that we offer.

We will continue to pursue the important work of making Downtown LA a better place to work, live, visit and dine regardless of whether the NFL and AEG reach that agreement.

I am directing the CAO to provide me options within the next 30 days that provide a path forward to ensure that the convention center modernization project moves ahead no matter what.”