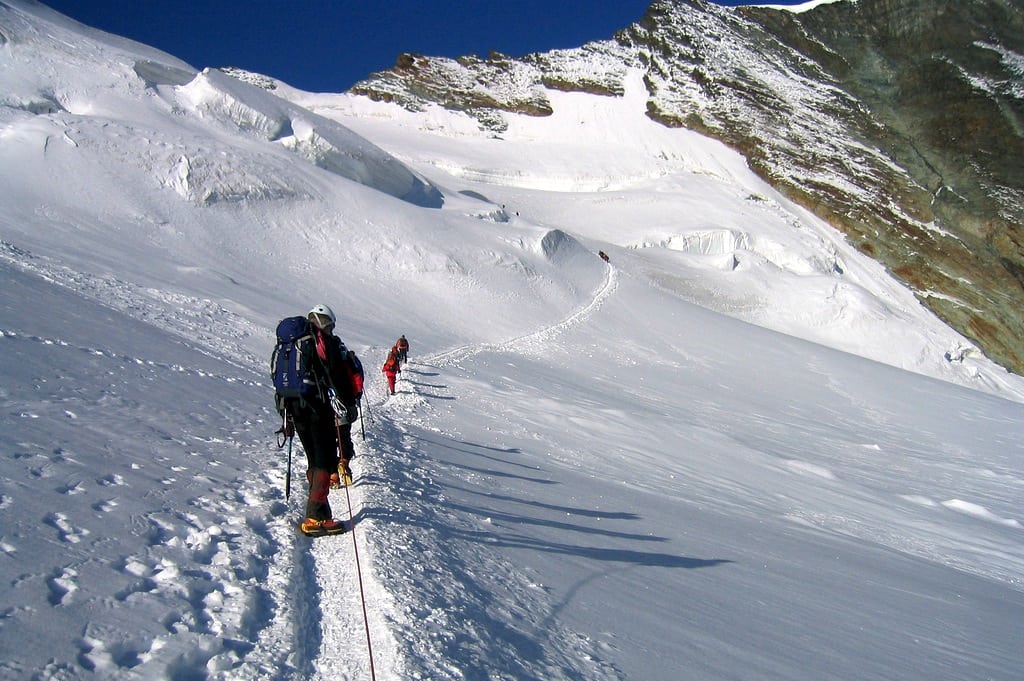 Skift Take
There’s no denying that Switzerland’s ski towns could use and upgrade, but their biggest challenge now isn’t modernization, it’s the powerful Swiss franc and how it scares away visitors.
— Jason Clampet
Share
Tweet
Share
Post
Send

Since hotelier Tobias Zurbriggen can remember, the business of running Saas-Fee has been a local affair. Now, the Swiss ski resort neighboring the Matterhorn is feeling the heat from a New York-based financier.

“It’s like a hobby which completely got out of control,” Offermann, 53, said in an interview from Long Island, New York. He wants to shake things up by managing hotels and the ski-lift operator in one company controlled by a single chief executive.

The franc’s 30 percent appreciation against the euro during the past five years is making his project more difficult as skiers look for better deals in euro-zone countries. Offermann is now seeking funds from international investors to finance new lift projects and connect Saas-Fee to Zermatt to make the valley less vulnerable to seasonal swings and competition from neighboring Austria, Italy and France.

Offermann, who is a Dutch national, got a taste of Switzerland when he worked at the CERN particle physics laboratories near Geneva during a one-year break from finance in 2003. He bought a chalet and now makes at least five trips a year to Switzerland for board meetings at Saas-Fee Bergbahnen, the ski-lift company in which he holds a 39-percent stake.

“We just have to show a return” to ensure Saas-Fee’s long-term success as a tourist destination, he said. “There’s just no way around it.”

Offermann’s focus on profit and lower costs is upsetting local residents who resent the build-up of foreign power in a village of 1,700. Fewer locals hold management positions and seats on the board. Pirmin Zurbriggen, who won the downhill ski race at the Olympics in 1988 and owns a hotel in the valley, is on the board.

Swiss ski resorts tend to be run by local alpine corporations, according to Paul Mathews, the Whistler, Canada-based president of Ecosign, a company that advised on the revamping of Zermatt and Laax ski resorts in Switzerland. All land owners in the village can vote and have their own say in how it is run, he said.

The Saas-Fee lift company was one of the biggest employers in the valley with almost 130 jobs at the peak. The number has been cut to about 100 as revenue fell 7.5 percent during the 2010-2011 ski season to 24.7 million francs.

“Why should one person be able to say what’s going on in the village? People don’t like that here,” Tobias Zurbriggen, 61, said in the lobby of his hotel where the wooden seats were hand-carved by his grandfather.

Saas-Fee highlights the challenge facing ski resorts in Switzerland as they adapt to pressure from the strength of the franc. Resorts accustomed to streams of affluent skiers and busy slopes have fallen on harder times as tourists opt for better deals outside Switzerland.

Swiss ski resorts suffered a 5 percent decline in overnight stays, according to the 2011 annual report of the Swiss tourist board. By contrast, Austrian overnight stays increased 0.9 percent in the same period, including a 13 percent increase in Swiss residents opting to ski there because of the rising franc.

Saas-Fee’s numbers are declining even after the resort ranked second best of 55 rated in Austria, Germany, Italy, France and Switzerland, according to a survey of 41,864 tourists conducted by Mountain Management Consulting.

“What’s amazing here is that when you open the blinds it’s like a postcard out your window,” said John Garland, an Australian tourist, in an interview on the slopes of Saas Fee. “I would definitely come back. It’s really beautiful.”

Offermann said he wants to widen the town’s appeal beyond “hard-core” skiers to Asian tourists by building a cable car to connect with Zermatt and showcase the ice fields between the two valleys near the border with Italy.

“The market is moving away from Switzerland faster than we are ready to do the restructuring,” he said. There are 550 ski- lift operators in Switzerland, with 350 boards governing them, and they need to merge to survive and become more cost efficient, he said.

“If you allowed these kinds of figures in any other industry, the companies would no longer be in business,” Flaig said. “Over the past 15 years, the ski-lift company was a classic example of laissez-faire.”

“If you look at the investments in hotels or restaurants in the last few years, you see that compared to the 1990s there was much less,” said Natalia Held, an economist at BAK Basel. “Now they are starting to build a few new big projects.”

Even as he resists Offermann’s increasing power, Zurbriggen said Saas-Fee needs to change to survive. Customers will no longer accept old lifts, one of which reminds him of “retro- style Disney world.” he said.

“Everybody should give his or her input, but in the end, the decision process isn’t a democracy,” Offermann said. “It has to be weighted by the stake one has in the venture.”