A glitch is a profit death sentence for airlines from El Al to United who are pressured to honor sales via social media; however, Alitalia scraped by without having to honor the tickets acquired for free.

Alitalia stands to lose tens of thousands of pounds after a computer error allowed internet users to purchase flights for next to nothing. 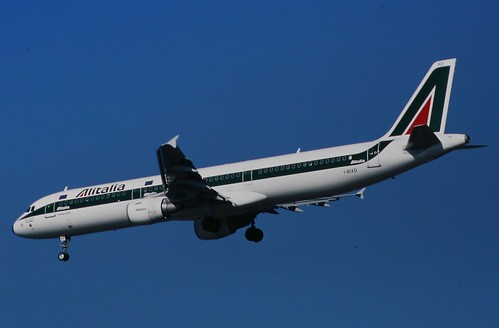 One passenger secured a ticket for £35 from Rome to New York. Photo by Dean Morley.

The airline launched a promotion on its Japanese website last weekend, offering JPY25,000 (£195) off selected flights to and from Tokyo and Osaka. However, a technical oversight meant that thousands of customers, including a number of Britons, were able to use the discount on other routes. Some were even able to use it on tickets valued at less than £195, allowing hundreds of people to secure free flights.

News of the mistake spread on social networking sites, leading to a surge in sales, and prompting Alitalia to scrap the promotion and cancel thousands of tickets bought using the offer.

Many passengers claimed the original terms and conditions did not state that the offer was limited to flights to and from Japan and responded with angry calls on Facebook, Twitter and internet forums for Alitalia to honour the bookings. Some threatened legal action. Two groups launched on Facebook, “Say No For Alitalia Tickets Cancellations”, and the more grammatically sound “Alitalia! Give Me My Ticket Back”, soon had more than 1,500 members.

Today the airline bowed to the pressure and agreed to return some tickets.

It said in a statement: “Alitalia intends to protect clients who have committed an, albeit minimal, amount with their credit card. We confirm the validity of the transactions requested on the Japanese site with a value greater than one euro . Those clients will soon receive an email with their ticket.”

Jeremy Myers, 35, from Manchester, was able to buy a return flight from Rome to New York for the equivalent of around £35.

He told Telegraph Travel: “The order went through and I was sent an e-ticket with flight numbers, order number, seat reservations, and so forth. Clearly, in contractual terms, an offer had been made, it had been accepted and I had received the product.”

However, a few days after making the purchase he was sent the following email from Alitalia: “Thank you for choosing alitalia.com. We regret to inform you that your ticket purchase has not been processed. Any amount debited on your account, will be credited back.”

He will now be able to enjoy a cut-price transatlantic crossing at the expense of the Italian flag carrier, whose financial situation is traditionally a cause for concern. It recorded losses of €201 million euros (£162m) during the first six months of 2012, and has not made a profit for more than 20 years.

It is not the first time an airline has been left to rue a computer glitch. United Airlines once mistakenly left off a zero on selected business class fares to Asia, allowing customers to book flights for $1,000, rather than the intended $10,000. Those who took advantage were allowed to keep their tickets.