Increased occupancy rates are a sign that the tourism minister’s prediction is more than just a pipe dream, but it will likely take more time for entire region’s tourism reputation to repair.

According to Hisham Zaazou, 8.8 million tourists visited the country in the first nine months of the year, and predicted that there would be up to 12 million for the entire year. 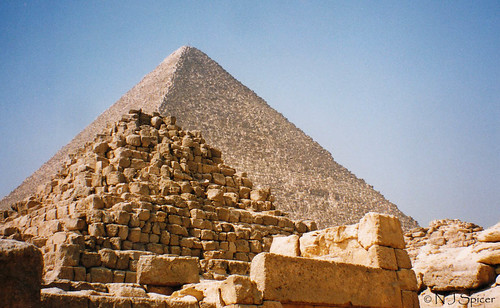 The Giza Pyramids in Egypt. Photo by Nieljs.

He cited high hotel occupancy rates as another reason for optimism, and said he expected visitor numbers in 2013 to return to the levels prior to the Arab Spring – the uprising which led to the end of Hosni Mubarak’s rule last year.

Mr Zaazou said Egypt hoped to welcome 15 million visitors in 2013, which would be approximately the same number that came in 2010.

Last month, the minister sought to reassure potential visitors thinking of visiting the country’s traditional beach resorts, such as Sharm-El Sheikh, saying holidays would not be affected by country’s new Islamic-led administration.

“Our desire to introduce additional products that would suit certain Arab and Islamic market segments … will not happen at the cost of our mainstream business,” he told Reuters.

Tourism accounted for more than 10 per cent of Egypt’s GDP prior to the Arab Spring.