Skift Take
Indian travel site makemytrip.com is selling the tickets for Oct. 13, supposedly the day after the crew strike is set to end, but anyone foolish enough to book that flight doesn’t deserve to reach their destination.
— Samantha Shankman
Share
Tweet
Share
Post
Send

Kingfisher Airlines in a fresh instance of violation of regulations has opened ticket bookings on its website from October 13, even as sector regulator DGCA awaits the airline’s response to a show-cause notice asking why its license should not be cancelled given its irregularities. 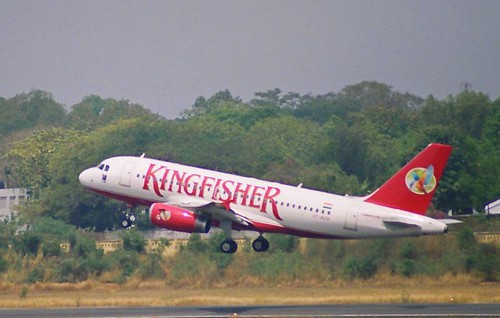 The government has said Kingfisher can’t fly until it submit a plan for company reorganization. Photo by Sameer Chhabra.

Even makemytrip.com, one of the largest travel portals in India has started selling Kingfisher tickets from the same date.

While other big travel portals said they haven’t got any cue from Kingfisher Airlines to start selling, neither do most of them want to sell the airlines tickets as they want to avoid problems like refunds in case of sudden cancellations, makemytrip.comsaid they have no control over this.