Authorities in New Orleans are attempting to stop tourism in the city’s Lower Ninth Ward, one of the districts hardest hit by Hurricane Katrina, following complaints by residents.

The 2005 disaster spawned an unexpected tourism industry, with operators guiding curious visitors around the neighbourhood, much of which remains desolate.

Although authorities prohibited the tour buses from entering the district in 2006 to prevent them from interfering with rebuilding work, residents claimed the ban was not being enforced. 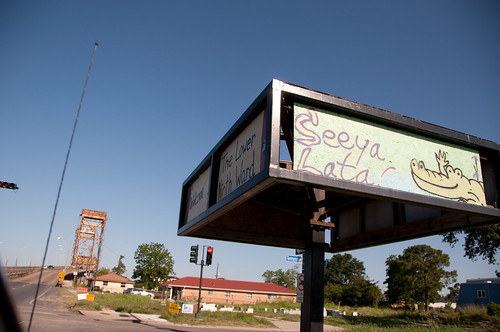 A growing number of complaints have now prompting the city’s council to act, with operators being stopped and fined in recent weeks.

“We’re fed up and tired of them coming through the neighbourhood like we’re some sideshow,” Vanessa Gueringer, a lifelong Lower 9th Ward resident, told the Associated Press. “After all the suffering we have been through, we deserve more respect than this.”

Around 30 companies offer tours of the Lower Ninth Ward, charging visitors around $25 each, and some are seeking to have the ban reversed.

Ernest Charbonnet, a city councillor, was due to meet with firms and residents today to discuss the possibility of allowing a limited number of buses to return. Some residents are even believed to welcome the tours, as they feel the attention attracts more financial aid, and a few local entrepreneurs have even sought to profit by selling sweets and souvenirs to passengers.

Tourism has also developed at the sites of other tragedies in recent years.

Following the partial sinking of the Costa Concordia, off the coast of Giglio in Tuscany, which resulted in the deaths of 32 passengers, companies in nearby Santo Stefano began offering boat trips to the wreck.