Costa Rica is poised to become the first Latin American country to ban hunting as a sport, after Congress on Tuesday provisionally approved reforms to its Wildlife Conservation Law.

Lawmakers voting on the ban voted 41 in favor and five against, and a second vote expected in the coming week is widely seen ratifying changes to the law, which aims to protect animals in one of the world’s most biodiverse countries. 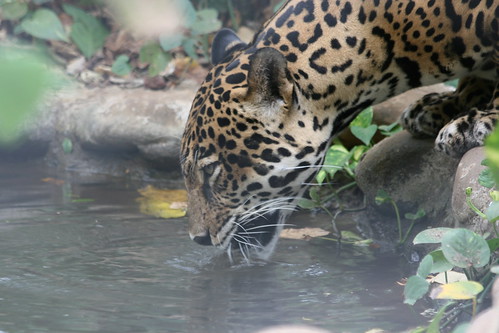 A puma at a shelter in Guancaste, Costa Rica. Photo by Marco Zanferrari.

Costa Rica’s national parks attract some 300,000 visitors annually, and tourism is a mainstay of the economy.

“We’re not just hoping to save the animals but we’re hoping to save the country’s economy, because if we destroy the wildlife there, tourists are not going to come anymore”, environmental activist Diego Marin, who campaigned for the reform, told local radio.

Jaguars, pumas and sea turtles are among the country’s most exotic and treasured species, and are often hunted or stolen as trophies.

The ban would not apply to hunting by some indigenous groups for survival, or to scientific research.

The Central American country is home to 4.5 million people. Famous for its sandy beaches, tropical rain forests and eco-friendly resorts, it owes roughly 5 percent of gross domestic product to tourism, which generates around $2.1 billion annually.