Skift Take
The recent policy reform that allows foreign investors a 49 percent stake in domestic airlines may be the saving grace for Kingfisher, which has withered to India’s smallest airline due to a mountain of debt and flight cancellations.
— Samantha Shankman
Share
Tweet
Share
Post
Send

Vijay Mallya said on Wednesday he was in talks with a foreign carrier to sell a stake in his ailing Kingfisher Airlines after the government relaxed foreign investment rules. “Yes, we are in talks,” Mallya told media in Bangalore ahead of Kingfisher’s annual shareholders meeting, but declining to give any names. 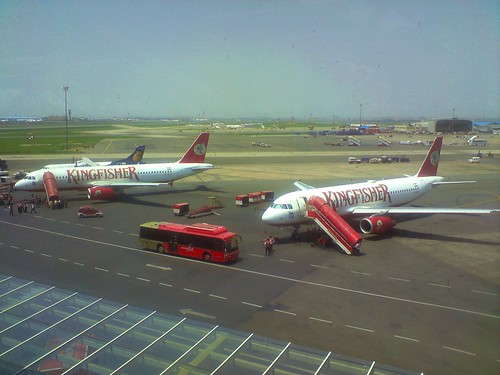 The once-successful airline has become the smallest of Indian carriers. Photo by Ashok Prabhakaran.

The flamboyant Mallya, who has not paid staff full salaries since April, has repeatedly said he has had interest from foreign airlines, but some analysts have questioned whether any investors would be prepared to put money into the group.