A 24-hour general strike has been called by trade unions in protest against a £9bn austerity package being discussed by the Greek government.

EasyJet has rescheduled 30 flights due to air traffic controllers joining the strikes. They were set to join the industrial action for three hours today, from 10am local time. 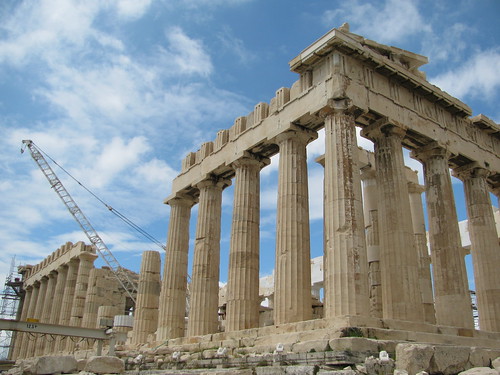 Museums and archaeological sites will be closed for the entire day. Photo by Luigi Guarino.

The airline warned: “The industrial action is also likely to affect public transport around Greece so we strongly recommend that customers allow extra time getting to and from airports.”

“Although outside our control, easyJet would like to apologise for any inconvenience caused.”

Ferry and rail services, including the suburban railway in Athens will be closed for the whole day, although the metro will operate normally.

Local bus services will operate from 9am to 9pm, while museums and archaeological sites are expected to be closed for the entire day.

The Foreign Office has also warned travellers to avoid demonstrations in Spain, after violent protests against austerity measures took place in Madrid yesterday.