Bookings in the U.S. were unscathed by the sinking and continue to grow in Asia, so the dip in European bookings may be as much an effect of the economy as a fear of accidents from tepid holiday-goers.

With a wrecked cruise ship still half submerged off the coast of Italy and Europe mired in economic troubles, the world’s cruise line industry has been navigating turbulent waters.

Industry leaders and analysts say the $37-billion industry is slowly rebounding from the crash of the Costa Concordia on rocks near the Tuscan island of Giglio in January and Europe’s economic woes. 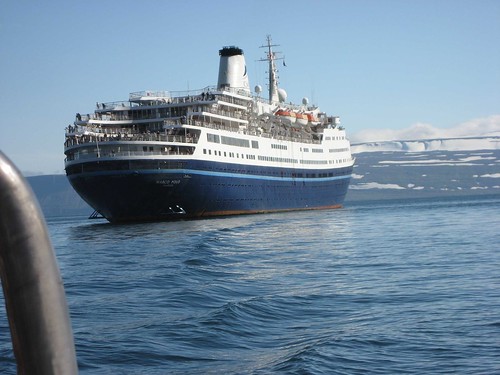 With the peak cruise booking period set to begin in January, industry executives say cruise trip reservations seem to be on the rise. A survey of 300 travel agents in North America in July found that 64% expected bookings in 2012 to surpass last year’s numbers.

“People generally understand the tragic Concordia incident was an extraordinary event,” said Christine Duffy, president and chief executive of the Cruise Lines International Assn., a trade group for the world’s largest cruise lines. “I believe travelers recognize that cruising is one of the safest, affordable and enjoyable vacation experiences available today.”

The Concordia accident seems to have had only a temporary effect on passenger bookings, and barely dented bookings by U.S. cruise passengers.

The ship, owned by a subsidiary of Miami-based Carnival Corp., struck rocks Jan. 13 and flipped on its side, killing 32 people. A salvage company hired to re-float the ship said the liner won’t be removed until spring at the earliest.

In the last three months of 2011 — just before the accident — passenger booking numbers reported by the cruising association jumped nearly 13% compared with the same period in 2010. But in the first three months of 2012, the number of passengers who booked cruises rose only 7.2%, according to the trade group.

The same slowdown in cruise booking was noted in the financial reports for Royal Caribbean International and Carnival, the world’s two largest cruise line companies. Immediately after the Concordia disaster, bookings dropped about 5% for Royal Caribbean andnearly 10% for Carnival compared with the same period in 2011.

But by the beginning of summer, financial reports for Royal Caribbean and Carnival showed booking numbers had improved, helped by new package deals and the launch of several new ships.

Cruise bookings among Europeans, who are struggling with high unemployment rates and a festering debt crisis, have dropped, according to industry reports. But the decline in European bookings has been offset by strong sales among U.S. vacationers, who represent as much as 50% of the industry’s passengers.

“The steady drumbeat of negative news emanating out of Europe is certainly having an impact,” Richard D. Fain, chairman and chief executive of Royal Caribbean International, said in a statement. “As a result, we are seeing pluses and minuses in the different geographic markets. North America is holding up reasonably well. Asia is a big plus but Europe is a pretty consistent minus.”

Analysts from Wells Fargo Securities issued reports in August, saying the signs of recovery for Carnival were “encouraging.” They predicted improved profit for Royal Caribbean in the next two years.

In the wake of the Concordia disaster, most cruise lines resisted lowering prices and instead pushed package deals such as cruise trips that included $50 on-board credit, a free dinner for two or pre-paid gratuities, according to cruise experts.

“For the most part, the cruise lines held pricing pretty steady,” said Michelle Fee, co-founder of Florida-based Cruise Planners, one of the nation’s largest travel companies specializing in cruise trips.

The deals helped attract passengers from the United States.

“The impact of the Concordia on North America was almost nonexistent,” said Stewart Chiron, a cruise expert and founder of the website Cruiseguy.com.

Still, some cruise ship passengers say the Concordia accident did make them think twice about taking a cruise trip.

“I was concerned about safety after the Costa Concordia disaster and I was afraid I would end up eating cafeteria food for a week and coming home with buffet body,” said Eric Rose, a public relations executive from Los Angeles, whose wife suggested a Caribbean cruise this summer for the couple and their two teenage boys.

But Rose said the family’s seven-day cruise on Royal Caribbean’s Allure of the Seas this summer changed his mind about cruises. He spent about $8,000 on the trip, saving $4,000 to $6,000 on previous family vacations to the Bahamas and Hawaii.

“I found that the cruise was first class, offered great value for the money and felt my family was safe and secure,” he said.

Industry insiders and travel agents are optimistic about the future, partly because an armada of new ships is scheduled to set sail this year and more vessels are expected to cast off next year.

Cruise lines that are members of the Cruise Lines International Assn. plan to add 13 new ships with nearly 18,000 beds onboard by the end of 2012. The new boats include the Carnival Breeze, a 1,000-foot ship that can carry 3,690 passengers, and the Disney Fantasy, a 1,115-foot vessel that can carry 4,000 passengers.

Next year, those same cruise lines plan to add six ships with 8,109 beds, according to the trade group.

The demand to take vacations on the new ships helped offset the slowdown in bookings in Europe, travel agents said.

“We are having a phenomenal year,” said Fee, whose travel company is enjoying a 12% increase in cruise bookings this year over 2011. Although some vacationers were hesitant to book after the Concordia disaster, she said bookings eventually surged as cruise lines began to unveil new ships and package deals.

“They continue to think of new ideas to drive people on board,” she said, noting that most cruise ships are now big enough to hold several restaurants and offer dozens of onboard activities. “This is not your grandmother’s cruise.”