Skift Take
Taxes on travel necessities plus sales taxes add up to a daily cost of $40.31, but the Windy City may need to rethink the effect a high-priced reputation has over the benefits of quick tax revenue.
— Samantha Shankman
Share
Tweet
Share
Post
Send

Chicago, the city that brought us deep-dish pizza, Oprah and “da Bears,” is also home to the nation’s highest tax burden for travelers. 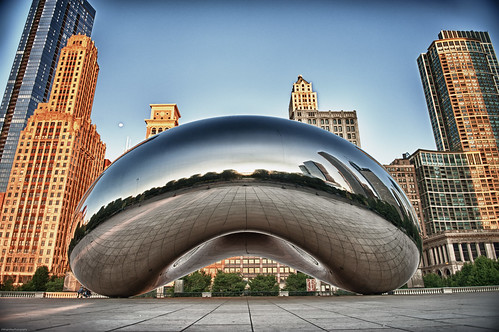 Three Floridian cities tied for the lowest traveler taxes at nearly half the cost of those in Chicago. Photo by Steve Wright Jr.

The lowest taxes imposed on travelers can be found in the Florida cities of Fort Lauderdale, Fort Myers and West Palm Beach.

Those are among the findings of new research by the GBTA Foundation, the education and research arm of the Global Business Travel Assn., a trade group for travel managers.

The foundation created a ranking of the destinations with the nation’s highest and lowest tax burden on travelers by combining general sales taxes and taxes charged to travelers each day for car rentals, hotel stays and meals.

On the other end of the list, the study found that the three Florida cities tied for the lowest combined taxes: an average of $22.21 a day.

The foundation conducted the study to highlight such charges as bed taxes on hotel rooms and airport surcharges added to car rentals that may discourage visitors.

“Cities and states must think carefully about the sales that local businesses will lose because of the higher costs that travel taxes impose,” said Joseph Bates, senior director of research for the foundation.

A spokeswoman for the group that promotes travel to Chicago declined to comment, saying she had not seen the study.