The cruise industry in Florida continues to be very, very big business Cruising may have had a tough year in the press, but disasters haven't hurt Florida's cruise industry as passengers are still flocking for cheap escapes from convenient ports to sunny locations. 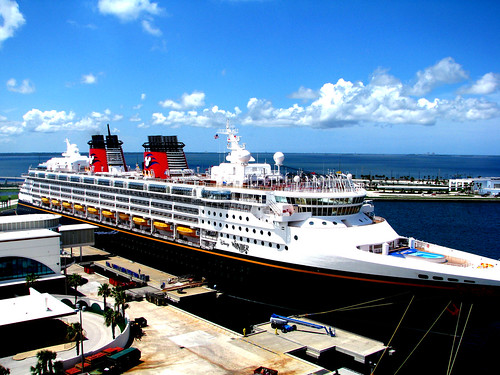 Cruising accounted for $6.7 billion in total economic impact in Florida from direct spending, according to a Cruise Lines International Association study released Thursday.

“Not only does Florida handle more cruise passengers than any other state, it is the home of corporate or administrative offices for 12 CLIA member cruise line brands,” CLIA President and CEO Christine Duffy said in a statement.

“These 2011 economic impact findings are further evidence that the industry’s partnerships with businesses, port facilities and government throughout the country continue to provide growing benefits to local and state communities as well as the national economy,” she added.

The study’s findings come as no surprise to executives at Port Everglades and PortMiami, which for years have held the No. 2 and No. 1 spots among the world’s busiest cruise ports.

“The cruise industry is healthy and robust at Port Everglades, with increases in direct employment, personal income and state and local taxes,” Chief Executive and Port Director Steven Cernak said.

Port Everglades saw 3.9 million cruise passengers in fiscal year 2011, and had an economic impact of $15.3 billion of which cruising accounted for $1.8 billion, according to port data.

For the last four years PortMiami has welcomed about 4 million cruise passengers annually. The port has an economic impact of more than $18 billion, of which cruise business is a significant portion, officials said.

“We look forward to continued strong growth over the next year with the arrival of three new cruise brands that will homeport here,” PortMiami Director Bill Johnson said in a statement.

Still neither port is resting on its laurels. Port Everglades is renovating and modernizing four cruise terminals and expanding one berth to prepare for more growth, Cernak said.

PortMiami will invest more than $30 million in the next few years to enhance its cruise facilities, which will include new passenger boarding bridges, an upgraded baggage system and expanded areas for security screening, officials said.