Singapore has positioned itself as a leisure destination and business hub for Southeast Asia and is reaping the benefits of location and utility that will continue to make the country's hoteliers very wealthy.

Even as Singapore’s trade-dependent economy faces risks in the wake of a global slowdown, one sector in this Southeast Asian island state stays upbeat. 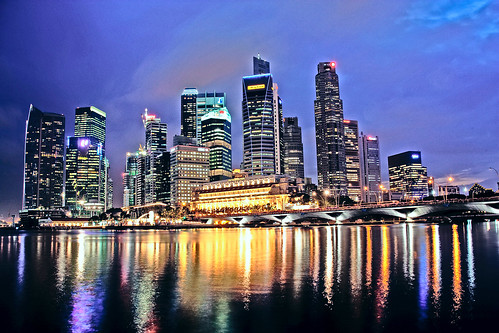 Singapore hosted nearly 6 million visitors from January to May 2012, a 12.3 percent increase over last year. Photo by JJCB.

The hotel industry has had a great year so far with total revenues over the first five months hitting $1.1 billion, according to the Singapore Tourism Board, a jump of 6.6 percent year on year.

The hotel industry is reaping the benefits of a growing number of visitors, who continue to flock the tiny island for leisure and business. A financial hub and gateway to the Far East, Singapore has continuously been reinventing itself to attract visitors. From 2008 it has been hosting the Formula One’s only night race and in 2010 opened its first casino. It is also increasingly positioning itself as a medical, educational and tourism hub.