JetBlue to end Burlington-Orlando nonstop: Few care, but it tells a story Expect reduced service and competition on a couple of dozen major routes and for regional and smaller airports when American Airlines emerges from bankruptcy and inevitably merges with US Airways or another airline.

There will be no Congressional hearings, airline boycotts or much fuss now that JetBlue brass met with Vermont officials and confirmed that the airline plans to end in late November its only nonstop flight from Burlington Airport to Orlando.

JetBlue, which had operated the flight for several years, will continue to fly from Burlington to New York City airports, and from there customers can catch connecting flights to Orlando and under-served Florida airports. 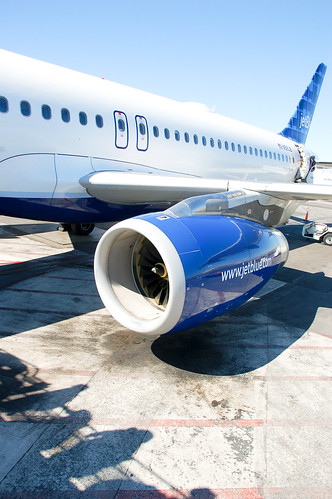 The Burlington Airport’s interim director admits the nonstop flights were popular, but JetBlue didn’t see the consistent numbers it sought, according to a Boston.com story.

In recent years, the Burlington-Orlando story has been repeated untold times as major and minor carriers have cut service to regional or smaller airports.

As a traveler, you just can’t get from here to there anymore — at least not conveniently.

And, the situation will only get worse with the next big airline consolidation scenario — American Airlines with US Airways or whomever the dance partner ends up being.

For example, the recent American Antitrust Institute-Business Travel Coalition white paper on a potential tie-up between American and US Airways suggests overlapping service on 22 routes would lead to capacity reductions at hubs, and would have a ripple effect.

Delta did it, too

And, given the track record from the Delta-Northwest merger, such consolidation fever would be bad news for smaller airports, communities and travelers trying to get there.

“It is worthwhile noting that while our analysis does not include behind-the-hub airports, a highly probable result of capacity adjustments at hubs is the degradation of service to behind-the-hub communities, which includes small and medium-size cities,” the white paper states. “Moreover, empirical work supports the notion that consolidation leads to consumer welfare losses involving small airports, with evidence from the Delta-Northwest merger.”

Such is the undeniable trend in this era of airline mergers and deregulation as passengers from airports large and small have to cope with higher fares, reduced airline capacity, and fewer options in finding flights that don’t include stopovers and do feature lots of downtime.