Belgian tourism officials are really angry with the weather service

Everyone knows the right answer isn't to sue the weathermen but to play god a la Vladimir Putin and seed the clouds with cement dust in order to prevent rain. 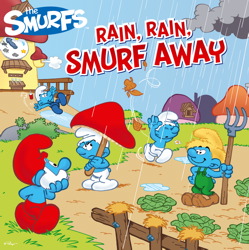 Tourism officials on Belgium’s coast are so upset about a long-term forecast for a rainy summer that they are considering legal steps against the weather service.

The officials say a report by private weather bureau Meteo Belgique, which was published in tabloid newspaper Het Laatste Nieuws and predicted only five days above 25 Celsius in July and bad weather in the first half of August, was bad for business.

“Those predictions are unscientific. They predicted the first two weeks in August to be bad and we get cancellations immediately. That’s not acceptable,” said Daniel Despiegelaere, head of tourism in the upmarket seaside town of Knokke-Heist.

Members of the local hotel and restaurant federation were now looking at possible legal action.

Belgium’s 65 km (40 miles) of coastline generates tourist revenues of 2.8 billion euros ($3.5 billion) per year, a third of which is in July and August, said Geert Hoorens of regional tourism office Westtoer.

“I don’t see this happening in France, that they (forecasters) say: ‘There’s bad weather in the Cote d’Azur, Provence and the Pyrenees, everybody off to Luxor, Marrakesh and Djerba’,” he said, adding that his organization had not considered suing.