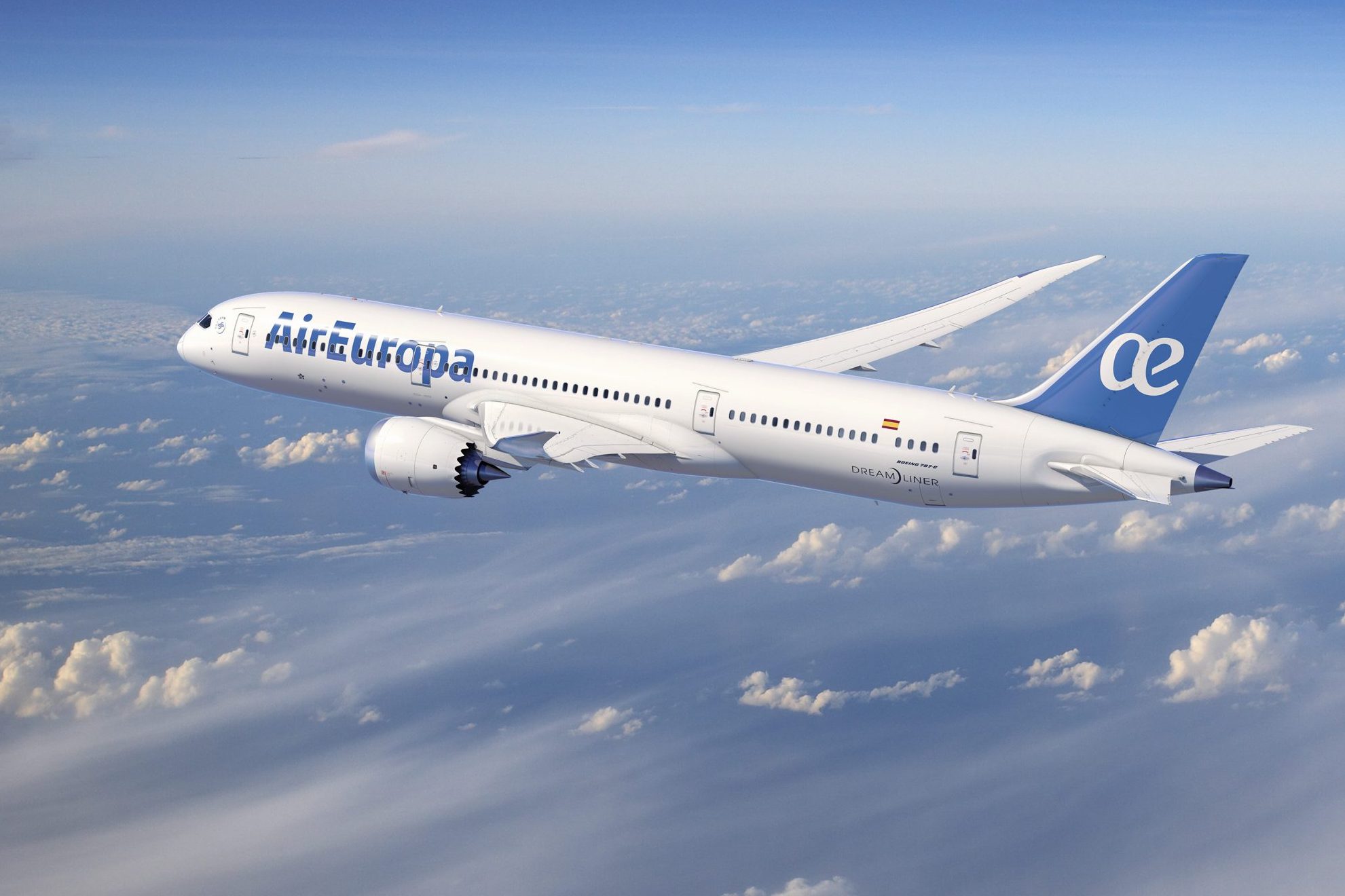 The pandemic prompted airlines to modernize their operations with technology, and they're not stopping. Third-party companies can help by offering new solutions to supplement airlines' existing old and limited infrastructure.

The pandemic has pushed airlines toward innovation — typically supplementing their old, limited technology with newly created pieces of software.

Now that airlines are returning to a place of solid financial footing, they can take what they have learned and make it better.

Much of that innovation is happening by contracting third-party software companies. Below are details about how three airlines — Latam Airlines, Volaris, and Air Europa — each have made or expanded partnerships recently to modernize operations and lower costs.

Latam Airlines, which serves Latin America, was inundated with flight change and cancelation requests in the early days of the pandemic. Many of the customers had to complete the transactions over the phone through expensive contracted call center agents.

With a new CEO, Latam decided to move toward a system that would prioritize customer service — and save money for the airline.

“What I’m going to tell you probably could be said by many airlines: We have spent our whole life saying that we were customer oriented, but reality is that our backbone systems are everything except customer oriented,” said Ricard Vilà, chief digital officer of Latam.

For over a year, Latam has been using a software platform by startup Deal Engine, which automates airline ticket refunds and changes on behalf of airlines, online travel agencies, and other clients.

If a customer needs an exchange or refund, Latam starts with automation software provided by Sabre, but that’s only effective between 50 and 80 percent of the time, Vilà said. For the ones not solved through the Sabre system, Latam now sends them to Deal Engine, which he said pushes that percentage to the high 90s.

That means only a small percentage of refund and exchange issues need to be solved by people in a call center, which he said has boosted the airline’s customer feedback scores.

“So we are able to send a much smaller number of our customers to go through this unpleasant experience of having to talk to someone for several minutes,” Vilà said.

Latam pays Deal Engine for every transaction it completes, which is still less than the cost it would be through a call center. Vilà did not disclose specific savings numbers that Latam has achieved, but the impact goes beyond the dollars saved for each transaction.

“It’s about the impact on the willingness to continue to be a lifelong customer. Companies that don’t make the shift to the customer-centric will not be there in 5, 10 years or more. You have to do it,” Vilà said.

Deal Engine said airlines spend 2–5 percent of annual revenue on call centers dedicated to post-booking activities because much of it is done manually, the company said. In total, he said there are about 100,000 employees who work full-time to change airline tickets.

Deal Engine said it has more than 90 clients from 25 countries, including two of the world’s top 10 online travel agencies and a major Latam Airlines. The startup has a couple of other airline clients in the pipeline, Jara said.

Historically, the ultra-low cost airline Volaris contracted call centers to complete customer service requests, but it was overwhelmed with calls during the pandemic like the rest of the industry.

Mexico-based Volaris expanded its existing customer service software contract with Verint, adding a chatbot function and connecting it to WhatsApp, the main conversational platform in Mexico. Through that software, Volaris could more efficiently handle post-booking transactions.

“This project, for us, is one of our biggest examples of digital transformation across the company,” said Daniel Gelemovich, director of marketing and digital for Volaris.

Before Volaris started the chatbot pilot with Verint, it took 20 hours to return a customer’s inquiry. Now, it takes minutes, Gelemovich said.

Once the chatbot was implemented, it could solve 70 percent of questions without human intervention. About 18 months later, it solves roughly 84 percent of questions. About 78 percent — 4 million — of customer communications are now completed through chat functions that do not involve human interaction, he said.

The customer satisfaction score has increased from 46 percent in Oct. 2020 to 79 percent at the end of this October, he said.

If a customer needs to be transferred to chat with a live agent, the agent can view the reason for the contact, as well as work on five to seven cases at once. The software can also alert customer service agents to when a purchase has not been completed so they can help push it through.

“With the money we generate for these purchases … more or less, we offset the cost,” Gelemovich said. “So it’s marvelous because attention is better, cost is down, clients are more satisfied, and it’s paid by itself.”

New York-based Verint provides customer service software to roughly 40 airline clients, among those other verticals. The case with Volaris is in line with what the company is seeing with most of its new airline business — much of it is coming from existing customers that want to add more services as they ramp up digitization, according to Jason Valdina, senior director of go to market strategy for digital-first engagement channels at Verint.

Air Europa is pushing the biggest travel agencies to pay through a newly contracted third-party platform, part of a plan to cut traditional credit card companies out of the equation.

The Spain-based company will be the first airline to implement a new closed-loop payment platform offered by fintech company Nium. The method is “closed loop” when both the buyer and the seller – in this case, the airline and the travel agent – are registered to use the intermediary platform. (PayPal and Zelle are examples of closed-loop payment systems because both parties need to be registered with those financial platforms to use them.)

When travel agencies use traditional credit card methods, airlines in Europe can be charged as much as 3 percent in fees. The agencies can get a cut of those fees, which is why they are incentivized to use those methods. Air Europa is pushing back on that model because the high fees are harsh against an airline’s razor-thin margins, said Yago Casasnovas, head of payment, fraud prevention, and distribution for Air Europa.

“In some cases, we’ve told them that if they keep using those cards, they will be penalized,” Casasnovas said.

That’s what has opened agencies to discussing other options, he said, and now Air Europa offers the Nium platform.

“It’s a tenfold difference in cost in the best case scenario,” Casasnovas said.

The capability is powered by Universal Air Travel Plan, the network established in 1936 that is dedicated to payments for travel-related expenses. Nium gained the tech for this offering through the acquisition of Ixaris in 2021.

Nium acts as a sort of real estate agent between the airline and travel agencies, leading individual contracts with each of them to use the platform.

The idea of a close loop in travel is not new. It’s been tried before, but scalability is the main issue, said Spencer Hanlon, head of travel at Nium. That’s why it has taken three years to announce the first airline partner. Especially with one airline now having signed on, he expects more to join soon.

“The industry moves as a herd. Really it starts to move when you get a group of well-known household names signing up,” Hanlon said. “We expect early next year to get some of those household names signed up. And I say that with a lot of confidence because we’re in the contractual phase.”

He said this is a good time to push for this type of change in industry, as airlines are returning to a position of authority post-pandemic.

“And everyone’s looking for a more modern, democratized form of payment, and so all these things are coalescing together,” Hanlon said.

“You need the support of the leadership of that airline to actually put the resources and commercial policy behind what you’re trying to do. Because the pushback is quite strong at times.”

Photo credit: Air Europa is a Spain-based airline that serves more than 130 destinations.