Travelport has been running a slick marketing campaign about its innovations that showcases dancers and snowboarders. But we wanted the nerdy details about what's technologically changing. So here's the first in-depth interview with the company's new tech chief. 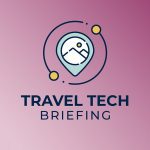 Editor’s Note: Skift’s Senior Travel Tech Editor Sean O’Neill each week brings readers exclusive reporting and insight into the world of travel tech, and how it is having an impact across the industry in times of recovery and beyond. The briefing will be an essential guide for travel executives to decide if their company should “build, buy, or partner” to stay ahead.

“(This year) is going to be a watershed year for Travelport,“ Kershaw said.

One challenge facing Travelport is with the reservation software it offers travel agents. The agents differ on the kind of software they prefer.

The company is also adopting a broader array of ways of exchanging and analyzing data.

One of the striking aspects of the new Travelport is its focus on simplification and its related decision to double down on its core business of distribution.

Kershaw has a few principles that animate his plans for Travelport. “Less is more” is one of the them.

Kershaw believes that the airline sector could do a better job with standardization in distribution and selling.

In a key point for engineering nerds, Kershaw doesn’t believe Travelport’s goal should be to universally adopt a particular class of API, or application programming interface.

Cynics might wonder if Kershaw has adopted that position because Travelport doesn’t have the resources for a full shift.

Hiring top developers is critical for Travelport to stay ahead.