Radisson CEO Divulges Why Company Had to Split in Two 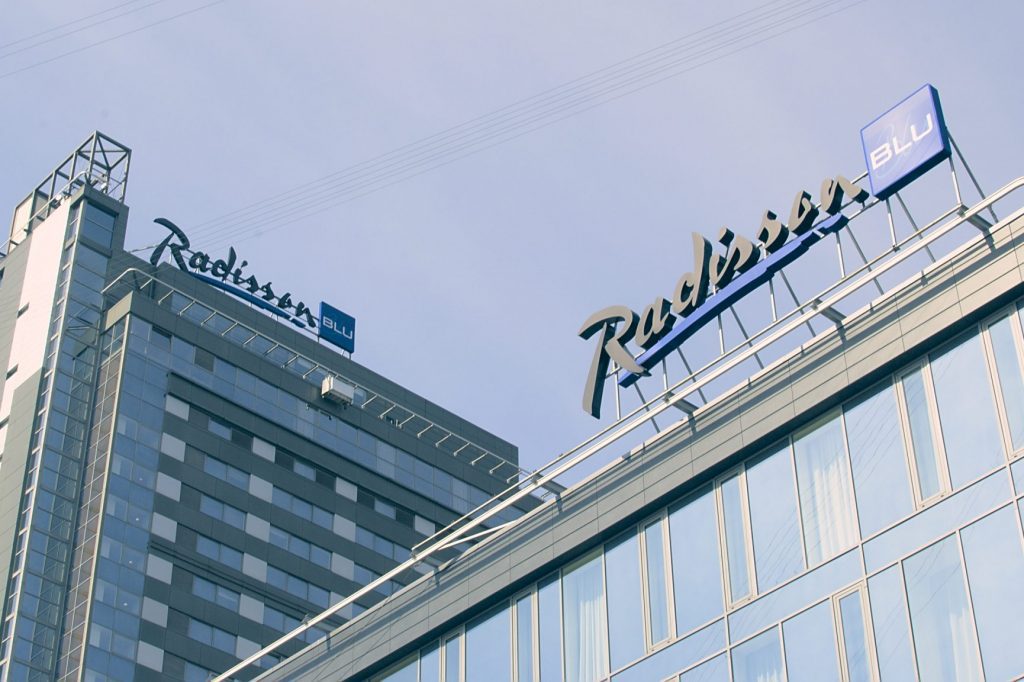 The Radisson hotel empire is more complex these days than it was a year ago, and the company’s Americas CEO is finally explaining why.

Company leaders initially touted the separation earlier this year as one aiming to deliver an “even more personalized experience” for loyalty members and never really gave a clear answer when contacted twice previously by Skift this year. But it all boils down to wanting to protect the data of U.S. citizens from Chinese cybersecurity risks.

“It’s really driven by the U.S. government wanting to make sure that the data of all U.S. citizens is fully protected from leaving the United States [and] from being accessed from outside of the United States,” Radisson Hotel Group Americas CEO Jim Alderman said in an interview with Skift. “They wanted to make sure that we had completely separate systems. And that was really the primary Herculean effort that went on was completely separating the two companies.”

The previously fully intact Radisson was owned by a Chinese state-owned firm, Jin Jiang International. The Chinese owners agreed to cleaving the company to be able to continue to do business in the U.S., rather than face a potential ban by the U.S. government.

Radisson leaders had to juggle the early days of the pandemic at the same time as the detangling. The main IT severing with Radisson Hotel Group only took 45 days after U.S. officials informed the company in late March of last year a separation was necessary, Alderman said. The first time the company had any idea there was going to potentially be a government order for such a deal was 2019. “A Saturday in late March [of 2020] is when we first found out that we’ve got to go address this,” Alderman said. “That’s when you can either start a negotiation as to everything that the U.S. government is going to want you to do to be able to maintain your business or sell. It’s a much easier path for our owners to sell, but that’s not what they wanted to do.”

Marriott discovered in 2018 a data breach that involved roughly 500 million guests who stayed at Starwood Hotels & Resorts — a hotel company Marriott acquired in 2016 — in the four years leading up to the discovery. That security breach was later traced back to Chinese hackers working on an intelligence gathering mission, the New York Times later reported.

The U.S. government crackdown on technology entanglements with Chinese companies intensified last year, as the then-in-power Trump administration publicly lashed out against China amid an intensifying trade war. Radisson wasn’t the only company impacted. The administration made moves to ban the Chinese-owned social media platform TikTok as well as messaging app WeChat.

Current U.S. President Joe Biden entered office in January of this year and later rescinded the TikTok and WeChat ban via executive order this summer. But Radisson continued with its split in light of U.S. concerns of data sharing with a foreign entity like Jin Jiang Holdings.

There are plenty of foreign hotel companies that do business in the U.S., but a company like Accor isn’t state-owned like Jin Jiang.

“It’s not like anyone did anything wrong, but it’s just when the U.S. government thought about the level of transactions, [it was a realization of] ‘Wow, hospitality companies collect a lot of data,’” Alderman said.

Radisson Hotels Americas has a little more than 600 hotels across brands like its various namesake entities and Country Inn & Suites. While the company can still piggyback off the global brand recognition of Radisson, scaling down the reach of a loyalty program seems to fly in the face of the greater hotel industry’s “bigger is better” mantra during the pandemic.

Sonesta International Hotels Corp. went from a company with less than 100 hotels to more than 1,000 practically overnight thanks to its acquisition of RLH Corp., the parent company of Red Lion Hotels. Major companies like Hyatt and IHG Hotels & Resorts have also pushed into expansion mode, either through acquisitions or organic brand growth.

Alderman doesn’t think the narrowed Americas concentration to his company puts a lid on how much growth is possible, given how much franchise opportunity he expects from markets like the U.S. and Latin America. Brands like Park Inn and Park Plaza have smaller footprints for the company today, but that is expected to change.

“The most interesting thing about Park Inn and Plaza is they’re two of our absolute smallest brands, but they have such amazing recognition because there are still some hotels that are Park Plazas out there that aren’t ours,” Alderman added. “We plan on taking advantage of that unaided awareness.”

Two Park Plaza deals are close to finalizing in the U.S. while the company expects Park Inn to grow significantly in Latin America.

Alderman also expects more growth with brands like Radisson Blu, which is one of the largest upper upscale hotel brands in Europe that has a significantly smaller presence in the U.S. He also hinted at future changes to the Country Inn & Suites brand — likely putting more of an emphasis on its ties to Radisson — as well as a buildup of the company’s soft brand presence in the Americas.

At the same time Radisson is looking to beef up its portfolio, the company’s competitors are actively trying to ink deals with owners of existing hotel assets to take on one of their own brands. One of the main selling points for a company like Hilton or Marriott is the global reach they can provide through loyalty programs and distribution channels.

But Alderman doesn’t hear many Radisson Hotels Americas franchisees complaining about losing ties to the global Radisson network. Most Radisson franchisees in the Americas don’t operate a hotel in the center of a massive, global city.

“Probably the biggest benefit of a global link up, if there ever was one, would have been for more center city assets with direct travel from outside [countries],” he said. “For the vast majority of our franchisees, I’ve never heard that mentioned one time.”

Photo credit: The U.S. government's push to keep American data out of the hands of foreign governments meant Radisson had to completely restructure its global business. Hanna Sörensson / Radisson