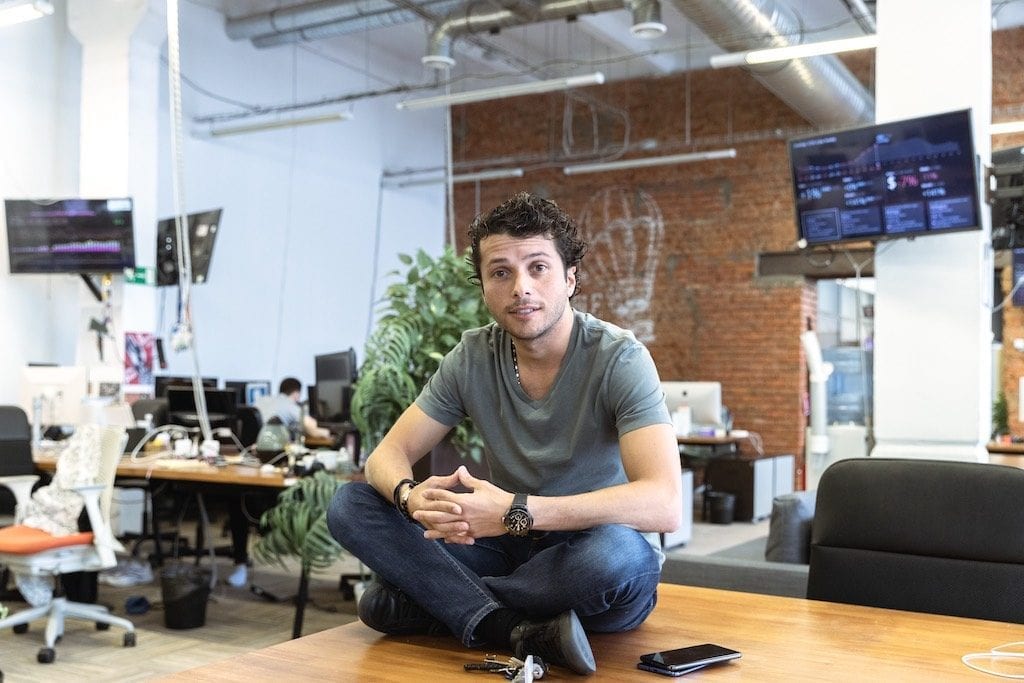 Travel startups announced more than $360 million in funding in the last couple weeks. Here’s this latest in tech funding.

Here are other companies that recently announced funding rounds.

Shenzhen Capital Group led the latest round and the company has now raised $155.6 million in total.

Like other tours and activities businesses, it has grown steadily over the past couple of years and claims to be in more than 90 countries and 1,800 cities.

>>Bus.com, a bus-charter platform based in Montreal, raised $14.9 million ($19.6 million CAD) in Series B funding led by Autotech Ventures and Cycle Capital Management. In the age of “flying shame,” the Uber-like business model offers group travelers another greener alternative—without the hassle of old-school bus charter companies. They plan to use the funding to add talent to the company.

>>FLYR, which uses AI software to predict volatility in flight prices, raised $10 million in Series B funding, bringing its total funding to date to $25 million.

While the dynamic pricing platform started out with a consumer-facing model akin to the likes of Hopper, Google Flights, and Kayak, it has since pivoted to an enterprise focus, selling its fare prediction technology to airlines that want to boost conversions. Though backers for this round were not disclosed, former investors have included Peter Thiel, JetBlue Technology Ventures, AXA Strategic Investors, and Amadeus.

As its CTO and co-founder Alexander Mans told Kambr Media, “We can give airlines some cushion to defend against tougher times and increase their ability to cope with changing conditions— something machine learning is perfectly suited for.”

>>Emerging Travel Group, which owns RateHawk, ZenHotels, and Ostrovok, has closed a $10 million financing round led by technology entrepreneur Lev Leviev of LVL1 Group and the family office of Playrix co-founders, Igor and Dmitri Bukhman. The investment aims to accelerate the development and further international expansion of the Group

Entrepreneur Lev Leviev of LVL1 Group and the family office of Playrix co-founders, Igor and Dmitri Bukhman, led the round. Emerging Travel Group raised $53 million before this round according to its press releases.

The company’s business-to-business Brand, RateHawk, is an online hotel-booking platform that sources more than 1 million hotels, apartments, and hostels from 85 suppliers worldwide and 29,000 direct hotel contracts and is used by over 9,500 travel professionals. RateHawk plans to hire more than 50 workers thanks to the funding.

>>ConnexPay, a payment provider for travel companies, has raised a Series A funding round of $7 million. BIP Capital led the round. The startup hasn’t revealed a prior seed funding amount.

ConnexPay works by seamlessly matching payments from businesses to travel suppliers in real-time. The technology reduces risk, eliminating the need for online travel agencies, tour operators, and consolidators to pre-fund payments or obtain lines of credit.

The Atlanta-based startup describes its service as matching payments from travel buyers to travel suppliers in real-time and thus eliminate the need for online travel agencies, tour operators, and consolidators to pre-fund payments or obtain lines of credit.

>>Citcon, a financial technology company that helps Western companies accept the preferred forms of digital payment of Chinese travelers, said it recently raised $5 million in venture funding in an undisclosed series of investment.

By the end of this year, Citcon expects to help more than 50,000 retail, travel, and other merchants in the U.S., Canada, and Europe accept cross-border mobile payments from Chinese buyers. It offers point-of-sale and online solutions to accept QR-based mobile wallets from Alipay, WeChat Pay, and China UnionPay. It also helps merchants run marketing and loyalty campaigns.

CVA Angels and 757 Angels were major contributors to the funding.

The Richmond, Virginia-based company helps hotels and other companies inform guests about events nearby that may be of interest. It aims to match event recommendations to guests based on data it analyzes about the guests.

>>Taxi2Airport, an airport transfers platform, has raised $2.5 million (€2.2 million) in Series A funding. VOC Capital Partners and existing investor Venture Builders Capital participated in the round.

The Amsterdam-based firm, which has now raised a total of $3.6 million (€3.2 million), plans to use the cash to add more business partnerships and expand into Asia.