American Airlines Cracks Down on Smart Luggage With Built-In Batteries 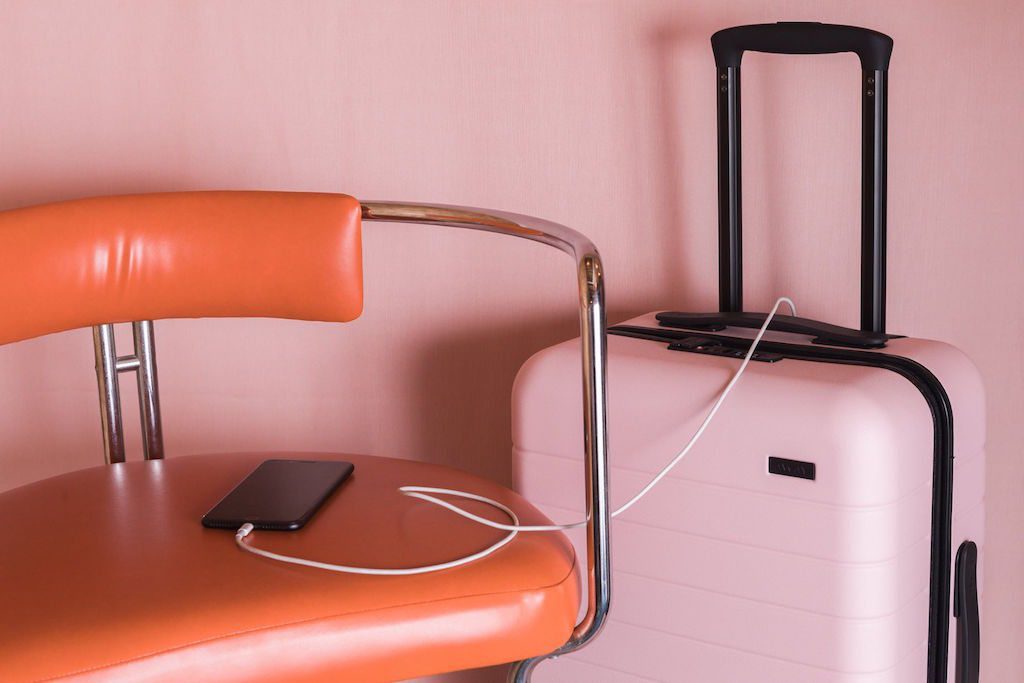 This is a good move by American Airlines. Yes, passengers should know they can’t check luggage with built-in chargers. But there’s always a big scrum on the plane or at the gate when bags must be checked at the last minute. Surely, some passengers forget to remove the batteries.

Carry-on bags with built-in lithium battery power chargers are useful for any traveler with battery anxiety — that feeling you get when you’re running out power for your mobile phone, and you’re not sure what to do.

But U.S. airlines are warning passengers the fancy bags may cause problems onboard.

American Airlines on Thursday announced a new policy that will require passengers to prove the batteries can be removed from luggage, if necessary. Even though the smart bags are sold as carry-ons, American knows passengers, at the last minute, may need to check luggage that does not fit in bins. And while battery chargers are permitted in the cabin, they’re potentially dangerous in the plane’s belly, where they’re not allowed.

“Smart bags contain lithium battery power banks, which pose a risk when they are placed in the cargo hold of an aircraft,” American said in a statement announcing the policy, which goes into effect on Jan. 15.

It’s the latest warning for an issue getting increased attention. Lithium batteries are a danger everywhere on an airplane because they may catch fire. But it’s generally considered safer to have them in the cabin, where crews can easily extinguish flames, than in the cargo hold. Every so often, a lithium battery catches fire on a plane, and, while it’s not ideal for passengers, flight attendants are trained to put it out.

One of the better known smart luggage brands is Away, a millennial-friendly operation started in early 2016 by former executives at Warby Parker, the popular mail-order glasses store.

While Away has a few stores in larger cities, it sells many of its bags on the internet. Its carry-ons come with built-in batteries capable of charging everything that uses a USB cord, including cell phones, tablets and e-readers. Away says travelers can charge an iPhone five times before they must plug in the charger.

Away’s chargers can be removed – but only if a traveler remembers to bring the TSA-approved screwdriver that comes with the bag. On its website, the company warns passengers that they should remove the battery if forced to check it, though it’s likely some forget to do so.

Many other companies also make similar bags, some of which travelers can track via bluetooth.

After American’s announcement, other U.S. airlines told Skift they also intend to change their policies.

A spokesman for United Airlines said: “We are working on announcing a similar policy.” Meanwhile, a spokeswoman for Southwest Airlines said the carrier will be making changes in late December to ensure passengers do not check smart luggage with mobile devices chargers embedded in them.

Asked if Southwest would also ask passengers to prove batteries can be removed, the spokeswoman said, “We are still reviewing our policy.”

Delta Air Lines said late Friday it will update its policies, also effective Jan. 15. It wants to be sure passengers remove batteries before checking smart bags.

“Delta and Delta Connection will no longer accept as checked or carry-on luggage so-called ‘smart bags,’ or smart luggage with non-removable lithium-ion batteries, due to the potential for the powerful batteries to overheat and pose a fire hazard risk during flight,” the airline said in a message on its website.

“Smart bags with removable batteries will still be allowed if the battery can be removed on site and taken on board the aircraft with the customer,” Delta added.

Photo credit: Away, a luggage company, makes bags with built-in chargers. American Airlines want to make sure passengers can remove the batteries. Away