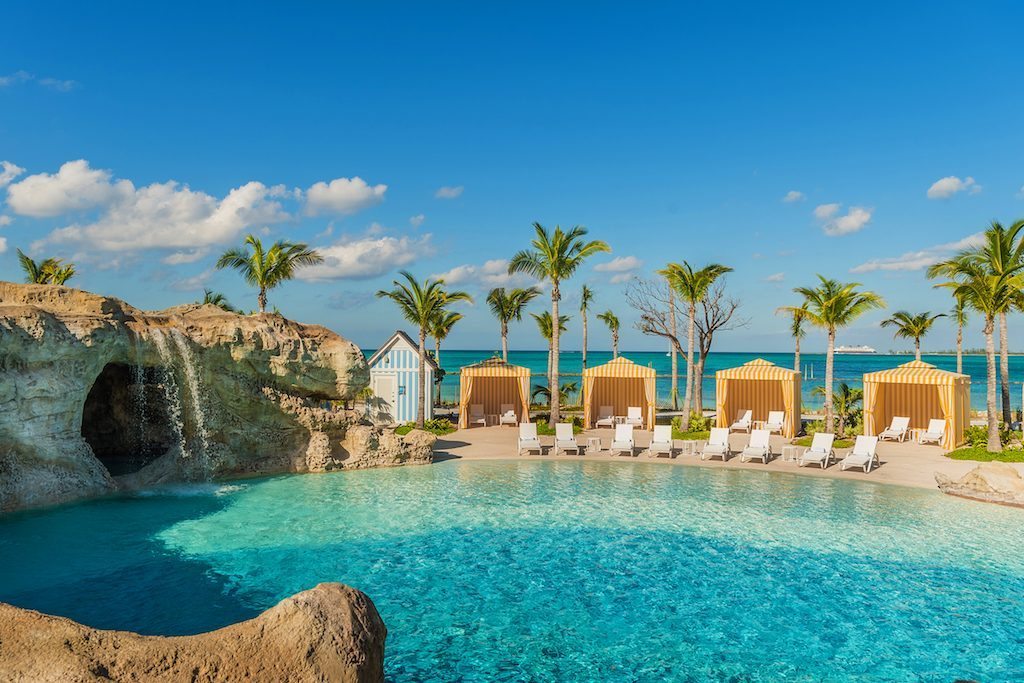 Well, that only took a few years. It'll be interesting to see how tourism to the Bahamas changes now that the long-beleaguered mega resort has finally opened.

Baha Mar, the $4.2 billion mega resort in Nassau, the Bahamas, finally opened in April following a nearly three-year delay, and its debut may usher in an evolution of the Bahamas’ tourism industry, bringing in more Chinese travelers as well as visitors seeking more gaming experiences.

And now that Baha Mar is finally open, its impact on tourism to the Bahamas can finally begin to be measured.

Skift spoke to Howard Karawan, the president and managing director of Atlantis, Paradise Island for his thoughts on the latest newcomer and rival in Nassau.

Since its opening in 1998, Atlantis, a massive resort unto itself, has dominated tourism on the island. Now that Atlantis has some competition with Baha Mar’s arrival, the older resort recently debuted a new advertising campaign as well. It’s also in the process of finishing renovations to all of its 3,500 guest rooms by 2018.

Karawan thinks the newcomer will introduce the Bahamas to a new group of travelers, especially those from China.

“I think anything new and exciting for a destination is great,” he said. “I think the best part for us about Baha Mar is that it’s probably one of the nicest hotels in the area. Clearly, it was designed, built by, owned by, and operated by a Chinese company [Hong Kong-based Chow Tai Fook Enterprises]. Their stated commitment was to expand into the Chinese market. It [Baha Mar] will compete with anything and everything in Macau. As they go to expand and bring in the Chinese market to the Bahamas, I think we can capture a bit of it.”

He added: “Clearly, they’re going for a high-profile casino environment and they have a very large, very pretty casino. The casino reminds me exactly of what Wynn has in Macau. We’re a more diversified offering with a variety of pools and waterslides and four miles of beaches. We’re more integrated into the outdoors.

“I think that expansion of the gaming offering will definitely bring in some travelers who enjoy casinos. That’s a market we don’t go after strongly, but one that they [Baha Mar] will do very well in,” Karawan said.

Interestingly, Yvette Edwards, director of sales and marketing for Grand Hyatt Baha Mar, didn’t cite the Chinese travel market as a main source of travelers who will be flocking to the new resort.

She said the hotel brand itself has “a global presence” that should attract affluent travelers, families, groups on incentive trips, weddings, and honeymooners. The U.S. east coast — especially Miami and New York — as well as Europe, Canada, and South America are expected to be major source markets.

Amenities such as multi-level pools, swim-up aquariums, a casino, nightclub, and custom cocktail and culinary venues will provide options for a variety of guests, some of whom may find a new reason to return after earlier trips to the Bahamas, Edwards said.

“The opening of Grand Hyatt Baha Mar is bringing a new level of service and experiences to the Bahamas,” she said. “Our goal is to reach a new market and cater to travelers seeking more personalized service with unique experiences found only at Baha Mar. Additionally, we want to engage travelers who have not recently considered the Bahamas for vacation because they have visited in the past. Grand Hyatt and Baha Mar will bring a new approach to a Bahamian vacation – whether it be for leisure travel or an incentive group.”