Ethiopian Airlines CEO: Knowing Our African Customers Has Been a Key Advantage 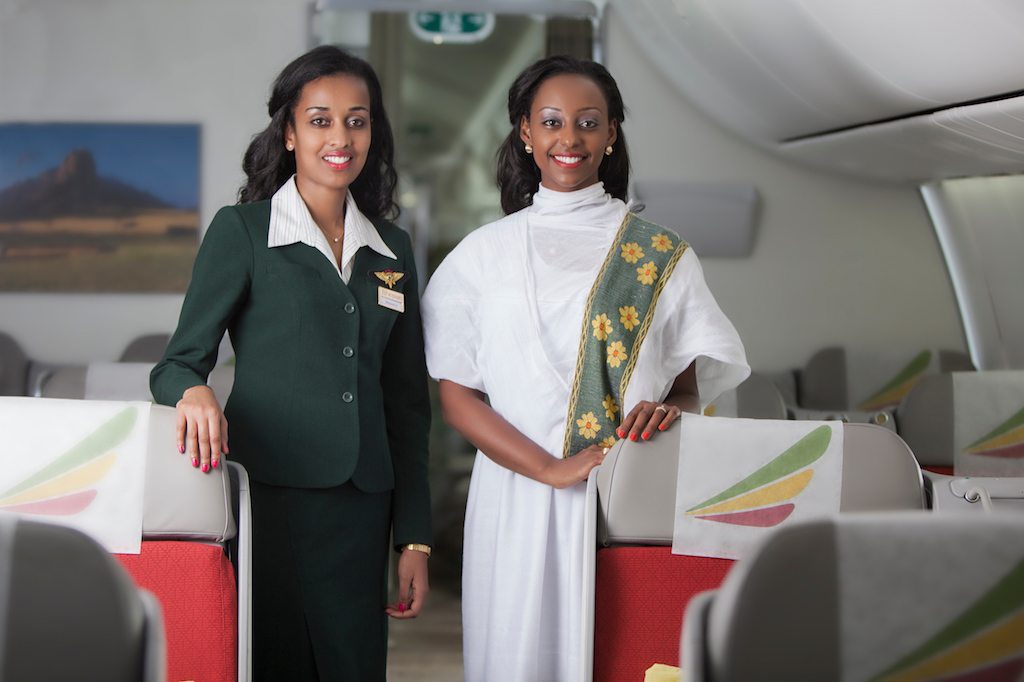 Skift Take
While many African carriers are struggling to stay afloat, let alone turn a profit, Ethiopian Airlines is firmly in the black and planning aggressive expansion. The magic formula? The right aircraft and routes, and a government that lets the experts get on with it.
— Richard Holmes
Share
Tweet
Share
Post
Send

Ethiopian Airlines has come a long way since April 1946, when its first scheduled services flew second-hand Douglas C-47 Skytrains to the likes of Aden, Djibouti and Jimma.

Fast-forward 70 years and the carrier has grown into the leading airline in Africa, its fleet of 85 aircraft – average age: five years – serving 90 destinations on five continents from its hub in Addis Ababa.

“Although 2016 has been [a] very challenging year for the industry, all in all it was a very good year for Ethiopian Airlines,” says Tewolde GebreMariam, group CEO and a 30-year veteran of the company.

And GebreMariam is being modest. In the most recent 2015-16 financial year Ethiopian reported a 10.3 percent rise in revenue to $2.43 billion, an 18 percent hike in passenger numbers (now 7.6-million) and a 70 percent spike in net profit to $265million.

By comparison, the International Air Transport Association (IATA) expects African carriers to lose some $800 million this year. On a continent littered with balance sheets deep in the red, what is Ethiopian doing right?

“Above all, we superbly understand the African aviation market,” adds GebreMariam. “We know our African customers [better] than any airline.”

While Lagos and Nairobi are key routes, South Africa is its dominant long-haul destination in Africa, with 25 flights per week serving Cape Town, Johannesburg and Durban.

“South Africa is a mature market, and a diversified one,” explains Abel Alemu, regional manager, Southern Africa. “We see both business and leisure travel to America, Europe and Asia and there is also growing pan-African traffic.”

“Addis Ababa is not a city known as an international destination, yet the airline has been very successful growing its international footprint,” says Addison Schonland, partner at aviation consultancy AirInsight. “What we see here is an airline that has bought the right equipment, giving them a long range to reach out to all kinds of markets. Look at the interest in Africa from Asian countries, particularly China. Ethiopian has identified and is reaching those markets. And they have capacity in both passenger seats and cargo.”

Ethiopian Airlines Has the Reach

Some 70 percent of Ethiopian’s traffic comprises transit passengers connecting to its broader network, and “as a Pan-African carrier, we have always been committed to connect Africa together, and to the rest of the world,” adds GebreMariam. “With our geographical location at our advantage, and our African-flavored Ethiopian hospitality, we believe we have an added level of competitiveness.”

The airline has also been aggressive in infrastructure investments on the ground to complement its growing fleet. A $100-million aviation academy offers training aircraft alongside a state-of-the-art simulator building, while a new $150 million cargo terminal coming online in May 2017 will up capacity to one million tons per year. A second phase will add another 60 percent to that figure.

In partnership with Chinese investors, a newly built $100 million maintenance hangar can handle aircraft up to B747-800s.

Perhaps one of the simplest reasons for Ethiopian’s success is one that’s all too rare when it comes to flag-carriers in Africa: It is left alone to be run like a business.

“Ethiopian Airlines is a 100 percent government-owned organization, but ownership and management of the airline are completely separate,” says GebreMariam. “The management is handled by seasoned aviation professionals who run the airline on the standards of a normal profit-making business enterprise… There is no undeserved interference and management is responsible and accountable for day-to-day operations.”

On the Other Hand

But Ethiopian’s impressive performance hasn’t been without its challenges. The drop in oil price has dented demand from key markets including Nigeria, Angola and Egypt, and the “shortage of foreign currency in these countries has significantly impacted on our liquidity and cash flow,” says GebreMariam.

Competition from Gulf carriers is another concern, with more than 80 percent of traffic into Africa serviced by non-African airlines.

“This low share of African carriers in the aviation arena, paradoxically in their own region, has posed a major challenge,” says GebreMariam. “We are motivating African carriers to collaborate and work together showcasing our successful partnerships in opening hubs in Lome (Togo) with Asky Airlines and in Malawi with Malawian Airlines.”

“The growth of low-cost long-haul carriers is also a threat,” suggests Schonland. I would be worried about the likes of AirAsia X. What happens if [CEO] Tony Fernandes decides he can fly to Mombasa, or Nairobi? He can sell those as destinations, but they’re also connecting points to his Asian network.”

For now Ethiopian is taking those challenges in its stride, and focusing on the goals in the strategic plan it dubs Vision 2025. The plan envisions $10 billion in revenue, $1 billion in profit and flights to 120 international and 26 domestic destinations.

It may be the most successful airline in Africa, but GebreMariam and Ethiopian Airlines certainly aren’t done yet.

Subscribe Now
Tags: africa, ceo interviews, ethiopian airlines, gateway
Photo Credit: Ethiopian Airlines is among the most successful in Africa, and it has ample growth plans. Pictured are members of the airline's flight crew. Ethiopian Airlines