Skift Podcast: How Hostels Are Trying to Move Beyond the Backpacker As hostels become more focused on design, events, and dining, we're not surprised that a new crowd of travelers are discovering the option. 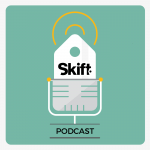 Hostels have traditionally been a cheap, barebones option for backpackers and college kids exploring on a tight budget.

While they have not historically been known for their hipness or creativity, in recent years some companies have pioneered hostels with a focus on design, local influence, and the kind of social buzz that attracts even non-guests. And even though the scene is more established in Europe, U.S. companies are also jumping on the hostel trend.

On this episode of the Skift podcast, we’re talking about how hostels have evolved, what’s next for the sector and whether they might finally break through in the U.S.

Our guest is Fredrik Korallus, the CEO of Generator Hostels, which describes itself as “Design Led Hostels.” The London-based company has 12 properties around Europe and plans to add its first U.S. site in Miami Beach next year. Korallus will be a featured speaker at the Skift Global Forum on Sept. 27.