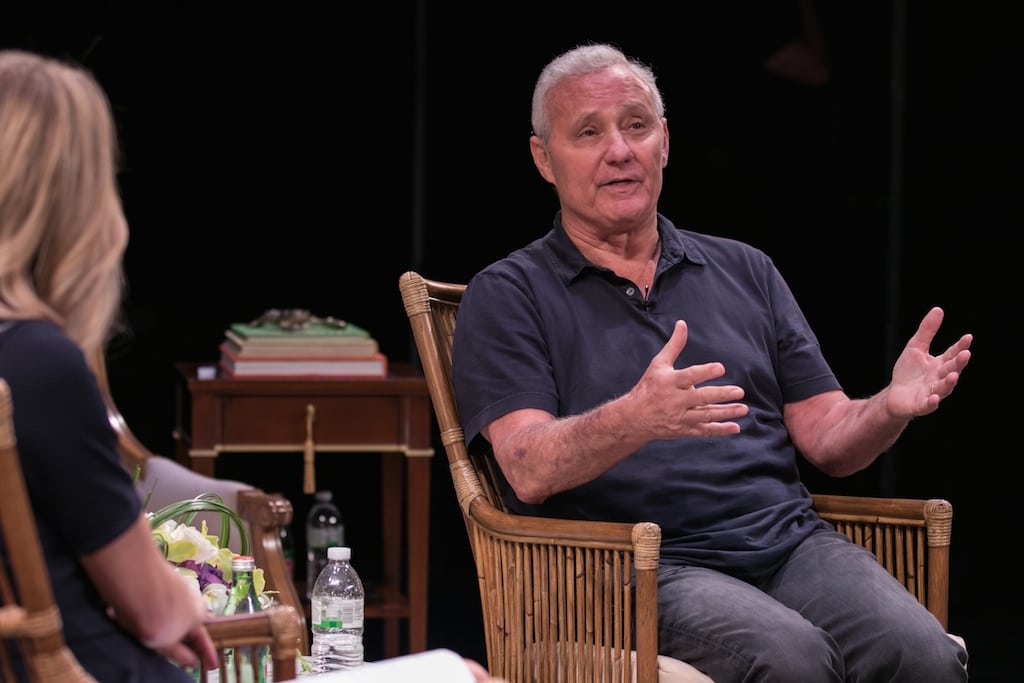 Skift Take
They don’t call him the “godfather of boutique” for nothing. Schrager’s candid, insightful remarks give you a glimpse into the inner workings of a true innovator — and they will certainly surprise you.
— Deanna Ting
Share
Tweet
Share
Post
Send

For the past few years, Ian Schrager, co-founder of the groundbreaking Morgans Hotel, one of the iconic hotels that helped propel the boutique hotel movement back in 1984, has had a ritual.

Just before Schrager steps onto the stage for his yearly one-on-one interview, in front of a packed audience of boutique hotel investors, owners, suppliers, and brand strategists, he likes to quietly sneak into the auditorium. There, at the Boutique Lifestyle and Lodging Association’s (BLLA) Boutique Hotel Investment Conference, he finds a seat in the back, just so he has a few moments to take it all in, and get a feel for the crowd, before he gets onto the stage.

This year, at the BLLA conference in New York, the 69-year-old hotelier behind Marriott’s Edition Hotels, was as candid, insightful, and sharp as ever, speaking to interviewer CNN Money’s Vanessa Yurkevich. He was willing to speak at length about a number of different topics, from Airbnb and Donald Trump to the real definition of “boutique” and where today’s hoteliers should turn for innovation.

Quite frankly, we learned a lot. Here’s a primer:

The Real Definition of ‘Boutique’

Boutique “has nothing to do with size,” said Schrager. “It has to do with having a single focus, an attitude, product distinction, creating an elevated experience. I can say that in the technology world, it would be Apple. They have a small percentage of the telephone business but yet they have been able to engender this cult following. There are a lot of other big companies that are boutique because they are defined by their attitude.” He added, “… It’s not trying to be a generic commodity to satisfy all people. There’s a singular focus.”

“Boutique” is not about design, so stop over-designing your hotels. “I think a boutique lifestyle hotel is not about design,” he said. “It’s about manifesting an approach and offering something to address popular culture. Most people don’t understand it’s not about the design. Like special effects in a movie, it makes a good movie better, but it doesn’t make a bad movie good. I worry that the industry is falling into the same trap from before that we saw. It’s the same kind of hotels now in different colors.”

He likes Donald Trump. “Aside from the election, I’m an admirer of Donald. You know, the Donald that I know in private is different from the public persona. He’s very hard working and a very bright guy. He’s raised great—his kids are great. I’m a fan of his, personally.”

When asked about the difference between Trump Hotels and his own, Schrager said: “He does a different product than I do. It’s a lot more ornate. I think it’s for a different market. It wouldn’t be something that I would do. But for his market it’s very successful.”

Going forward, it’ll be interesting to see what Trump Hotels does with it as-yet-unnamed lifestyle brand that will avoid bearing the Trump name.

“Airbnb Is Coming After Our Children”

He has a lot of strong opinions on Airbnb. Oh, and he’s stayed in one before, too. “Airbnb is a major, major threat and I can’t believe how many in the hotel industry are in denial about that,” Schrager said.

Schrager is right about the hotel industry not seeing Airbnb as a threat. A recent BLLA survey of its member boutique hoteliers found that most didn’t see Airbnb as a major threat, and earlier this week, both Marriott CEO Arne Sorenson and Hilton CEO Christopher Nassetta seemed to brush off any implications that Airbnb is having a negative impact on the hotel business.

“They [Airbnb] are coming after our kids. It’s to provide a unique experience. They can’t do that. You [hoteliers] provide a fun, elevated experience. That’s not something that Airbnb will be able to do,” Schrager said.

He added, “I have stayed in an Airbnb. I wanted to see, you know, what it was like. I’d gone through all the stages, with companies saying it was for Millennials — which was wrong. … They [Airbnb] want to be in the hotel business. They want to provide chefs … they want to provide house cleaning. They want to provide everything that we provide. It’s really disruptive to us, and we can fight them and it’s good, but you’re not going to be able to stop them. I think the way we can compete is we need to have an elevated experience.”

What did he think of his Airbnb in Miami? “I was staying in a house of somebody that was after my kids so I didn’t enjoy it. I just wanted to see how easy it was to get in there. It’s not the same thing [as a hotel]. It doesn’t have the same graciousness and hospitality that we in the hotel industry have. It’s a really major, major threat. More of a threat than the OTAs [online travel agencies] are to the hotel industry.”

He thinks that hotel food has gotten a lot better over the years. “The [boutique hotel] experience has, in general, been elevated which is a good thing. Food and beverage, which was brain dead in the industry, is better.”

Schrager also admires Steve Wynn (“He reinvented the Las Vegas hotels that everyone else copies), as well as the company behind The Atlantis in the Bahamas (Kerzner International) and the Ace Hotel’s late founder, Alex Calderwood.

“I also like what they did at the Ace Hotel,” he said. “What we brought to the equation was activating the lobby at night and making it a fun place … What Alex did — he came from Seattle and he came from a kind of coffee culture and he came from grunge, and so he was lucky. He brought that into the hotel. He activated the hotel during the day. That was another big contribution.”

He’s also rooting for Sam Nazarian, the owner of SBE Entertainment, to succeed with his move to buy Morgans Hotel Group, which Schrager co-founded in 1984 and then sold in 2005.

“You know, I like Sam,” said Schrager. “He got a rough break in Vegas and that’s too bad. I think this is a great opportunity for him to have another platform. You know I wish it would have sold sooner because you know sometimes when somebody holds onto something for too long it kind of ruins other people from coming in and revitalizing it. I think Sam feels he has something to prove and I think he’s going to do something with Morgans and I hope he does.”

His Advice for Other Hoteliers

Hotel lobbies matter but don’t transform them into nightclubs, please — and this is coming from someone who made his fortune from starting out in the nightclub business with Studio 54.

“It’s critical. It’s an experience. It makes a hotel more than than just a place to sleep.” He later added, “I think the thing is when you have these lobbies that are buzzing and are beehives of activity, people can’t have it so that they think they are walking into a nightclub. You can’t have lights so dim you can’t find anything.”

TripAdvisor matters. “They are very important,” he said, joking, “I think everyone here in the hotel business wants to get rid of the Internet.” Schrager said sites like TripAdvisor are “a little reminder for the team that service is very important.”

He’s surprised serviced apartments aren’t more popular in the U.S. “Serviced apartments never took hold in this country, but it does very well in Europe and in Asia but for some reason it doesn’t do well here. It’s not the rental pool where you buy something and sell it. It’s a real home and a real hotel. Makes living in the apartments completely effortless with room service, maids. It’s just a great way of living. Everything you want and everything you need.”

“Product distinction is everything.” Schrager explained. “If you have product distinction that resonates with people you don’t need to spend a lot of money that guys that own generic hotels have to spend. The product does all the work. When I got started, all the hotels I had all had a different name. I thought if I called them all the same name it would be selling out. Now that I’ve grown up, I realize you can have the same name, as long as the product was well executed and well done.”

For inspiration in hotel innovation, think outside of hospitality. Schrager brought up the example of the Broadway hit musical, Hamilton, as an example of being able to combine disparate elements masterfully. “It creates an alchemy. It creates something special. That’s where the opportunities are in the business.” Later, he said, “You’d be hard pressed to tell the difference between different boutique hotels today. I think that’s the opportunity. Come up and do something new. Something fresh. Probably get inspired by other industries. Take an idea from, you know, another industry.”

This is his basic recipe for boutique hotel success: “You can’t cut it with a commodity hotel, or take it out of the brand book. You can’t do the same hotel in Boston and the same one in LA. People don’t want it.”

Finally, Schrager thinks of each of his hotels as his children. When asked if he had a favorite project or hotel, he said, “I always think that the last project I’ve done is a matter of life and death and whether that’s my own or Edition from Marriott. It’s all very personal for me. It’s the aggregate of everything we’ve done. The excellence we try to achieve. I can’t pick one project. That would be like asking me which kid I like best.”