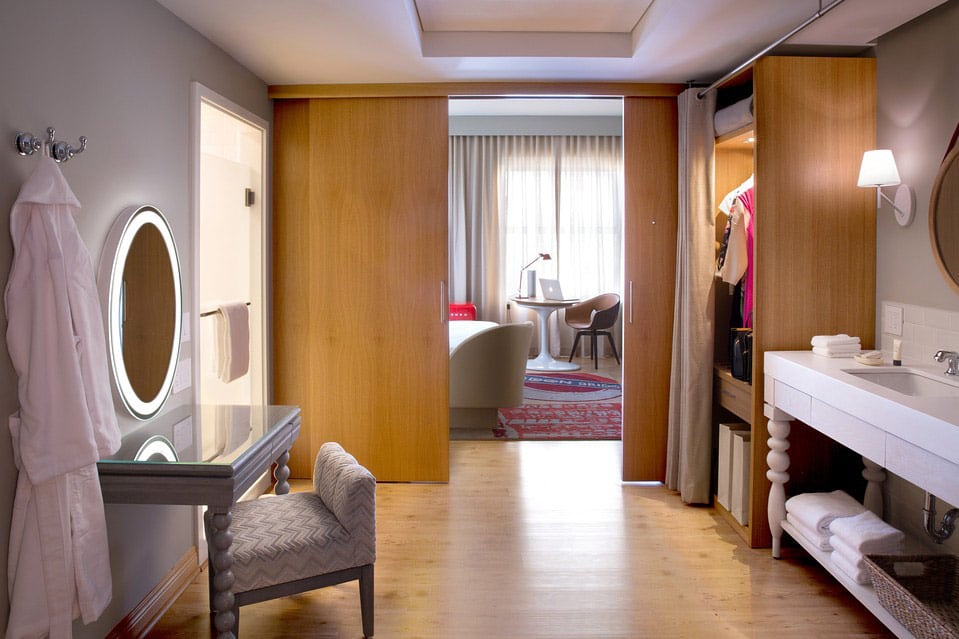 It appears the day many thought would never come has finally arrived: Virgin Hotels opened its first property in Chicago yesterday.

Virgin Hotels did nothing except hype up a hotel where a lack of punctuality failed to kindle the anticipation Virgin Group’s founder Richard Branson intended when he announced in 2010 that the brand’s first hotel property would open in 2011. Considering this hype culture around the hotel brand and its nearly four-year gestation, it’s no surprise the company gave guests an app before it gave them a guest room.

The hotel chain’s long-awaited opening this week was plagued by multiple delays and cost overruns all while the brand teased travelers of the amenities it claims are far superior to its competition. Along the way, the brand changed CEOs and spread rumors about itself which only added to the confusion.

These antics accounted for the hotel’s latest ambitions for its consumer smartphone app. Creating an app for a single hotel is much simpler than building one for a global chain with thousands of properties — even if the app may have unprecedented features.

Granted, Virgin Hotels has plans to grow beyond its inaugural property, but Lucy, the app’s name, cannot be considered a success before it undergoes a stress test across several locations. Needless to say Virgin isn’t the first hotel to rethink the app experience either.

The momentum towards developing an app with mobile check-in and room key capabilities is a space race of sorts for the hotel industry, one that’s fueled by the pressure to give so-called silent travelers more control over their stays.

Still, missing from many hotel apps is a level of personalization, and personality, making guests 1) inspired to use the app throughout their stay and 2) giving them something to write home about, or share on their social media.

Virgin thinks it has the personal touch guests want, since Lucy lets guests use their iPhones and Android phones as TV remotes, stream content from their devices onto a guest room TV and live chat with hotel staff 24 hours a day, to name a few of its talking points.

However, using the app as a room key isn’t on the list of its progressive features, at least for now, even with other brands fixated on getting this feature in guests’ hands.

Overlooking that it can’t be used to unlock your room door, the app still boasts some features that haven’t made it beyond the concept stage at most chains.

Guests can also use Lucy to review their bill after their stay, order housekeeping services and order Video On Demand and watch it on a device anywhere in the hotel and find out what’s going on in the city. The app also lets guests adjust room climate from anywhere inside the hotel, though that doesn’t help the guest who wants to heat up or cool down his or her room on their way back to the hotel.

“Lucy makes the guest feel like they’re dealing with someone rather than a piece of technology,” said Carrillo. “Live Chat, for example, really doesn’t change what we do. It changes things on the guest side. You don’t have to wait for someone to pick up the phone, and some people will still be more comfortable picking up the phone. Now, you can order room service on your way to the hotel too without having to call someone.”

“We’re looking to grow the app and the services it provides as the devices and way guests use them change.”

The hotel worked with Lufthansa Systems, part of the Lufthansa Group, to develop the app. Though Lufthansa and Virgin are competitors, at least in aviation, Virgin Australia’s Red in-flight entertainment system is designed by Lufthansa Systems which led to the hotel’s decision to collaborate again on the app.

“Whatever we create from a technology perspective has to be an effortless experience,” said Carrillo. “The second thing we wanted to do was figure out how those tenants fit into the hotel space and hotel guests, whether they’re inside or outside the hotel. It’s about hospitality, and we want to make sure the tech integrates with our hospitality.”

One confusing technicality: there are two different places within the app to book a room. On the app’s landing screen is a “Book Now” button which keeps users in the app to book a room. Tapping the sidebar navigation at the top right corner of the app’s landing screen reveals another “Book Now” button which take’s users outside the app to their mobile browser to complete a booking, and it’s not clear why this discrepancy exists. Carrillo said the hotel is working to correct this problem.

Virgin Hotels will open new properties in Nashville, Tenn. and New York City during the next two years, but given the track record of opening the first property this timeframe is anything but definitive.