The Priceline Group outpaced Expedia Inc. with a 32% year over year growth in room nights in the first quarter of 2014, compared with 24% at Expedia.

However, Priceline’s room night growth decelerated from the first quarter of 2013, when it increased, 37.7%.

Gross bookings for Priceline during the quarter came in a $12.3 billion, a 34% year over year increase.

In contrast, Expedia Inc. notched a 24% jump in room-night growth in the first quarter of 2014, decelerating from the 28% growth it recorded a year earlier, but gross bookings rose 29% as Expedia’s Travelocity partnership bumped up air ticket sales.

Priceline beat revenue estimates with the analysts looking for 25.3% year over year increases to $1.63 billion. 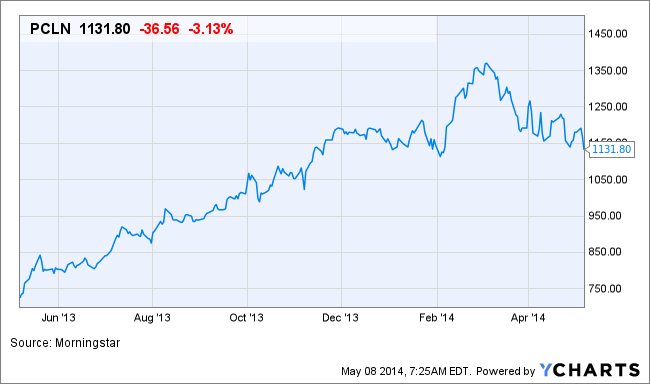