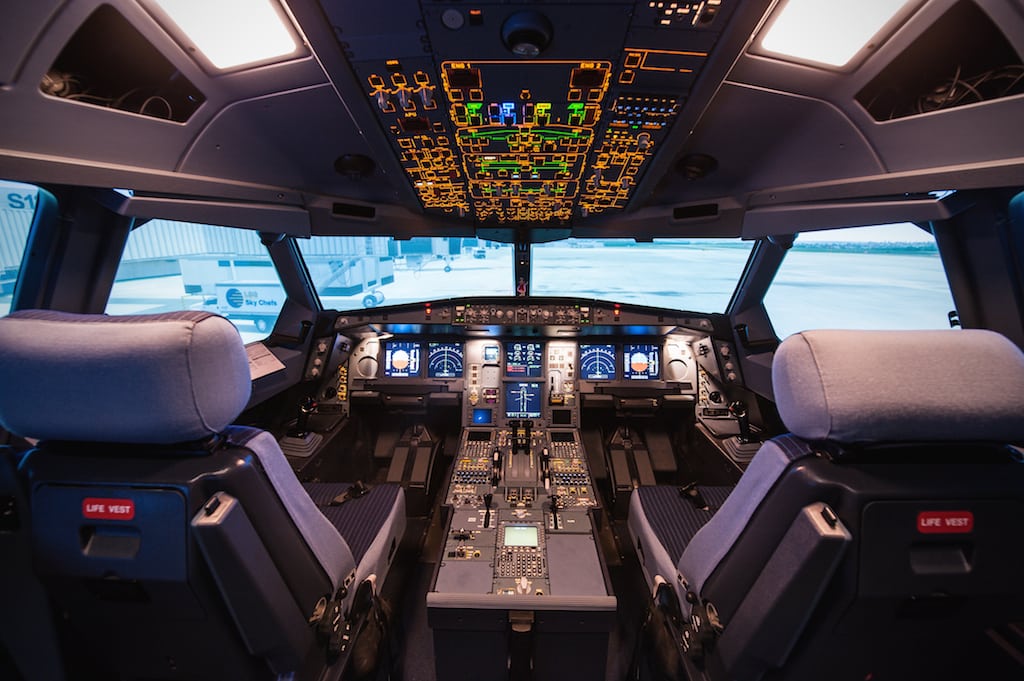 Hawaiian Airlines inaugurated direct flights from Honolulu to Beijing on April 16, but I made the trip on one of the airline’s A330s a day earlier — or it sure felt like it.

I did it in the co-pilot’s seat of an A330 Full Flight Simulator built by SIM Industries, a subsidiary of Lockheed Martin, that’s located in a giant warehouse in Honolulu at Hawaiian Airlines’ headquarters.

Hawaiian Airlines trains its own pilots in the simulator, has a contract to train Fiji Airways pilots, and recently got certification from China and hopes to engage some Chinese airlines to train their pilots, too, all as part of a joint venture with Lockheed Martin.

Before the installation of its simulator last year, Hawaiian had to fly its pilots to a third party simulator in Florida for training, and the airline estimates it saves around $3.6 million annually with the in-house simulator. It also hopes to generate incremental revenue through training pilots from other airlines.

In addition to enabling pilots to use all the controls and automation in the cockpit of a real A330, the simulator projects ultra-realistic 3D images of the topography, runways, other aircraft, terminals and the weather that are seemingly so life-like (see video below) that when the training session ends you are shocked that you haven’t left the simulator facility in Honolulu.

On my “flight” to Beijing, I was able to view the Bird’s Nest stadium in Beijing, the surrounding mountains, the flashing runway lights, and the smog choking the city as we landed at the airport in Beijing in a downpour, and pulled up to gate 531 alongside an Air New Zealand aircraft.

For the flight to Beijing, which Hawaiian now operates three days per week, four pilots make the trip because of its nearly 12-hour duration, and the A330 has a rest cubicle beneath the passenger level with beds that can accommodate six members of the flight crew. Hawaiian CEO Mark Dunkerley discusses the airline’s long-haul strategy and other issues in a Skift interview here.

When I took the real inaugural flight from Honolulu to Beijing on April 16, which arrived on the morning of April 17, I felt I had already taken the flight a day early and been to the airport because of the realism of the simulator session.

The video below is more than 14 minutes. If you don’t want to view the whole thing, the approach into Beijing begins at 7:18, and the descent from 1,000 feet starts around the 10-minute mark.

Note that the warnings in the simulator session that the aircraft’s approach was “too low” to the terrain and the order for the the pilot to “pull up” was merely a glitch in how the simulator’s altimeter readings were programmed. No worries.

Subscribe Now
Tags: hawaiian airlines, training
Photo Credit: Hawaiian Airlines trains its own pilots and pilots from other airlines in its A330 flight simulator at its Honolulu headquarters. Hawaiian Airlines