Hotels are personalizing the guest experience through innovative amenity programs, while the free versus paid WiFi debate shifts toward bandwidth strength. 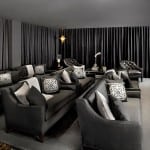 Last week, the Wall Street Journal‘s business travel writer Scott McCartney moderated an hour-long webcast with senior C-suite executives at five major hotel brands about how hotel amenities are evolving. The event was based on a study conducted by SmartBrief entitled: “The Guest Experience: Innovative Trends for Creating a More Personalized Stay.”

The diversity of participants was impressive, ranging from luxury boutique brands to corporate business hotels. Discussion revolved around sustainability, turndown service, meetings/events, food/fitness and tech/media. The panel consisted of:

McCartney started the webcast with a poll for hoteliers listening in about which age demographics they targeted. The results: Boomers (11%), Millennials (15%) and Somewhere in Between (53%), with the rest answering none specifically.

Santora represents the majority of responses, saying that Omni Hotels appeals to a broad base of guest demographics with a wide range of hotel product. He did, however, commit that the brand is popular with Boomers due in part to hefty conference business.

“From Omni’s perspective, we do see a lot through that Boomer category, and when you think about that, they’re really the most homogenous of the generations in history, and probably the most traveled…. So when we think about amenities for them, we really want them to have this wide range.”

At that point, it would have been interesting to hear what DeFrino at Kimpton or Oliver at Morgans had to say since their brands are perceived as being especially attentive toward Millennials. Stay tuned for a future Skift story about that.

The SmartBrief paper begins with amenities related to the arrival experience, such as discounted parking for hybrid vehicles. The study reports that 61% of those polled either expect hotels to have green initiatives in place, or it’s a determining factor during the booking process.

“At Kimpton, we’ve always been committed to being environmentally friendly; we really just think it’s the right thing to do aside from the business case for it,” answered DeFrino. “Free parking for people who are coming in with hybrid vehicles is just one thing we do to support the environment…. The eco practices and hybrid car discount help build an affinity and alignment with our guests. We think that people who are driving those cars are attracted to other organizations that have that same disposition.”

McCartney then inquired about the motivation behind Kimpton’s popular brandwide bike share program.

DeFrino said, “That’s not really an eco initiative, however, we really think that our guests who are staying at Kimpton are looking to stay fit and feel good when they’re traveling…. There’s no better way to see a city than from two wheels.”

J.P. Oliver at Morgans supported that, saying he’s also seeing robust demand for bikes available on-property, such as at Delano in Miami Beach.

“The client and customer are really looking for a more socially responsible way of getting around, it helps limit their carbon footprint, and it’s a healthy activity,” he said.

McCartney polled the audience again, asking: “Do a hotel’s environmental efforts make a difference to guests?”

Almost 80% replied that their guests either look for sustainable programs or expect them to be there. Just 20% said factors like room rate are more important.

However, Santora mentioned that Omni loyalty guests are asked about that when they fill out their profile. The questionnaire comes with a box pre-checked stating that the hotel won’t do energy-intensive things like change sheets daily, leave lights on at turndown, etc.

“Almost 80% of people uncheck that box,” said Santora. “So they say they’re green, they want to be green. But I think when people are traveling, to the point made earlier, it’s kind of a nice perk if you will, to have your beds changed and made on a daily basis.”

JW Marriott introduced an upgraded turndown service called Nightly Refresh Program this year, offering aromatherapy oil and a rotation of healthy snacks and traditional chocolates. McCartney asked Gaskins: “Why do you see turndown as a key part of the guest experience?”

She replied, “In studies we’ve done in the past and more recently, turndown is becoming something [guests] would like upon request, so they’re not necessarily looking at it for it every night, but when they do want it, they want it to be special.”

Gaskins explained that turndown is often the last touchpoint with business travelers who check out remotely. So JW partnered with national nutrition expert Keri Glassman to create health bars with organic ingredients that act as antioxidants. JW also worked with Aromatherapy Associates who created a Revive Oil to help guests sleep better and wake up easier, as well as JW’s bath amenities and signature scent.

All of the hotel brands participating in the webcast are ramping up their array of in-room fitness amenities. Part of this is due to feedback from female guests who are uncomfortable working out alone in gyms early in the morning or late at night.

For example, Omni Hotels’ Get Fit Kit provides stretch cords, jump ropes, Kettlebells, dumbbells, etc., on arrival for loyalty guests who request that on their profile.

Santora said about 8% of members ask for the service. “It’s been very well received as a nice amenity, and it actually gets used, which is kind of fun too see when you go back into the room, it’s not just sitting in the corner where we left it.”

Omni recently supplemented the Get Fit Kit program by asking loyalty guests which specific types of fitness activities they’re interested in, such as yoga, spinning or pilates. When those guests check in, they’re now provided a registration packet with the names and locations of fitness facilities in the neighborhood that offer those specific activities.

Potts said it was assumed initially that this would be popular mostly with business guests, but Travel Fit is proving to be successful with all types/ages of guests, with a 60/40 split between male/female usage.

“Most of the folks that take advantage of these amenities are also members of the Trump Card Privileges program,” she explained. “So these are guests who’ve really taken the time to spell out their personal preferences for us so we can customize their stay across our portfolio.”

As an example, Potts said that if a guest has requested a certain size running shoe numerous times at Trump Chicago in the past, that information will be added to that guest’s profile. When the guest checks into Trump Toronto, the same shoes will be delivered to the room pre-arrival with a personalized message.

This year, Kimpton started providing custom-made yoga mats and free television yoga instruction on demand in its hotel rooms. Some of the properties are getting creative with unique themed classes, such as Thug Yoga set to hip hop beats at Sky Hotel in Aspen. It was developed by local yoga teacher and snowboarder Courtney Smith.

“What we’re finding is that a lot of people roll out the mats and use them for their own exercise, whether they’re doing just push ups and sit ups on them, or they’re bringing their own videos on their iPads,” says DeFrino. “We thought we’d have a low usage, below 10%, but what we’re finding at many of the hotels, we’re seeing up to 20%, especially of our leisure customers.”

For the lucrative group market, hotels are creating more flexible function space for meetings, social events and guest use. Delano in South Beach recently opened a new 20-person media room with an 85-inch screen. It was originally created for day meetings and video conferences.

“We’ve really seen it grow into much, much more than for day meetings—it’s a social hub for us now,” said Oliver. “We’re so excited about the room that we wish we had done it sooner…. Traditional meeting space isn’t that exciting, right, but this has really opened up a whole new realm of possibilities.”

The screening room is used for sporting events, cocktail parties, movie premieres, film festival events and “Sushi & Movie Sundays,” to name a few. For Art Basel in December, the space is being converted into an art installation. Oliver said the room paid for itself in five months, initially anticipated to take a year and a half.

Lisa Potts recounted the history of Trump Las Vegas, originally built as a residential property. After completion it was converted into a hotel.

When the hotel opened, Potts said the sales team called and said, “Oh, by the way, we don’t have anything really in the way of traditional meeting space, and we have to fill 1,200 rooms.” So some of the underutilized penthouse suites, the largest topping 3,500 square feet, were converted into function space offering some of the best views on the Strip.

Potts adds there’s growing interest among meeting planners in smaller, creative and non-traditional spaces for events, like the library at Trump Soho.

“When we’re all at meetings, we all say, ‘Gosh, let’s try to grab five minutes, or let’s grab 15 minutes,’ and those are the conversations that really make the difference and the impact during meetings…. So having a place to go for that is ideal.”

McCartney displayed a graph from the SmartBrief survey detailing business travelers’ feelings about free WiFi, as of September 2013. It shows nearly 57% of people will not book a hotel without free WiFi, while another 26% will only do so if they can claim it as a business expense.

Delano offers iPads in every room loaded with traditional services like room service, wake up calls, spa reservations, etc. Adding to that, guests can access major newspapers and lifestyle magazines on a rotating basis, as well as Morgans Hotels’ industry-leading Back of the House website. Delano also worked with area travel bloggers to integrate fresh destination information into the content lineup.

With so much dynamic media available, tech amenities like Delano’s iPads only work well with robust WiFi. So the conversation about WiFi is shifting from the free versus paid debate to signal strength and bandwidth volume.

Every traveler has stories about having to walk out of their room into the hall or down to the lobby to access free “in-room internet.” For years, hotels offered ethernet cords in case the in-room feed was weak during heavy load times, but with the boom in tablets and ultralight laptops, that’s now irrelevant.

Kimpton offers free WiFi when guests sign up for the InTouch loyalty program. And during the check out survey, guests are asked if they were satisfied with the quality of WiFi.

“The quality of WiFi is something we feel strongly about so we’re continually adding circuits as people are bringing more and more devices that require WiFi,” says DeFrino. “We have our IT team measuring bandwidth and frequency perpetually…. So very quickly we’ll find out if we have a glitch in our system where we might not have enough bandwidth in one of our hotels.”

So where does that leave the traditional newspaper delivery as an amenity?

“Based on what we’re seeing at our hotels, less than 10% of our guests are asking for a newspaper to be delivered to their room,” says Gaskins. “So this indicates to me that even the Baby Boomers are getting their news in other ways.”

The final two sections of the webcast were dedicated to family travel and pet travel. For more information, check out the on-demand webinar and SmartBrief white paper.