Emirates had a nice moment for about a decade. But what were the airline's strengths are now weaknesses. It has no local market and its fleet is dominated by gigantic airplanes. 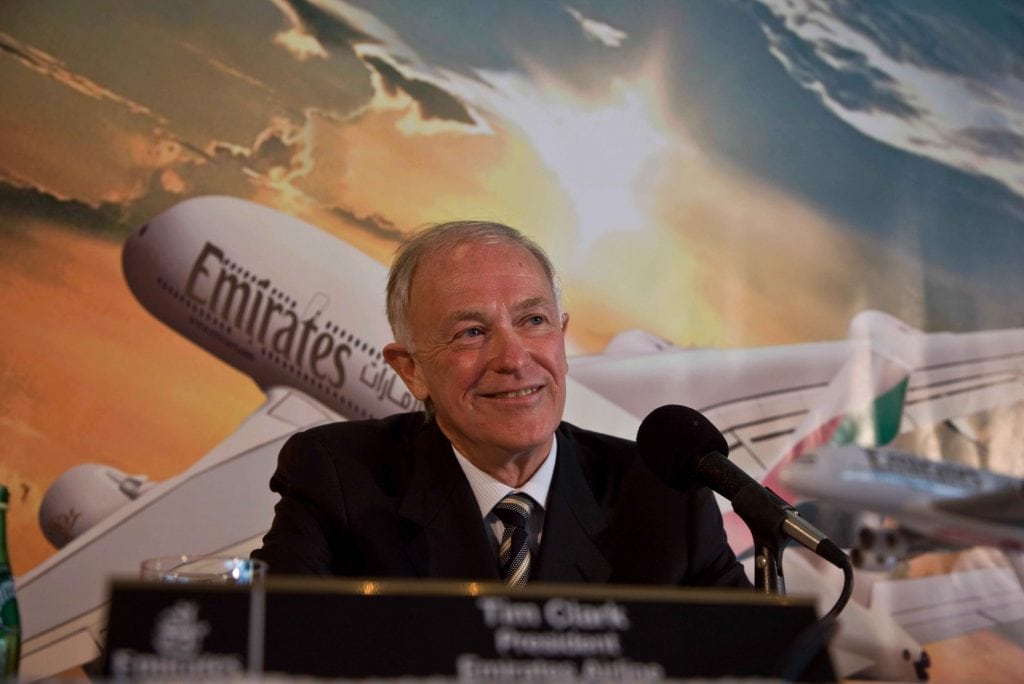 As he retires, Tim Clark will be celebrated as an aviation visionary. He deserves all the credit. But Emirates is slowly losing many of its competitive advantages. Emirates President Slams Airbus and Boeing for Lack of Reliability

Emirates President Tim Clark clearly had an agenda on Wednesday speaking with the media. He said he is tired of reliability challenges with new airplanes, and he wants suppliers to get their act together — quickly. Somebody had to say it.

Folks in Pittsburgh would probably love a nonstop flight to Dubai. But will they get it? It seems unlikely, even if Emirates CEO Tim Clark said the airline would consider flights from smaller U.S. cities.

It's funny. Fifth Freedom flights — those are routes where an airline flies from a place other than its home country — account for roughly 1 percent of Emirates' capacity, according to the airline's president. And Emirates has only two such routes to the United States. But it's a hot topic among airline insiders, and it doesn't sound like that will change. Consumer groups may criticize Clark for even considering adding a "budget economy" section on the Airbus A380. But a sizable segment of passengers continue to demonstrate they want only one thing — cheap fares. Why shouldn't Emirates create a cabin that will allow it to compete for these customers?

Tim Clark, president of the Dubai government-owned airline, says the cuts to the number of flights to the U.S. is temporary. He's wearing a brave face, as U.S. airlines will lobby hard to further hobble the company's growth.

Emirates CEO Interview: Tim Clark on the Next Generation of Fees

Emirates may be among the world's most innovative airlines, but even it is focused on the bottom line. And since fares have been falling, coach passengers may need to get used to the idea that Emirates will start charging for extras, just as other airlines do. Emirates airline’s plans for taking over the globe, part two

"The notion that we should allow others to chart our destiny is anathema to the thinking certainly of me and others." That's the hard/soft power Emirates is projecting around the globe.

Emirates airline’s plans for taking over the globe, part one

Never accuse Emirates' Clark of big talk and big ambitions. But many hurdles -- including partner Qantas' own ego -- stand in the way of lucrative trans-pacific routes.