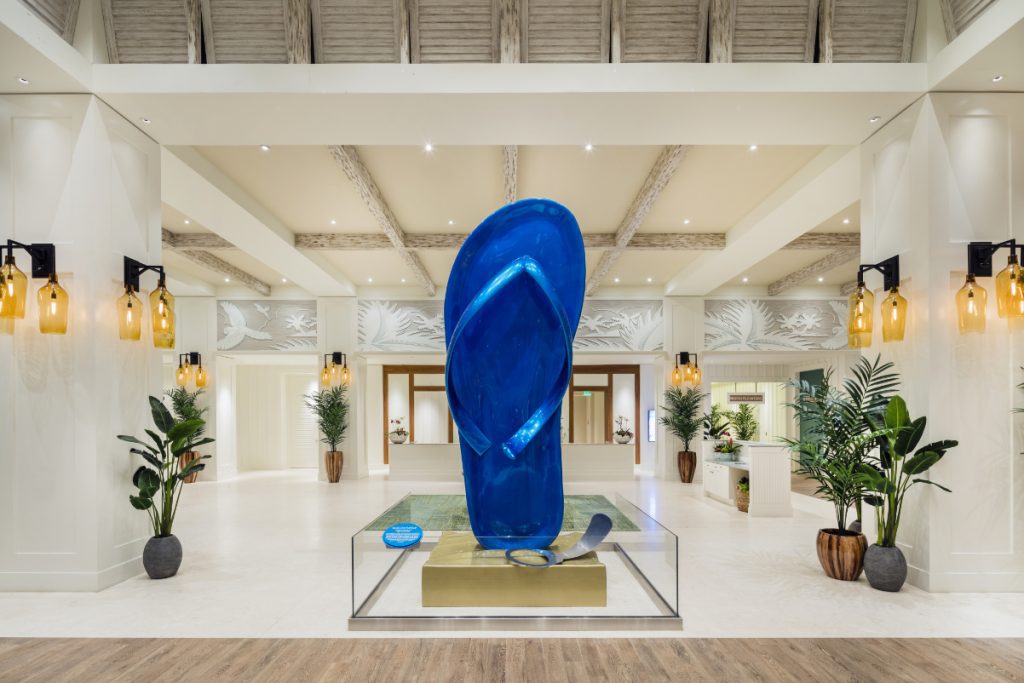 Millennials think they invented experiential, lifestyle brands. But Margaritaville CEO John Cohlan was perfecting these ideas before many of today's hotel execs had sipped their first margaritas. Cohlan helped to turn Jimmy Buffett's music into a billion-dollar empire, and he has lessons to share.

John Cohlan was all smiles during a recent major hotel investment conference in New York — and for a good reason. While the ’70s produced many hit songs, only Jimmy Buffett’s Margaritaville became a springboard to a multi-billion empire of brand extensions — an empire that includes several profitable hotels. Cohlan, CEO of Margaritaville Holdings, was critical to making that happen.

The Margaritaville empire began somewhat accidentally. A fast-casual restaurant chain tried to trademark “Margaritaville” as a signature drink, and Buffett won a lawsuit against it. In 1985, the music star opened a T-shirt shop, followed by cafes.

With 33 open hotels, resorts, and other lodging concepts, and 150 restaurants, bars, and cafes, the challenge for the Buffett Universe is loosening the brand’s ties to the 75-year-old artist while tightening its association with the emotions evoked by the music. It’s unknown how much Buffett makes from the privately-owned holding company, which is estimated to have generated about $1.5 billion in sales in 2019, the year before the pandemic.

In 1996, Cohlan, then 36 and single, was temporarily transferred to Florida for his job as a finance executive for Triarc, a conglomerate with interests that included fast-food chains such as Arby’s.

He met Buffett socially, and the musical artist invited him along to attend a performance at the New Orleans Jazz Festival.

“I was standing there as his guest, watching this off from the side of the stage and looking out at maybe 100,000 deliriously happy fans,” Cohlan said. “I said to myself, “Wow, you know, this could really be a brand.”

Universal Studios then approached Buffett about licensing his name for a restaurant at its theme park in Orlando. Cohlan helped Buffett with the deal. The restaurant opened in 1999, with other restaurants and brand extensions following.

“Margaritaville was a synonym for paradise and casual fun, and the brand generates an emotion that makes you feel good,” Cohlan said.

“What’s interesting is that emotions can travel much further than a traditional product in terms of brand extensions because emotion can apply to many things,” Cohlan said. “Brands like Kleenex or Marriott are defined by products that don’t have many logical extensions, while an emotion like Margaritaville is relevant in various ways.”

A decade later, Cohlan visited a hotel in Pensacola Beach. A friend had bought the independent hotel with a plan to convert it and flag it as a Hotel Indigo franchise.

Cohlan told her it was a shame he hadn’t known about it ahead of time because it was a great location for a first Margaritaville branded property. The next day, the owner called him and began talks to do just that. It opened in 2010.

Asset-Light But Hands On

Margaritaville Holdings intuitively adopted the asset-light model, where it licenses its intellectual property to owners and operators via franchise agreements. The company did this ahead of most major hotel groups, such as Marriott and Hilton, swinging heavily into the asset-light model.

Unlike most hotel franchisors, Margaritaville is hands-on about hiring, the design firm they require, and even details such as which pillows (“100 percent goose down-proof cotton”) go on guest beds.

“Take hiring, for example,” he said. “While we partner with management companies who actually employ the workers, we’re out there at the trade fairs recruiting talent ourselves. We also survey the employees to make sure they’re happy and to get feedback.”

Cohlan said it’s a blessing and a curse that people come to a Margaritaville hotel expecting to feel a particular emotion.

“The attitude of the staff is critical if you’re trying to deliver an experience of paradise,” Cohlan said.

The first hotel built ground-up with every detail monitored by Cohlan’s team was the Margaritaville Beach Resort on Hollywood Beach in Florida. Barry Sternlicht’s Starwood Capital Group was the business partner.

“It was intimidating because we were translating an emotion into a lodging facility,” Cohlan said. “Every detail mattered.”

They hired Pat McBride’s design firm, which, among other things, helped come up with the idea of having a statue of an 11-foot-high pair of flip-flops as one of the hotel’s visual elements. The developer cut the flip-flops from the plan for budget reasons, saying it wasn’t functionally needed.

The plan was to install the flip-flops in a corner. But they liked it when they tested moving it to the center of the lobby. Now they put giant flip-flops in every lobby.

“I knew we were onto something when I was sitting in the lobby and I saw a family take a picture of themselves in front of the flip-flops,” Cohlan said. This happened ahead of the Instagram era of hotels creating spaces that are visually appealing for photographing.

Other typical hotel design details include bathroom faucets shaped like whale tails. Lobbies include a giant replica of the Statue of Liberty modified so that she is holding a margarita glass. Properties also often have a replica of Buffett’s seaplane.

Cohlan’s team has applied similar scrutiny for detail to all aspects of hotel projects. The team makes sure that, for instance, developers have properly painted walls the correct bright colors without scrimping on the number of coats.

One of the Pioneers of the Lifestyle Hotel

It’s become trendy to say that hospitality companies need to deliver experiences because that’s what millennials and Gen-Z travelers crave.

Food and beverage are often a critical part of the formula. At the property in Hollywood, Florida, food-and-beverage sales account for about half the revenue. To be sure, that resort is a bit of an extreme case because of its location on the beach’s “broadwalk.”

“It’s a reflection of the strength of our branded offerings that lenders will give full credit to food and beverage cash flow at our properties, unlike what they would do with most any other hotel property,” Cohlan said.

Contrary to many people’s expectations, the hotel doesn’t endlessly blare Jimmy Buffett songs everywhere you go. Rather, the music is typically left for certain spots, such as the bar.

Most of the brand’s hotel guests probably haven’t attended Buffett’s concerts and aren’t Parrot Heads, Cohlan said. But it turns out a large number of people are interested in a particular vision of paradise.