United Promises to Leave No Covid-Infected Pilot Behind 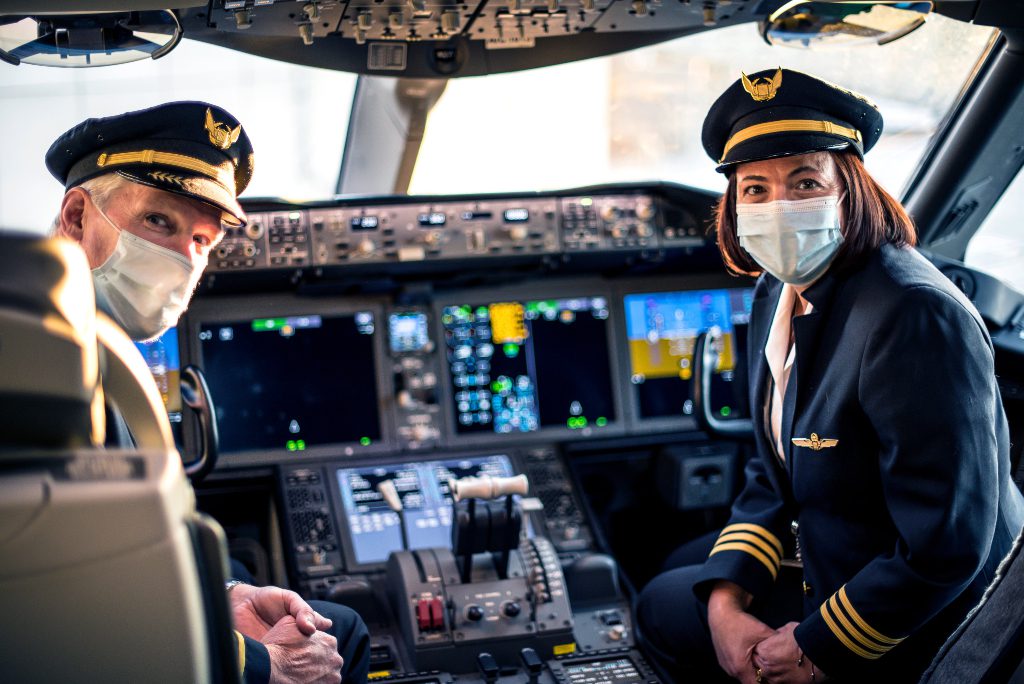 United Airlines has developed a comprehensive plan to “extract” sick, or possibly sick, pilots from foreign countries using airplanes without passengers, so pilots need not quarantine or receive treatment abroad unless absolutely necessary, according to an internal United employee memo on December 14 seen by Skift.

As a giant pandemic rages, repatriation of crew members is a thorny issue at many passenger and cargo airlines. Pilots and flight attendants fear they might get stuck in a foreign country, at a subpar hotel, or worse, at a hospital or detention center. Pilot unions worry a crew member may test negative for Covid-19 before departure and then positive shortly after landing abroad.

The Air Lines Pilots Association, which represents pilots at United, Delta Air Lines and Federal Express, among others, did not comment for this story, but it has been vocal about this danger. In July, the union said, three Federal Express pilots were “forced into mandated hospital facilities,” in Hong Kong after testing positive for the virus, while “several” others “were put into government camps under extremely difficult conditions.”

At around the same time, United and American Airlines stopped flying to Hong Kong, after pilots made complaints about the type of Covid-19 testing used on arrival. After airlines had had similar troubles in Shanghai, United stopped flying nonstop from San Francisco. Carriers generally have been receptive to pilot union concerns, because they don’t want to get in a position where pilots refuse to fly the few remaining lucrative long-haul routes.

Most Airlines Have Some Plans

Most global airlines have plans to evacuate flight crew during coups, wars and terrorist attacks, and after natural disasters.

But the United Covid-19 extraction plans seen by Skift are specific to this global pandemic, describing in detail where sick crew members may sit on board, which bathroom they may use, how they can eat during flights, and where they should dispose of their garbage. United has assigned an “extraction team,” to handle logistics, the memo states.

The memo also shares what is perhaps the most important rule: Crew members can not be evacuated on passenger flights.

“If no United aircraft and/or crews are available to conduct the flight … the airline will advise of an alternative extraction, or quarantine-in-place plan,” the memo said.

The two other U.S.-based global airlines, American and Delta Air Lines have similar plans for crew members, airline representatives said. “If any of our crew members are exposed or develop symptoms abroad, we follow local requirements and closely coordinate with the CDC to safely get these team members home,” an American spokeswoman said.

“I can confirm we have [a plan] but out of many safety and security considerations, I’ll decline to provide further detail,” a Delta spokesman said.

The five-page memo to pilots lays out how the airline is repatriating crew members. While United has made it clear it does not want passengers flying if they believe they have Covid-19, the airline said it can safely extract its own crew members from abroad, so long as planes have no other passengers.

United’s policy kicks in as soon as a crew member tests positive, or fears a positive test, or reports close contact for at least 15 minutes with someone who tested positive, the memo states.

The crew member is supposed to get in touch with Medaire, a company that provides health guidance to airlines. Next, the crew member should contact United’s chief pilots office where teams will “coordinate logistics and advise affected crew member of next steps and extraction flight details.” However, if a jurisdiction does not permit extractions or Medaire believes the pilot should stay put, the memo states, the pilot must quarantine.

Regardless, once the pilot fears infection, the person should stay in place. “Pilots should not go to the airport, or leave the hotel, until advised by the extraction team,” the memo said.

At the airport, crew working the flight are supposed to wear N95 masks while the ill, or potentially ill, United employee boards the airplane. “After readying the aircraft, all operating crew members should ensure they maintain a safe distance of 6 feet or greater from affected crew members beginning with boarding, and at all other times during the extraction.”

Once on the airplane, the memo states, operating crew members are not supposed to go to the rear of the aircraft unless necessary for operational or safety reasons.

The sick, or possibly sick, crew member can only sit in certain zones of the airplane. On narrow-body jets, the affected crew member must seat in economy class, while on wide-body jets, the person can sit in the one of the rear-most seats in business class. Each airplane has an imaginary red line near the front of the aircraft the sick person may not cross cross, except in an emergency.

The person being extracted may eat, and may use one of the aircraft’s galleys to prepare food. The person may also use designated bathrooms.

“After using the galley for food/beverage prep or trash disposal, affected crew members are asked to disinfect their preparation and/or contact areas using alcohol-based sanitizer,” the memo states.

Once at the destination, the sick or potentially sick crew member is supposed to be the last person off of the airplane.

The pilots memo was sent out just as United is dealing with an incident in which a passenger died last week on an Orlando-to-Los Angeles flight reportedly with Covid symptoms. The airline, which would not confirm the passenger had Covid, said it was contacted by the U.S. Centers for Disease Control and Prevention about the death.

“At the time of the diversion, we were informed he had suffered a cardiac arrest, so passengers were given the option to take a later flight or continue on with their travel plans,” United said in a statement. After the flight was diverted to take the passenger off the plane, it continued on to Los Angeles.