Saudi Arabia has unwittingly learned that to open its doors to international leisure travelers, a good start is to first open the hearts of its own local population to discover the country's unique destinations.

It turns out that Covid-19 has created a domestic travel smash hit that is unprecedented for Saudi Arabia.

Beyond the much-needed tourism revenue this brings, a surge in locals exploring their own kingdom provides another unexpected gain: improving the kingdom’s preparedness to serve international tourists when doors open again, say its industry executives.

This past summer, the eyes of many Saudis were peeled for the first time on destinations in their own country, as Saudi Tourism Authority and the private sector — battered by Covid-19 like everyone else in the world — turned to the domestic market as the only source.

Saudis typically travel overseas for holiday, with the other Arab states and Europe as popular regions. But the kingdom’s ban on all international travel to and from the country since early March to control the spread of Covid-19 makes overseas travel out of question. The government began reopening at the end of May, enabling locals to travel domestically, but international flights remain suspended.

There has always been a domestic travel market, however, it was primarily for business, visiting friends and relatives, attending weddings and other special occasions, and for religious reasons, said Muzzammil Ahussain, executive vice president of the consumer travel unit at Saudi-listed Seera.

“The big shift is the purpose is different. Now domestic travel is primarily leisure,” said Ahussain.

“There are many new destinations, such as Neom, Amaala, Qiddiya and Red Sea islands [90 islands near Tabuk alone], besides rediscovering the amazing cultural and geological sites in Umluj [billed as the Maldives of Saudi Arabia], Tabuk, Al-Ula, Al-Baha, Abha and many others,” said Binmahfouz.

Saudi Tourism Authority’s “Saudi Summer” campaign encouraged citizens and expats to enjoy 10 destinations along the Red Sea, from Tabuk in the north to Jazan in the south. The authority worked with 90 travel trade and hospitality partners to create more than 100 packages across the 10 destinations.

“These are areas that I know many citizens hadn’t experienced before in Saudi Arabia,” said Saudi Tourism Authority’s CEO, Fahd Hamidaddin. “An important consideration for many people was the cooler weather, especially in the mountainous areas of the kingdom, where temperatures can stay around 20 degrees. By comparison, summer averages can exceed 40 degrees in other parts of the region.”

Throughout the campaign, hotel occupancy averaged nearly 50 percent across the 10 destinations, even almost 100 percent in some areas during the Eid break, he said. Domestic tourism spend for July to September rose 31 percent over the same period in 2019. 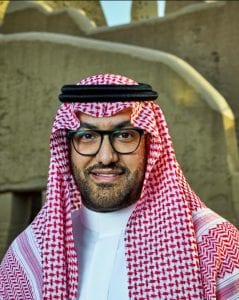 “In addition, the campaign allowed us to continue to develop the product offering, support businesses [including new ones which opened because of demand] and train a young industry, as the country prepares to reopen to international visitors,” said Hamidaddin.

Seera’s Ahussain said the campaign’s success is “a good stepping stone to prepare for international arrivals.”

Seera for example saw a local drive holiday market, not just a market for flights and hotels. That, in turn, creates the urgency to provide tours, activities and experiences, an area that is still a steep learning curve for a country that has largely catered for pilgrims and business travelers.

How do People Enjoy Tourism?

“For me, hotels and flights are the easy part, but how do people enjoy tourism? That’s what we [the kingdom] need to continue to develop,” said Ahussain.

“There is no major international DMC in Saudi, but there is a number of developing DMCs working with Saudi Tourism Authority to build up this infrastructure,” said Ahussain. A DMC is a destination management company, a term used to describe inbound agencies that are specialists in destination knowledge, as opposed to flight/hotel packaged operators.

“What we have are small businesses, for example, if I go to the beach, there’s a small company who knows that city and knows how to do scuba-diving in that place. That’s where we are right now. So all of the industry is trying to bring that ecosystem and human capital together. Not everything needs a multimillion investment,” he said Ahussain, referring to infrastructure and giga projects infrastructure such as Neom and the Red Sea Project that are being developed.

Seera debuted its own destination management group, Discover Saudi, in November at World Travel Market, on the heels of Saudi Arabia’s “Open Hearts, Open Doors” launch in September last year, which marked the opening of the country to international tourists for leisure purposes.

“We have a balance of both industry experience and local expertise. We own a car rental business, for example, and know how to handle a large inventory of vehicles. We have lots of people in consumer travel who understands what the customer wants. It still takes time but we’ve started building tours and activities, as well as signed up another provider that provides specialized tours and adventure activities for Saudis. We’re hoping to launch another wave of packages within Saudi in the next couple of weeks,” he said.

From the launch of its open doors policy last September until borders closed in the first quarter, Saudi Arabia issued more than 400,000 tourism visas, said Saudi Tourism Authority’s Hamidaddin. That made Saudi Arabia the fastest-growing destination in the world, he said.

But it could have been disastrous, if the hundreds of thousands who flock to tourism’s “new frontier” find that it isn’t ready to handle the influx. The surge in domestic leisure travel has provided a kind of dry run or rehearsal for when borders open again for international leisure travelers.

That’s a big when, however.

“We expect corporate transient business to return at a larger scale as businesses and the public sector begin to ramp up operations following the summer period. Meetings and events will take longer to return — however, we are ready to host these again with increased levels of hygiene and cleanliness as part of Hilton EventReady,” he said.

There’s also anticipation that Saudi Arabia will reopen the Umrah market. “The authorities will soon be announcing new measures to ensure that Umrah visitors, both domestic and international, can enjoy their visit in the confidence that their safety is protected,” said Hamidaddin.

There are doubts, however, if religious tourism will be back in force.

“I think Hajj and Umrah tourism will take years to recover to 2019 levels. It will probably be the last of tourism categories to recover due to the very crowdedness factor,” said Elnur Seyidli, CEO of UK-based HalalBooking. “On the positive side, once it recovers to 2019 level, it can still grow multifold from there.”

The company was planning to launch an Umrah Hotels category for this winter before Covid-19 happened, encouraged by Saudi’s move to simplify the visa process. “We’ll probably launch the category anyway but perhaps delay the marketing push,” said Seyidli.

Umrahme’s Binmahfouz expects the Umrah business to kickstart with a limited number of domestic Umrah performers, then increase gradually until international travel is allowed and new travel and safety protocols are in place.

“A vaccine discovery and availability in the market will speed up recovery,” he said, adding he supports the government’s measures to ensure the health and safety of citizens, residents and visitors remain the top priority.

International leisure travel is likely to take a while, said Seera’s Ahussain. “There’s no official information when Saudi will open for international leisure. The kingdom is taking a stringent approach; it wants to make sure that things are under control, and that’s ok. Internally, we are preparing to have products and services ready by early next year for the international market. For the rest of the year, we are focusing on domestic,” he said.

But post-pandemic, world travelers may be seeking less novelty and prioritize destinations they feel sure-footed on, rather than an unknown one which is also seen as strict and authoritarian, with a record of human rights abuses to boot.

Projects and developments across the country have not stopped despite the pandemic, while more international hotel groups are coming in, he said.

“Most recently, Millennium Hotels & Resorts opened the first of its 50 planned hotels in Saudi Arabia in Tabuk. The Royal Commission for AlUla announced the expansion of its partnership with the international hotel group, Accor, as well as a new sustainable resort to be built by Habitas,” said Hamidaddin.

“In October this year, Hegra, the kingdom’s first UNESCO heritage site and an outstanding example of the Nabatean’s architectural mastery, will open to the public. Also, the Red Sea Project, one of the world’s most ambitious, eco-friendly tourism developments, is set to welcome its first guests by the end of 2022.”

Hilton’s Ajami said the chain is “absolutely on track” with its expansion plans because the treasures of Saudi make it a “hot ticket” for future travelers.

Hilton has operated in Makkah for more than 25 years, with four hotels and 3,000 rooms across three brands, Conrad, Hilton and DoubleTree by Hilton.

“We continue to see significant development opportunities for our luxury and full-service brands in major cities and resort destinations, such as in Riyadh, Jeddah and other Red Sea locations. Our focused service brands are seeing significant growth potential in smaller regional centers — an example is the expansion of Hilton Garden Inn with four hotels now operating in Riyadh, Al Jubail and Al Khobar, with 12 more in the pipeline. Interest from hotel investors has increased following the commendable Vision 2030 initiatives,” said Ajami.

Looks like Covid-19 has not made a mirage out of Saudi’s “Open Hearts, Open Doors” ambitions.