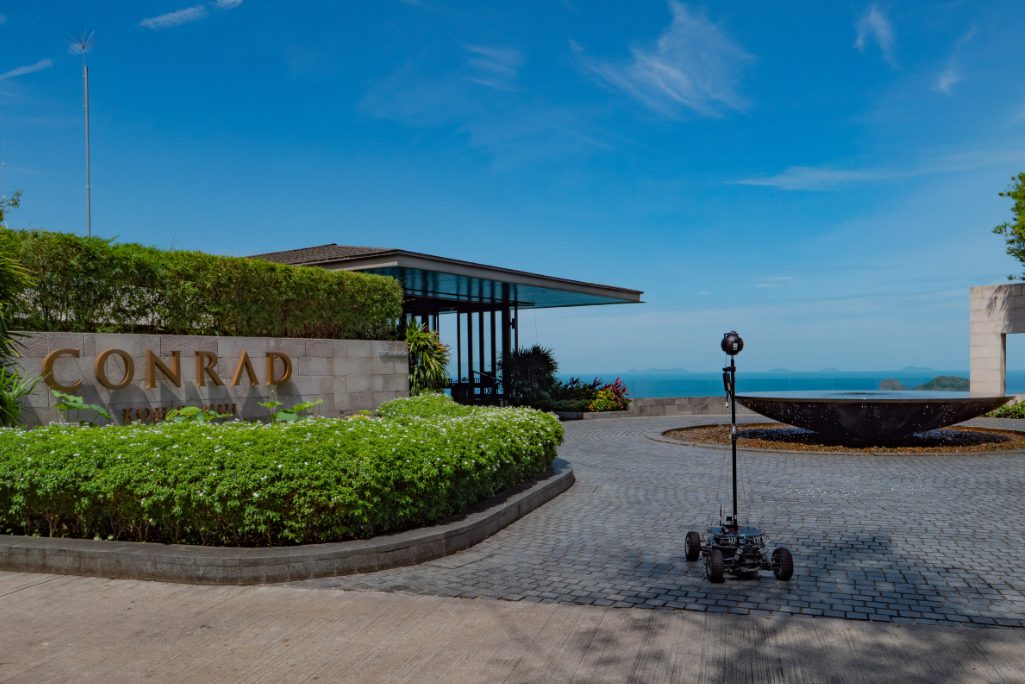 Virtual reality has been the next big thing for years, and it always will be. But despite skepticism, the technology shows a potential to help the travel sector in a few specific, high margin cases.

Clunky, costly headsets and a lack of content have stalled virtual reality (VR). Yet this overhyped technology is enjoying a modest uptick of real interest thanks to pandemic-related restrictions on travel and events. Some companies have found a few niche uses for virtual reality in the travel sector, and they say they see promising returns on their investment so far.

A few tech giants continue to think virtual reality devices could be a way to cash in on expected rising demand for crowd-free concerts, sporting events, and travel because of the pandemic and the rise of ultrafast 5G internet connections.

Sony plans to release this year an enhanced version of its virtual reality headset, PlayStation VR. Apple acquired in May virtual-reality streaming company NextVR. Facebook recently debuted Quest, a new version of its Oculus headset, that drove most of the double-digit, year-on-year growth in the company’s revenue outside of social media in the past two quarters. Vive headset maker HTC says it’s ramping up its efforts, too.

For the travel industry, though, a lack of content has kneecapped growth. Someone has to record videos of destinations, hotels, and aircraft and other attractions, and someone has to upload that content in ways that can be easily discovered by interested people. Few have stepped up to these tasks, as noted in a Skift Research report this year on Emerging Tech.

QuaQua, a virtual reality travel platform, received its first funding round of $1 million this month, despite being founded in 2016. The Hyderabad, India-based company produces and aggregates virtual reality-enabled travel content about many tourist landmarks and attractions in India.

VResorts plans in September to launch an online travel agency for hotel and resort bookings that makes a heavy use of virtual reality content.

Skylights, a company that until now has offered headsets and a licensed library of content to airlines, has had to make a short-term pivot. The pandemic has crushed air travel. But as travel rebounds in the next few weeks, the company will launch a partnership with a major California airport where it offers passengers sterilized virtual reality headsets and content for pick-up and drop-off before and after round-trip flights.

“We’ve negotiated with studios like Warner Brothers and Lionsgate to get licenses for their latest releases in VR format,” said Abhijit Limaye, co-founder and head of product at Skylights.

Some uses of travel content can be surprising. Before the crisis, the Slovakia-based team at Sygic Travel primarily earned revenue from selling digital destination guides to travelers. But along the way, they began filming virtual tours of popular destinations, collecting a library of 50 virtual day tours, including farther-flung spots in Ecuador and Colombia.

When the stay-at-home restrictions hit this year, the unit began offering the content to residences for the elderly, who use the headsets to dream or reminisce about travel.

“VR saved our unit’s business during the pandemic,” said Barbora Nevosádová, head of business development at Sygic Travel, which is a unit of a company that builds global automotive navigation systems for mobile phones and tablets. The revenue from the virtual travel business can help fund the company’s efforts to film new destinations using the latest equipment, building up a library of virtual reality content it will license on a white-label basis to others, such as travel resellers.

“It’s critical to ‘future proof’ your VR efforts by recording content in the highest fidelity now in anticipation of a couple of years from now when devices can view it become mainstream,” said Nevosádova. “We’ve invested in a rig that can record in 8K resolution and with stereoscopic effects that trick the brain into feeling present at a location, even though most viewers today can only handle 4K content.”

Once virtual reality equipment becomes lightweight enough, drones will be able to carry them, providing even more dimensionality to landscape scenes.

Not every company could pivot during the pandemic, though. Vravel, an Argentine company that produced virtual reality content of destinations for use by travel agencies and other partners, has gone dark due to the economic crisis.

But changing consumer behaviors may help other vendors survive.

“We’ve gone through a phase of consumers getting used to buying travel on their mobile phones,” said Romain Baron, chief marketing officer for VResorts. “The next phase in travel booking, especially for luxury and youth segments, is the VR phase. Early adopters will want VR as a kind of proof before booking somewhere, similar to how we use online reviews for proof today.”

“Before the crisis, we talked to hotel decision-makers, and many had skepticism toward VR,” Baron said. “Now, instead of rejecting the idea, they’re saying this is the technology they need to help win market share in the recovery.”

Expect high-end hotels to continue to experiment in recording virtual reality tours of their properties. In a few specialized situations, virtual reality can be a way to help make a sale for a big travel purchase that’s a significant improvement over today’s methods.

VResorts has recorded virtual reality tours of five-star resorts in exotic locales like Bali. Meetings and convention specialists can then use the content to help choose where they should hold their next events.

Destination weddings are another big category with potential. For elite weddings for the wealthy and celebrities, choosing a resort to hold an event can involve an expensive trip hopscotching locales. Virtual reality content can help narrow down choices more efficiently, said Sachin Kanodia, founder and CEO Rizort, which uses virtual reality content to help sell travel.

“We’ve also left the headsets in the offices, so employees can get a peek at the destination property and become excited in anticipation of an event,” Kanodia said.

Enterprise training uses are a separate niche use for virtual reality. Exhibit A: Before the crisis, hotel conglomerate Accor had begun using virtual reality headsets and content to train people on best practices at locations scattered across the globe.

Museums and attractions can also supplement exhibitions with virtual reality. Between October 2019 and February, the Louvre in Paris ran an exhibit called Mona Lisa: Beyond the Glass that used virtual reality headsets to show attendees simulations of the artist’s studio and inspirations. In November, London’s Saatchi Gallery helped visitors understand the context of some artifacts from the tomb of the ancient Egyptian king Tutankhamun with a virtual reality experience. Los Angeles-based vendor CityLights VR, created the content and is working on a version of it for at-home users. Wraparound Video as a Gateway Drug

Companies specializing in making wraparound video that are immersive, such as FlyOver Canada, hope that the lifting of stay-at-home restrictions will help revive their businesses that they said had been expanding before the crisis.

Google is currently the most significant player in creating and distributing wraparound video content for travel, which can be a stepping stone to full virtual reality. (The company’s Google Cardboard, product, which is a viewer you slot your smartphone into for second-rate virtual reality, hasn’t caught on.)

The search giant sends specialist videographers to film iconic landmarks for travel inspiration. Before the crisis, Google invested in the latest camera equipment for recording content so that it could future-proof the content’s usefulness over the coming years as users buy tech and get high-speed internet connections that better let them enjoy it.

“The beauty of the world’s most treasured spots doesn’t change, but our ability to reproduce it digitally does,” said Valentina Frassi, a program manager for Google Street View who has been filming locations since 2011.

Some tourism organizations help cover the cost and support the marketing promotion of inspirational virtual reality content. One example is Japan’s tourism leaders, who have promoted a quirky Japan VR Tour from vendor 360 Panorama. But U.S. tourism organizations have barely supported some private virtual reality efforts, such as a collection of immersive 360-degree panoramas of the Yosemite National Park at Virtual Yosemite.

The mass adoption game-changer in travel won’t be virtual reality, many experts said. The transformational tech will instead be augmented reality, which superimposes digital content on real life, with the most simplistic example being a heads-up display of the speed of a motorcycle on a helmet’s windshield.

But in the meantime, virtual reality stands a shot of having a relevant, profitable niche for some travel providers. Plus, it can simply be fun.

“I’m suddenly cool with my nine- and six-year-old kids,” said Nevosádova. “They think I’m a YouTuber.”