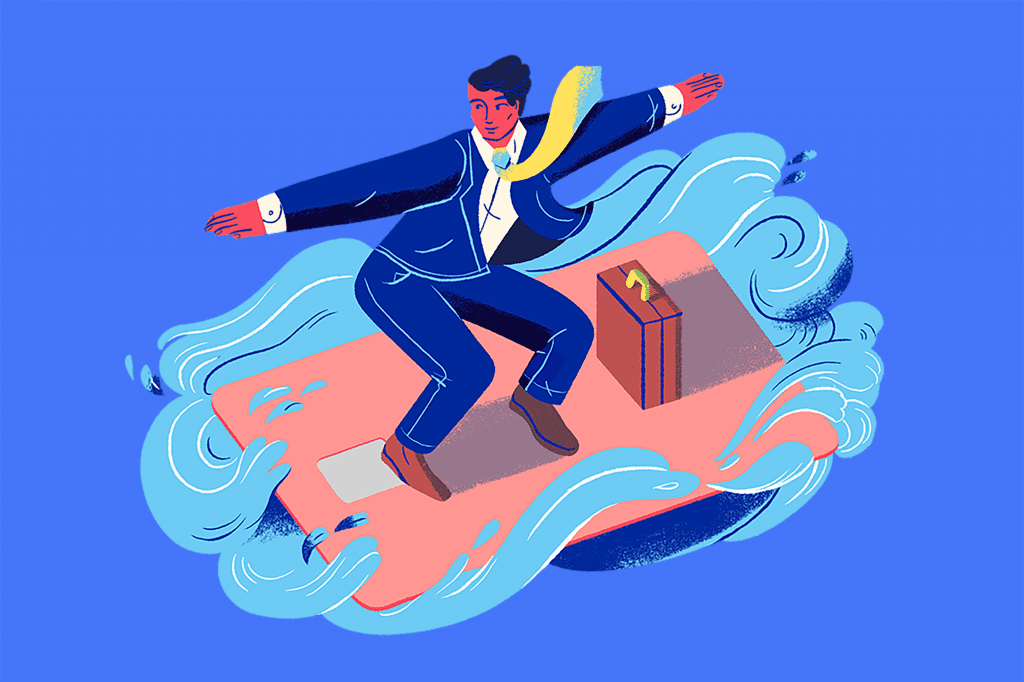 Global payments technology and rules are changing swiftly, led by seamless innovations in Asia that are making life easier for consumers. Travel companies of all sizes are finally taking action in order to stay competitive.

We recently released our annual travel industry trends forecast, Skift Megatrends 2020. Download a copy of our magazine here and read on for highlights online.

Imagine that you want to sell a travel product — a tour or a flight, let’s say — to a customer living in another country. You could accept traditional forms of payment, such as credit cards and corporate cards. But you probably would also want to accept newer types of payment, such as mobile wallets like Apple Pay and Alipay. You might want to provide credit to consumers so they could pay in installments.

To go 21st century, however, you’d have to update your back-office payment processes that date from your father’s era. You’ll be in good company, though: As the financial world rapidly evolves, most travel brands are racing to stay current.

Technology is one source of this change, but so is regulation. New European Union rules that come into force in December 2020 require changes in cross-border commerce. European regulators are trying to fight fraud by requiring most online payments to go through an additional level of verification called “strong” or “second-factor.” The new rules will have a side effect: They’ll likely prod many companies to revamp their approaches to payments because modern processes readily comply with the rules.

“The idea that I have one credit card or corporate card and pay a lot of travel things with it, well, that system has had its day,” said Simon Barker, CEO of payments technology vendor Conferma Pay. “The travel industry must move to virtual cards, where a business traveler buys each thing with a separate virtual number.”

Virtual cards lend themselves much more readily to secure authentication. Happily, adapting to the world of digital payments brings a bonus: It also makes it much easier to work with next-generation mobile wallets, such as India’s Paytm and China’s WeChat Pay.

Travel brands need to offer the most extensive array of payment options to buyers to maximize their revenue. Otherwise, some travelers may abandon their bookings rather than complete them because their preferred payment method isn’t available.

“2020 is the year that alternative payments will surpass cash and cards for travel industry transactions,” said Bart Tompkins, managing director of payments at Amadeus.

Many businesses also are moving to digital-first processes to save time. Many large companies are leaning on expense solutions like TravelBank and Expensify to channel expenses straight from the proverbial cash register to their finance departments. At the same time, credit card companies like Brex and Divvy are creating payment solutions to streamline those activities.

Small operators are looking to smooth out and speed up processes with new digital fixes too. A case in point is Mustang Lodge, an adventure skiing lodge in British Columbia, Canada. The lodge’s operator recently adopted a new payment system from a vendor called Flywire. Most of Mustang Lodge’s nearly 1,000 bookers for the winter season make the balance of their payments at roughly the same time in an early October crush.

“It made it a lot easier this October to have automated processes to field fewer calls and spend fewer hours on handling invoices,” said Rob Cloke, an operations manager at Mustang Lodge. “We added a link to our invoice, which customers clicked and paid online,” creating a more seamless experience.

European and North American destinations are scrambling to adopt Asia-based payment methods to draw in highly coveted Chinese outbound travelers. This digital payment push is gaining added urgency in the United States as many destinations and brands try to salvage market share of inbound tourism in the face of the U.S.’ increasingly strict visa policy and the weakening yuan.

Booking.com, in 2019, for example, began enabling managers of short-term rental properties to let it collect payments via alternative payment systems like Paypal, Alipay, and Paytm.

“Going global with mobile payments is definitely the future,” said Laura Miller, global chief information officer at InterContinental Hotels Group, during an interview at Skift Forum Asia in Singapore last May. “It’s going to happen across the board, and the question is which solutions are you going to place your bets on.

French hospitality giant Accor in November 2019 partnered with online seller Alibaba Group to develop digital applications and loyalty programs to appeal to Chinese consumers over the next five years. Alibaba has a travel arm, Fliggy, that will facilitate consumers booking hotels, catering services, and entertainment offerings through Accor. Customers will be able to use Alipay.

One related payments tech area that the travel sector is playing catch-up on is the ability to take contactless payments and payments by QR-style bar code, which are common outside of the United States, Europe, and Japan. Japan’s state-backed railway companies have been adopting point-of-sale scanners from companies like TakeMePay that make it easier to accept the preferred payment methods of foreign visitors.

Alipay, in early June, announced a partnership with six European mobile wallet services. The goal is to establish a “unified” QR code that allows Alipay users to make payments at any location that already accepts one of the payment services. Chinese travelers will be able to use Alipay across a network of 190,000 merchants, according to Jing Travel. Alipay’s inroads in Europe have primarily targeted serving Chinese outbound travelers.

In a turning point, both Alipay and WeChat Pay announced in November that they intend to open up their platforms to inbound foreign travelers visiting mainland China, signaling ambitions on a global scale.

Contactless payments are also more common overseas than in the U.S. and Europe. To keep up, American Express last year made all of its newly issued consumer, small business, and corporate cards contactless-enabled.

In the decade ahead, the travel payment landscape may shift in a few ways. One change may be a move to so-called peer-to-peer payments, where a buyer and a seller, neither of whom is a bank, exchange money. If this trend materializes, travel companies may see an explosion in the number of new forms of payment they need to accept.

The standardization of installment payments as a concept is another accelerating trend. One example is Uplift, a financial services company focused on enabling travel brands to offer consumer loans. The startup in 2019 began enabling airlines like United to sell plane tickets for expensive international trips in monthly installments, and the company raised a $123 million Series C round that helped to accelerate its efforts.

But other companies, like Affirm, Airfordable, and Sezzle, are heating up the installment payments sector, too.

A final trend will be a dropping cost for travel agencies to handle international currency payments. Startups like Airwallex are using technology to help reduce the fees charged for processing overseas transactions.

Facebook’s proposed alternative payment system, dubbed Libra, faced headwinds in 2019, with the exit of a half-dozen founding members, including Booking Holdings, Visa, and Mastercard. Still, it remains possible that, over the next decade, new types of currency will become popular.

One promising concept is a “stable coin” — which, in theory, would take advantage of the so-called distributed ledger technology behind cryptocurrencies like bitcoin but that are tied to major currencies like the dollar, euro, or yuan for more stability.

For now, though, the travel industry has enough changes in payment processing to cope with without contemplating these farther-out ideas.