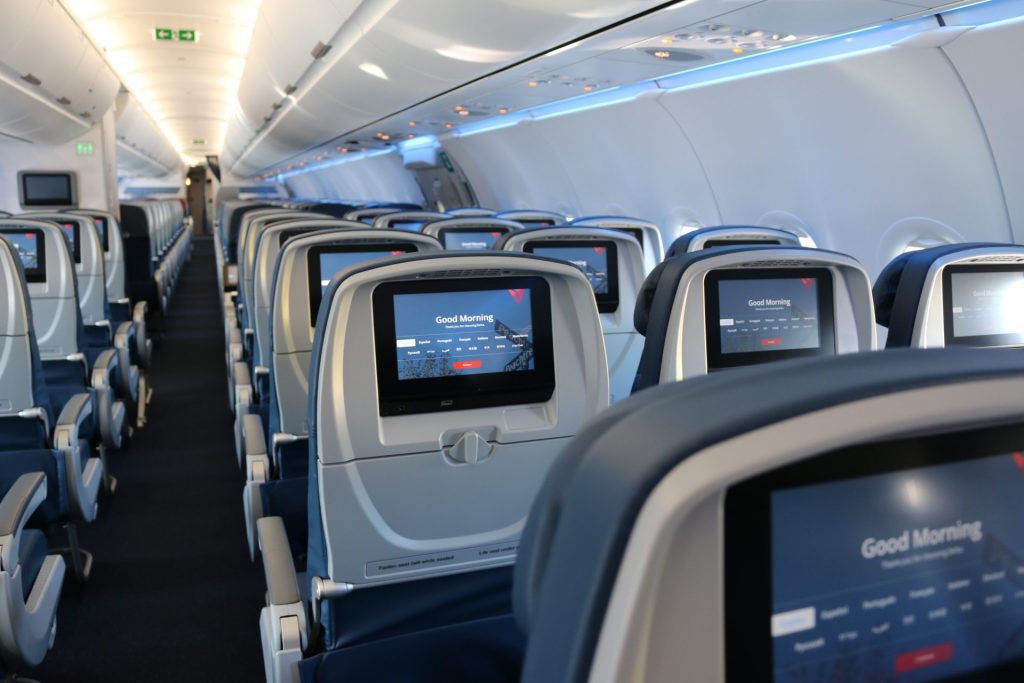 Skift Take
This priority boarding craze is getting out of hand. Almost no one wants to get on an airplane 45 minutes before it departs. People go nuts over boarding early because they have overhead bin anxiety. Can we just start charging for bin space? It’s a precious resource for which demand outstrips supply.
— Brian Sumers
Share
Tweet
Share
Post
Send

No full-service airline wants to come out and charge for overhead bin space. The optics would be horrible, with passengers complaining about how an airline took from them what was once free.

But Delta Air Lines on Wednesday quietly came close to instituting a pay-for-space policy, even if the webpage touting the product said nothing of the sort.

Delta is calling its new platform, SkyMiles Select. Passengers who pay $59 annually will have access to Delta’s Group 1 boarding, allowing them earlier crack at bin space. They’ll also receive eight free drink vouchers — worth about $70 — along with a snazzy luggage tag, worth $0.

Group 1 is actually the sixth group, going after active duty military members, business and first class customers, and many higher-level frequent flyers. People who board in Group 1 typically have one of the airline’s co-branded credit cards, or hold lower-level frequent flyer status on Delta or one of its partners.

There are three groups beneath Group 1 — 2 and 3, as well as Basic Economy. On some routes, though, passengers who board after Group 1 may have trouble finding overhead bin space.

This product appears to be aimed at somewhat frequent travelers who neither have one of the airline’s American Express credit cards, which come with priority boarding, nor hold elite frequent flyer status.

Many airline customers covet priority boarding, but it is an odd perk. There’s not much reason to board an airplane early, unless a customer has a big bag for the overhead bin, or a lot of childcare gear to stow. Some frequent flyers prefer to board last, packing light so they can spend more time in the airline’s lounge.

Some insiders believe airlines made the wrong decision more than a decade ago when they rushed to add bag fees amid soaring fuel prices. Had American Airlines instituted fees for overhead bins space in 2008, rather than checked luggage, the boarding process today on U.S. airlines might be much more refined, with passengers not fighting each other over the remaining space.

With this product, Delta may also be seeking to test the market for subscription-related services. Airlines historically have offered few of them, because passengers who fly a lot can receive outsized value.

The subscription model is notoriously difficult for all-you-can-fly packages — you’d be surprised how much some customers will fly if given the chance — but may work better for more targeted products, like priority boarding. Perhaps the most successful long-running subscription product is United’s Economy Plus offering, which gives customers access to extra-legroom seats. For one year, customers can buy it for $599.

Many airlines also offer subscriptions for checked baggage and inflight WiFi.  But there are indications more offerings could be coming, as airlines notice the same trends as other businesses, including food kit companies like Blue Apron, content services like Netflix, and retailers like Amazon. All rely on the steady revenue stream subscriptions provide.