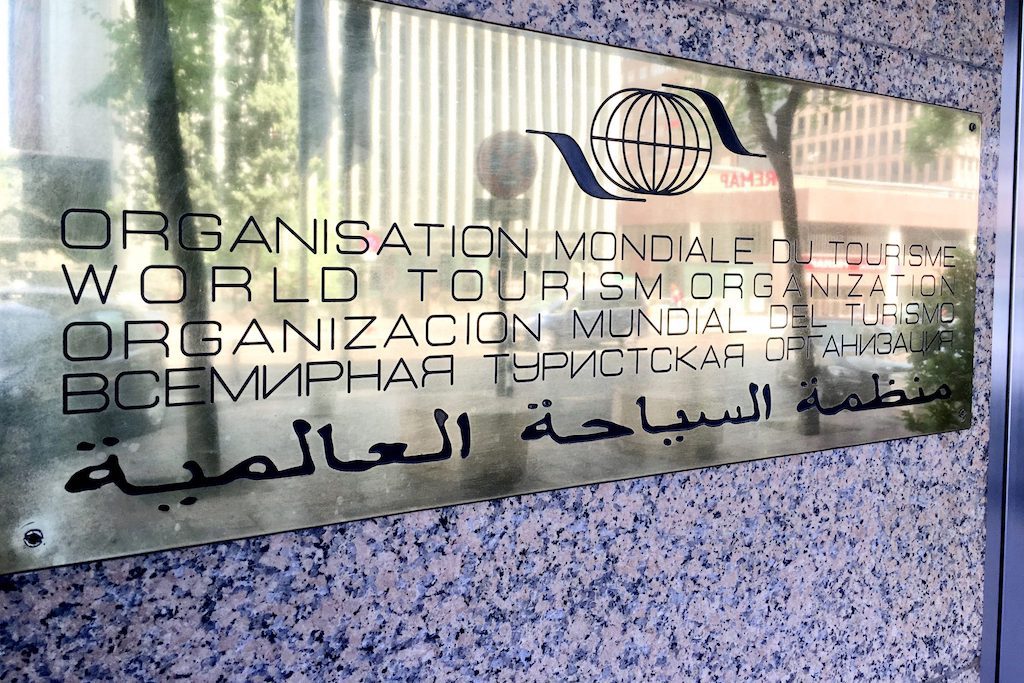 Skift Take
The policies of the Trump administration haven’t exactly been friendly to inbound U.S. tourism — or to international cooperation. But for reasons not entirely clear, the administration seems keen to get back into the UN’s World Tourism Organization.
— Rosie Spinks
Share
Tweet
Share
Post
Send

The Paris Climate Agreement. The Iran nuclear deal. The Trans-Pacific Partnership. UNESCO. These are all international agreements or protocols the United States has pulled out of since President Trump enacted his “America First” agenda at the start of his first term.

When it comes to the issue of global tourism, however, the U.S. seems to be indicating a rare note of international cooperation. Late last week, Assistant Secretary of State Kevin E. Moley had a meeting with officials from the UN World Tourism Organization in Madrid to further talks of the U.S. rejoining. This was after a White House delegation attended the organization’s meeting in Baku, Azerbaijan, in June and announced the U.S.’ intention to renegotiate membership. “America First does not mean America alone,” the White House’s principal deputy chief of staff was quoted as saying.

The move is curious on several levels. First, even though it’s a founding member, the U.S. left the United Nation’s tourism outfit during the Clinton administration, when an analysis of special purpose international organizations found that membership did not provide enough benefits to warrant spending taxpayer money. That the Trump administration — not one for profligate spending, but rather, tax cuts — appears now to disagree with that assessment is certainly notable. In addition, Republicans have historically not been keen to use federal funds for tourism-related activities.

In June, when the prospect of rejoining on “terms that are advantageous to the United States” was first announced, the U.S. Department of State released a statement saying “the Administration believes that UNWTO offers great potential to fuel growth in that sector, create new jobs for Americans, and highlight the unmatched range and quality of U.S. tourist destinations.”

Fair enough. But it’s worth noting that the Trump administration has made life quite difficult for the U.S. tourism sector and the jobs it brings, including axing the funding for destination marketing outfit Brand USA (it’s currently lobbying for a path to renewed funding in Congress) and implementing policies that are less than welcoming to foreign visitors. To that point, the World Tourism Organization itself has issued statements disapproving of Trump’s Cuba policy and so-called Muslim travel ban. International arrivals and market share of global travelers are both down under Trump.

When reached by Skift, the State Department confirmed the meeting took place last week but did not provide any additional comment about its contents or the progress of renegotiation.

Meanwhile, the UN is predictably pleased by the prospect of the U.S. rejoining. In a statement issued on Monday after last week’s meeting, Secretary-General Zurab Pololikashili said “it is extremely encouraging that the United States has clearly signaled its intention to rejoin UNWTO and support tourism as a key driver of job creation, investments, and entrepreneurship and safeguarding natural and cultural heritage the world over.”

Other tourism powerhouses who are notably not members of the UNWTO include the UK, Canada, and Australia. While those nations left for different reasons, lack of oversight and the human rights credentials of those who sit on its advisory council have been frequent criticisms leveled at the organization.