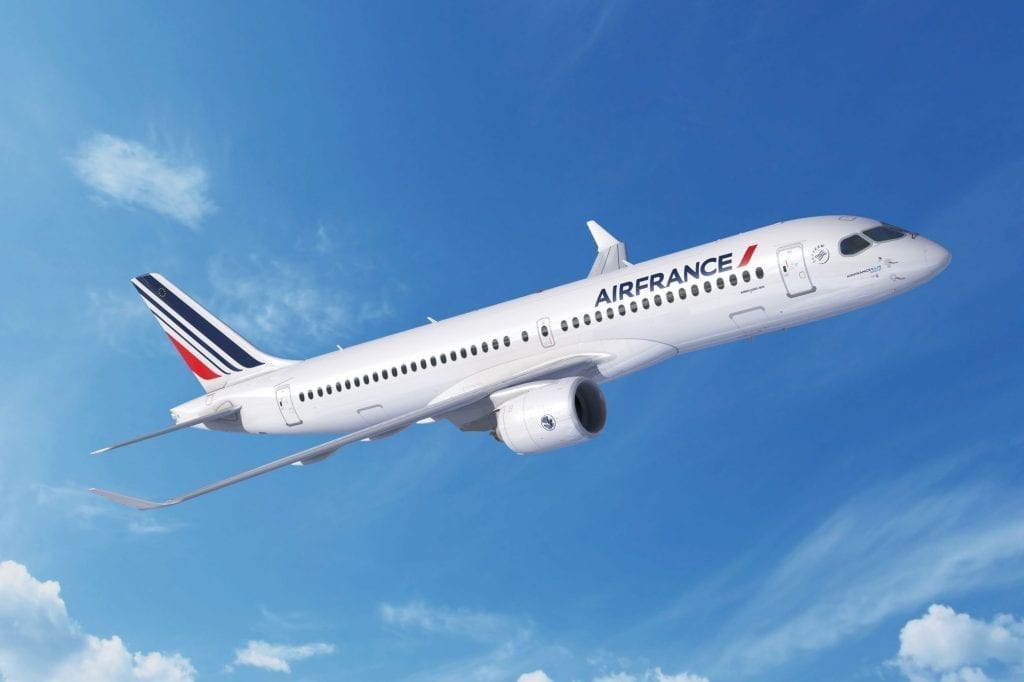 Under newish CEO Ben Smith, Air France-KLM has improved its relationship with its unions. This new agreement will make it much easier for its French unit in particular to compete with low-cost rivals.

Air France will explore the use of narrow-body aircraft on midrange routes after sealing a new deal with its largest pilot union.

Pilots unions typically negotiate what are called “scope clauses” that dictate the size of jets a pilot can fly. The airline had previously been unable to use smaller jets on routes more than three hours from Paris, meaning it had to use less economical aircraft — but under the new agreement, this restriction will cease to exist.

Parent company Air France-KLM announced Tuesday a new aircraft order for its French unit, which included a firm commitment for 60 Airbus A220-300s to replace older planes on its short- and medium-haul network.

CEO Ben Smith hinted that the new development meant that any additional order would reflect the change in circumstances.

“When we ordered the A220, we did not know whether this [flying narrow-body aircraft on longer routes] was going to be feasible. That’s one of the reasons why we ordered 60 and not 100 and not 120. So now for the second half of the replacement of the Air France fleet, it’ll be done under these new terms and new conditions,” Smith told analysts on an earnings call on Wednesday.

Smith said that destinations in Africa, South America, and the Middle East could benefit from a shift to narrow-body aircraft.

“This opens up a whole new range of opportunity for us to more efficiently fly to some of these destinations,” he said.

New variants like the Airbus A321LR make it possible to fly long routes using a single-aisle aircraft. It has a range of 7,400 kilometers, enabling it to cross the Atlantic.

The agreement with the SNPL pilots’ union also gives the airline group more scope to expand its low-cost brand Transavia in France. The French unit is currently restricted to 40 aircraft and has 30 in operation at the moment.

“Where we would look to grow with Transavia France would obviously be where we compete heavily in and out of France with the low-cost carriers,” Smith said.

In what has been a tough quarter for many European airlines, Air France-KLM managed to grow pretax profit by 41 percent to $262 million (€236 million), with revenue up 6 percent to $7.9 billion (€7.1 billion).

Gerald Khoo, transport analyst at broker Liberum, said the results were helped by flattering comparisons to 2018 when Air France took a significant financial hit from strikes.

Khoo added that the industry was still awaiting “full details” of Smith’s new strategy as the former Air Canada executive bids to turn things around at the airline group.

Photo credit: Air France will get 60 new Airbus A220s. The carrier might follow this up with some different narrowbody aircraft. Airbus