Delta Expects to Make $7 Billion From Its Amex Credit Card Relationship by 2023. But How? 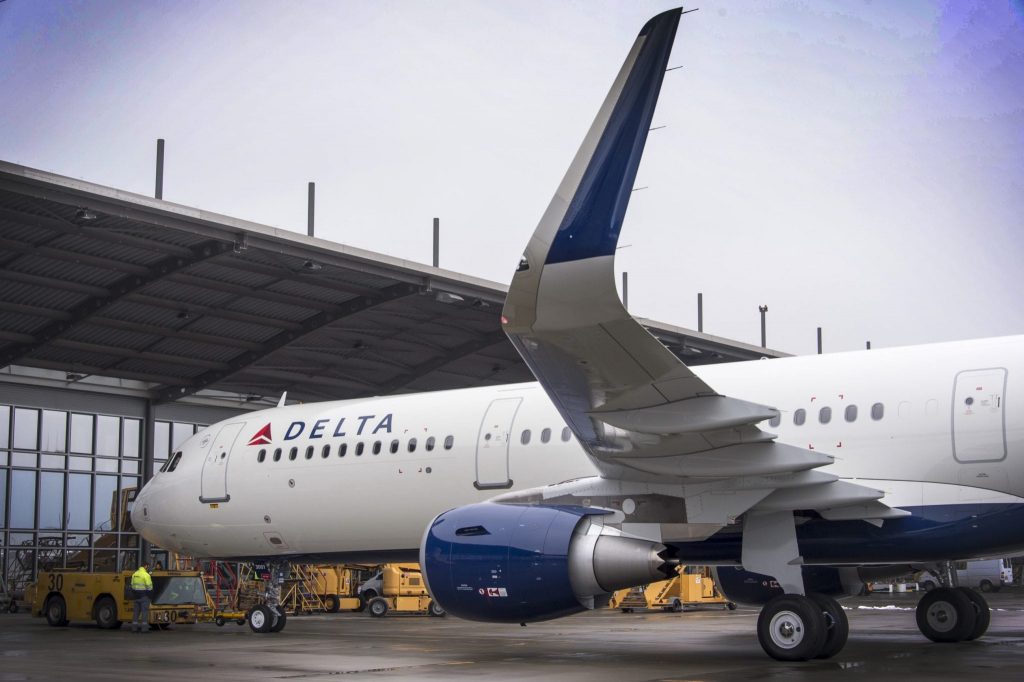 Delta's new contract with American Express should generate massive revenue. It's another sign Delta is trying to stay far ahead of its peer airlines.

Delta Air Lines is promising investors it can earn up to $7 billion by 2023 from its new credit card contract with American Express, about double this year’s haul. But it’ll only see that much money if it meets certain performance goals.

Several analysts tried Wednesday to get Delta executives to share more details about the new 11-year contract extension announced last week, but the airlines’ leaders repeatedly declined to answer, citing confidentiality. “Let me suggest that we have pretty good optimism on getting to the $7 billion in that timeframe we gave,” Delta CEO Ed Bastian said on the airline’s first quarter earnings call on Wednesday.

In recent years, banks have rewarded airlines with increasingly richer contracts, hoping they can sway consumers to apply for their cards by dangling the promise of free travel, upgrades, and other perks. Delta, which probably has the strongest brand of any U.S. airline, has been the top beneficiary, though other airlines have scored rich contracts, too.

Banks typically pay airlines a fixed price per mile — often between 1.25 and 1.50 cents — which they buy directly from the carriers and give as a reward to their customers. Banks may also pay incentives based on the number of new cardholders who sign up. One analyst asked whether American Express might pay more money than usual per mile under the new deal, or whether Delta might be paid more per sign-up, but again, Bastian demurred.

“We are going to be investing alongside Amex in new cardholders, not just acquisitions but development in terms of spend and portfolio size and range and the opportunities to expand,” Bastian said.

While analysts may have wanted more information, they generally cheered Delta’s big news. “We believe this is a very big deal,” Wolfe Research’s Hunter Keay said in a note. “It’s high quality, visible revenue that allows Delta to plan and compete more aggressively.”

Delta executives also stressed the Delta relationship is more important than just a short-term revenue play. Delta likes to go after younger customers just beginning to travel for business, and the American Express deal helps it keep those consumers in its ecosystem.

Younger travelers might not fly often, but if they have a co-branded card, Delta can keep track of them.

“Do we invest in acquiring high-value potential customers early in their life?” Bastian said. “Absolutely. It’s one of the reasons I think our brands align so well because we have similar strategies in terms of our think about our brands and how we think about consumers.”

Breaking Out the Business

Joe DeNardi, an analyst with Stifel, long has argued frequent flyer programs are the most profitable piece of every airline, with profit margins approaching 50 percent. Yet few airlines break out detail on their programs, with many viewing them as secret.

“As we grow our loyalty program, you’re right, there will be a question of disclosure in terms of providing better insight from an ownership perspective and a governance perspective into the drivers of our profitability into the future and whether that’s in a segment or whatever disclosure format,” Bastian said.

In a research note, DeNardi suggested Delta’s stock could be worth more if investors had greater detail on the American Express relationship

“There continues to be a significant disconnect between the fundamentals of Delta’s marketing company and Delta’s valuation,’ he said.

In an earlier note, Jamie Baker of JP Morgan, made a similar argument.

“Quite simply, the heft and breadth of Delta’s relationship with Amex argues for a multiple premium to United and American, in our view, assuming said competitors are unable to replicate Delta’s success with their partners,” Baker said.

Delta, the first U.S. airline to report first quarter earnings, said it made net income of $730 million, up about 31 percent compared to last year. Its operating revenues were $10.5 billion.

The airline’s total revenue per available seat mile, which measures how much an airline makes for each seat flown one mile, grew 2.4 percent year-over year. Unit costs were roughly flat compared to last year’s first quarter.