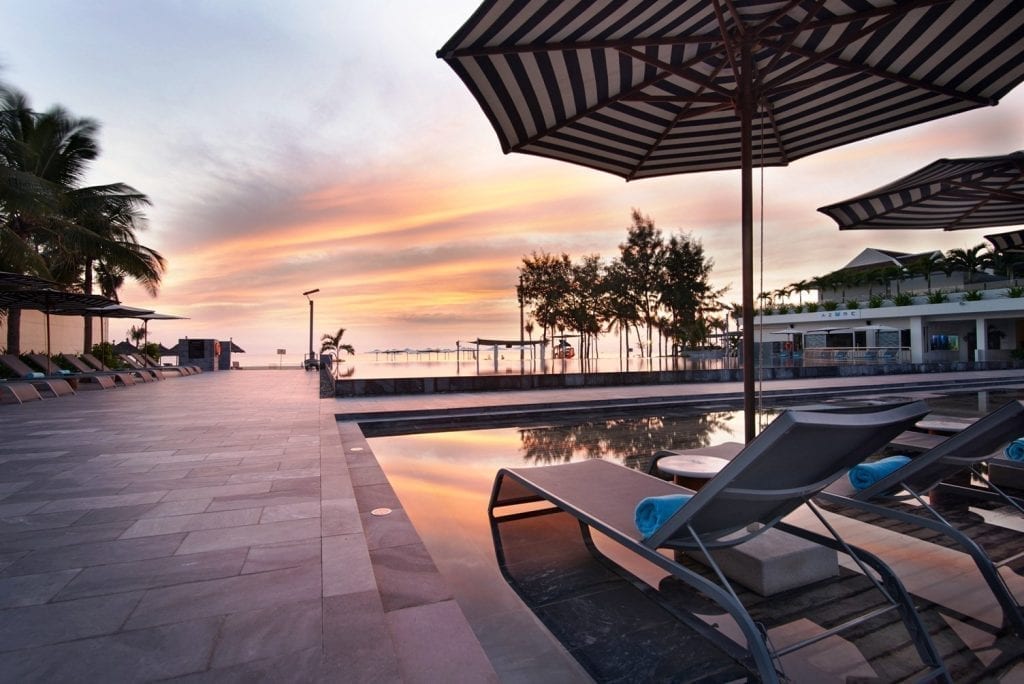 Accor's Sebastien Bazin is less keen about acquisitions these days. Instead, he is looking at Accor internally and aims to fix the chain's rather dismal loyalty program. Sports, dining, and entertainment are key experiences that the new loyalty program will address.

After channeling his energies in the last two years toward mergers and acquisitions, Accor CEO Sebastien Bazin is now turning more of his attention internally,

The result is that Accor will be spending $255 million on a new loyalty program called ALL, which stands for “Accor Live Limitless.” Bazin, in an earnings call with analysts Thursday in Paris after the chain released its full-year 2018 financial results, said the investment is a fraction of the amount that competitors spend, but claimed the impact would be more far-reaching and the returns greater.

In addition to the new loyalty program, AccorHotels rebranded as Accor.

Bazin said he will spend 99.9 percent of his time to build “teams, brands, loyalty.”

It irks him that competitors such as Marriott, Hilton, and InterContinental Hotels Group get between 40 and 60 percent of bookings from their loyalty programs while Accor attracts just 30 percent. Those chains also earn partnership revenue of $250 million to $600 million, while Accor generates only $6 million.

Its new loyalty program ALL has wasted no time in signing a global multi-year partnership with Paris Saint-Germain, dubbed the world’s fastest-growing football club.

Accor and the football club announced that they have signed a global multi-year partnership agreement. Accor’s new lifestyle loyalty platform ALL will become the principal partner and official jersey sponsor of the club starting from the 2019/2020 season.

Apart from partnership revenues, he said, “Paris Saint-Germain players are today followed in the world by 395 million fans. So think of what we can do in terms of reaching those fans, many of them probably have never being accustomed to Accor.”

Given all that Accor is now — more than just a hotel company, having added so much to the ecosystem through the acquisitions of the last two years, including at least seven non-hotel companies — the brand should be as big as Danone, Total, Coca-Cola, and McDonald’s, said Bazin.

“We are the biggest hotel operator on the planet. We basically serve 265 million clients on the planet every year; it’s almost 1 million people a day. Why can’t we just admit it, talk about it, invest basically in what matters the most and basically show who we are?” he said.

Answering an analyst’s question on how Accor’s $255 million investment in ALL compares with the other major chains, Bazin said Marriott spends $4 billion per year on sales and marketing, and loyalty, Hilton more than $2.2 billion, and IHG $1.5 billion.

The $255 million is non-recurring, to be tracked separately, and is an additional investment to Accor’s current marketing and loyalty spend.

Aside from amplifying experiences and boosting awareness of Accor via new partnerships, the sum will also be spent on new brand marketing that is designed to improve consumer perception of Accor’s brands from functional to experiential.

Augmenting that at the same time is a series of brand relaunches that are more than just marketing but constitutes “holistic” and real repositioning, said Accor’s global chief brand officer, Steven Taylor, who pointed to the recent Ibis relaunch, which included a new design and the use of music to refresh a favorite old brand.

Sofitel, Novotel, Mercure, Pullman, Raffles, and Fairmont will all be relaunched throughout the year.

Accor’s deputy CEO responsible for finance, communications, and strategy, Jean-Jacques Morin, said the investment would create a “virtuous cycle.” The more consumers are aware of Accor, the greater the is the equity built and this in turn would drive a premium for its products and services.

Apart from the partnership with Paris Saint-Germain, ALL is also partnering with AEG, a sports and live entertainment company, to provide over 60,000 tickets and private suites for ALL members in Latin America, Asia, and Europe.

It has also tied up with IMG to unlock access for loyal members to chef master classes and culinary encounters. IMG also organizes Taste Festivals in London, Paris, Sao Paulo, Hong Kong, and Toronto, with plans for expansion into new cities in the next three years.

An Accor study shows that the top three passions of its loyalty members are, in order, dining and culinary, entertainment and sports, followed by transportation and mobility, and arts & culture in the fourth and fifth positions.

The new loyalty program will be delivered through a new app and website that is designed to allow members access to Accor’s over 30 hotel brands, collection of bars, restaurants and nightclubs and “money can’t buy” experiences. The group describes the offering as “augmented hospitality,” in the sense of it being complete, immediate, seamless, personalized and easily accessible through a single platform.

Along with the new loyalty program, which replaces Le Club AccorHotels, Accor has also launched a new corporate logo which drops the word hotels. Bazin actually added ‘hotels’ over three years ago to Accor’s core name but is reversing it because “we’ve been doing so much more than hotels,” he said.

“Of course hotels are still going to be the core activity of Accor for the next 50 years, but we’ve added so much [to the] ecosystem, so we are getting slowly but deeply into augmented hospitality,” he said.

The chain continued its transformation toward an asset-light model through the disposal of 65 percent of AccorInvest and the swift redeployment of the cash proceeds from core acquisitions. Capitalizing on a record organic increase of its network with 43,905 rooms opened (300 hotels), the group ended 2018 with a hotel portfolio of 703,806 rooms (4,780 hotels) and a pipeline of 198,000 rooms (1,118 hotels), 78 percent of which in emerging markets and 49 percent in the Asia-Pacific region alone.

Meanwhile, on a fun note, Accor’s Paris Saint-Germain tie-up was announced just hours after Marriott trumpeted a partnership between its loyalty program Bonvoy with Manchester United, giving members once-in-a-lifetime experiences such as the chance to become the club’s stadium announcer or kit manager for the day.

Bazin couldn’t resist a jab at Marriott about it. “I smiled when I saw [it, but we have] something much deeper and much stronger with our friend, Paris Saint-Germain,” he said. “Plus, we’re going to have a match on March 6…a return game between Paris Saint-Germain and Manchester United. So it’s going to be…Accor against Marriott. So on social networks, we’re going to make something fun out of it. I Hope Arne [Sorensen] you won’t mind, it’s going to be a kind of European competition here.”