Why Are Passengers So Harsh on Airplane Seats? 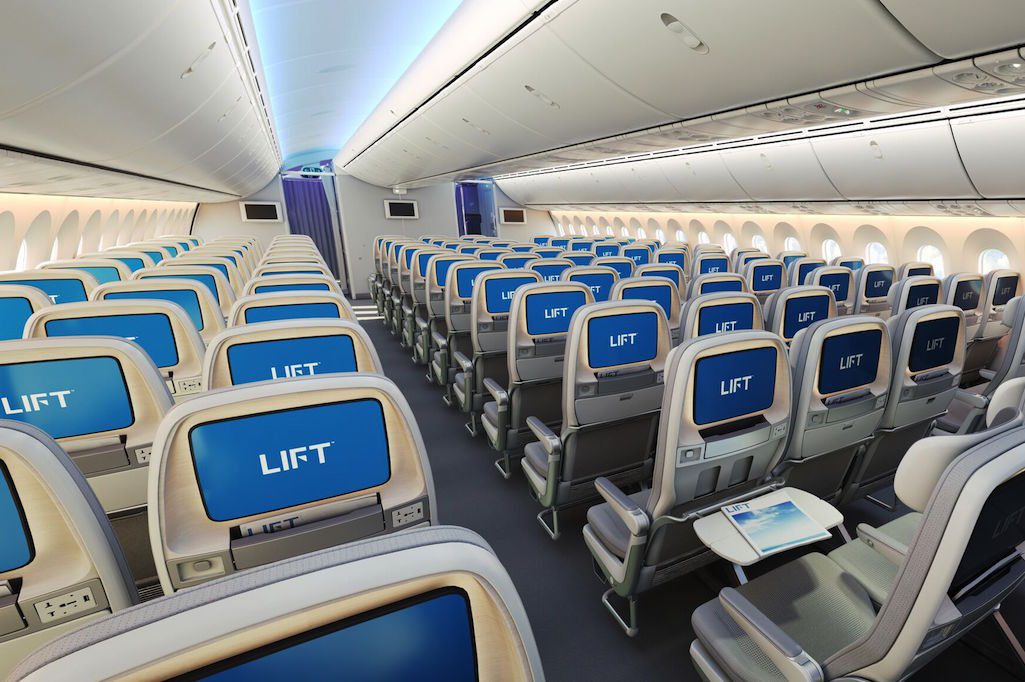 Skift Take
You ever sit in an airline seat and think, “Boy, this thing is not in good shape”? Don’t blame the airline. Blame your fellow passengers.
— Brian Sumers
Share
Tweet
Share
Post
Send

Why do airline passengers abuse seats?

It’s a question most of the industry’s seat suppliers confront often. They build what they believe are pristine products, capable of withstanding the rigors of three or four flights a day for a decade. Then passengers start sitting in them. And, well, they’re not kind.

“Every time I get into an aircraft, I always wonder, ‘Who the hell sat in here before me? What have they done? They’ve trashed it,’” said Gareth Burks, managing director of seat-maker rebel.aero. “As a supplier to the industry, it’s really frustrating that you get hammered by quality control. They have to be perfect on day one. You just know by day two they look probably five years old — scratched and kicked.”

I wrote about the phenomenon this week, drawing from my experience at the Aircraft Interiors Show last month in Hamburg. While there, I learned passengers are brutal on aircraft interiors. They kick. They claw. They draw on seats.

Maybe they do it because they’re bored. Or because they’re jet-lagged. Or perhaps they do it out of spite. Whatever the reasons, manufacturers like Zodiac Aerospace, Recaro, and Stelia Aerospace know they must passenger-proof their products. It’s why just about everything goes through reliability testing. A machine tries to simulate the worst things passengers might do.

“We try to imagine how they will be abused by passengers and crew potentially,” said Scott Savian, an executive vice president at Zodiac. “And then test for worst-case scenarios.”

For more on this testing and some details on how manufacturers make their seats (mostly) indestructible, read my story.

The Business of Passenger-Proofing Seats and Every Other Square Inch Inside a Plane: A few years ago, according to one seat-company executive, so many travelers were stealing seat belts that some seat makers started putting a lock on them. No one is sure exactly why, but the theory is that passengers used them to make belts for pants. Really. This is a thing. You can buy them for about $40 online.

It’s Getting Easier to Redeem Frequent Flyer Miles: Analyst Jay Sorensen once again has ranked the relative generosity of the world’s largest airline loyalty programs. As always, Southwest Airlines is on top, but several other airlines are getting less stingy, he noted. One of them is American Airlines, which is making far more free seats available to customers, according to the annual study.

Spirit Airlines Is Adding Super-Fast Wi-Fi as It Gets More Flyer-Friendly: As U.S. legacy airlines go low with their no-frills basic economy fares, Spirit Airlines — once by far the nation’s most criticized carrier — is going high. Spirit announced last week it will have fleet-wide Wi-Fi next summer, fast enough for customers to stream content from Amazon, Netflix, and other providers. Will this make you more likely to fly Spirit?

U.S. and United Arab Emirates Reach Deal to Solve Open Skies Spat: All these years. All that rhetoric. And this is what we get? From what we can tell, the deal mostly keeps the status quo, though Emirates and Etihad Airways may have to be more transparent with their accounting. Plus, it looks like we might not see more Fifth Freedom flights for a while. Perhaps the U.S. airlines realized the Gulf carriers are no longer as threatening as a few years ago? Related: Gulf Carriers Are Challenged by a Capacity Glut

American Invests in Catering at Lounges as United Scales Back: This seems to happen every few years, right? One airline decides to cut back on catering to save costs, while another one improves its food, perhaps thinking it can gain a competitive advantage. Skift freelancer Grant Martin examines American’s plans.

Airlines to Test Consumer Payments That Bypass Credit Cards for Direct Sales: We forget it sometimes, but some consumers don’t have credit cards or debit cards, making it tough for them to buy plane tickets. Sometimes, of course, they use cash, at the ticket counter or maybe even at a convenience store. IATA, the airline lobbying group, now has a pilot program that will allow customers to pay make purchases online by tapping into their bank accounts. Skift Travel Tech Editor Sean O’Neill has the story.

New EasyJet CEO Is Making a Big Push Into Vacations and Loyalty: This seems to be a trend. I’ve seen more airlines prioritizing vacation package sales. The margins are probably big, right? What do you think? Bloomberg has the story.

Wow Air Is Offering Ultra-Cheap Flights Between the U.S. and India via Iceland: Wow Air will test what passengers will do for deals with an interesting new route from Reykjavik to New Delhi, Bloomberg reports. According to the airline, the flight will connect to 15 U.S. cities. Travelers may jump at the chance for one-way fares at $200. Or they might not, considering the experience won’t be particularly comfortable. We’ll see.

U.S. Should Seek an Open Skies Agreement With China — Before It’s Too Late: Forget the Middle East. China is the future, and yet the U.S. and China still have strict limits on how many flights can operate between the two countries. Both governments seem content with this arrangement, and for now there are more than enough flights across the Pacific. What about in the future? Should the nations put away their differences and sign an Open Skies agreement? Perhaps, writes Bloomberg’s Adam Minter.