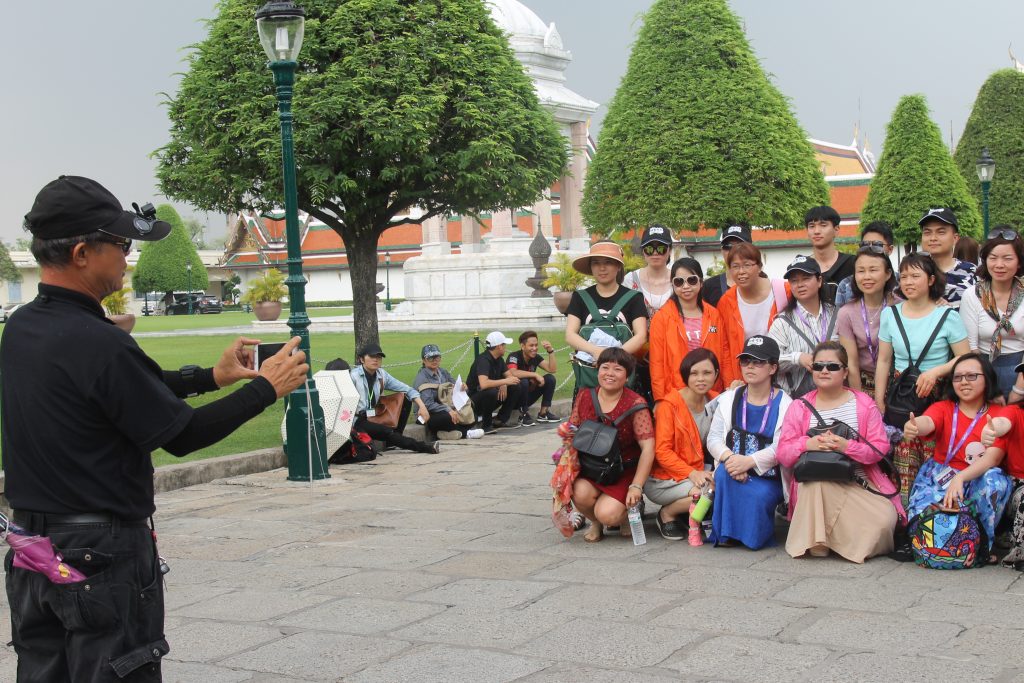 Thailand's tourism officials have had a love-hate relationship with Chinese travelers in recent years and they mainly have their sights set on marketing the country to the wealthiest segment of that market.

The Platinum Group Pcl, whose wholesale fashion mall in Bangkok attracts about 15 million people yearly, expects booming Chinese tourism to support its retail shopping center due to open next year.

The firm is investing about six billion baht ($180 million) in the project and is banking on the deep pockets of Chinese visitors to woo retailers, according to President Chanchai Phansopha. Platinum’s shares have lagged behind peers this year amid concern the new mall may take time to succeed.

“We want to transform the company from an operator of a wholesale fashion mall into a commercial property developer,” Chanchai said in an interview Tuesday. The Bangkok project is part of a wider, 11-billion-baht investment plan that will also add hotel and office space over five years, he said.

Tourist arrivals in Thailand have surged in the past decade, powered by Chinese visitors who last year numbered almost nine million and shelled out an above-average $176 per head daily. While their spending power offers hope, the domestic outlook is darker – consumers are burdened by elevated household debt and economic expansion lags behind Southeast Asian neighbors.

The mall may take longer to be successful than Platinum expects as it has a retail focus, unlike the popular wholesale center, Chaiyatorn Sricharoen, an analyst at Bualuang Securities Pcl, said in a note. Chaiyatorn rates the stock a sell with a 6.65 baht target price, about 15 percent below Thursday’s close.

Platinum’s Chanchai said he foresees double-digit percentage growth in 2017 sales and profit, adding the new mall – called The Market – will boost revenue at least 30 percent in 2019.

The stock advanced 2.6 percent on Thursday in Bangkok to a record 7.8 baht. It has climbed 7.6 percent this year, less than the 10.8 percent rise in the SET Property Development Index. The shares trade at 26.6 times estimated 12-month earnings, higher than a five-year average of 24.9.

This article was written by Anuchit Nguyen from Bloomberg and was legally licensed through the NewsCred publisher network. Please direct all licensing questions to legal@newscred.com.