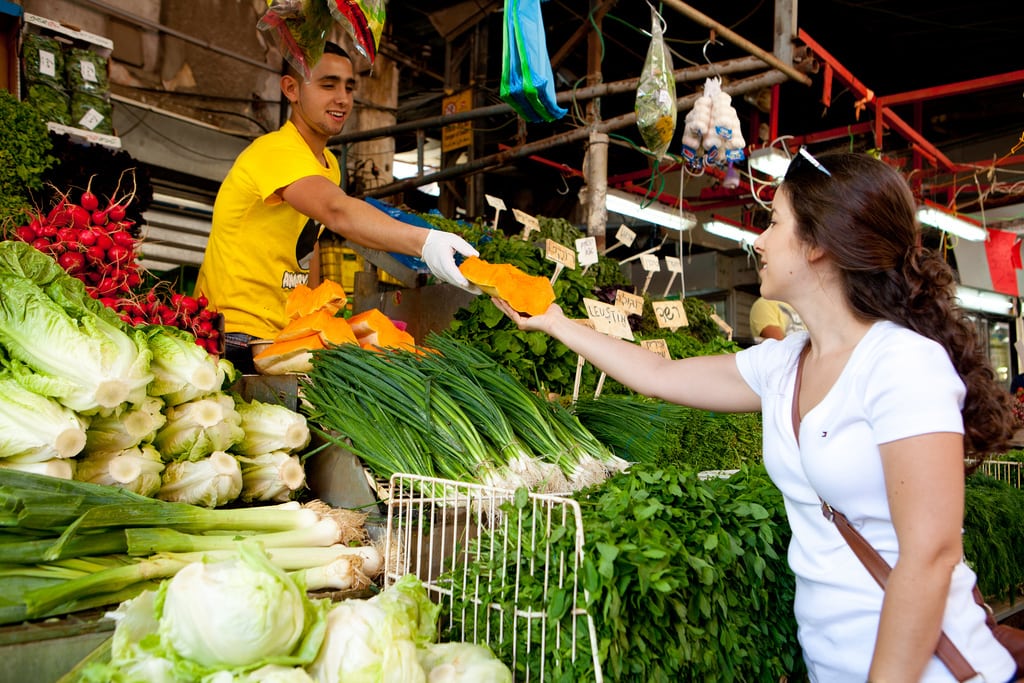 Skift Take
We’re not usually fans of New Years trends predictions but this list actually gives examples of how some food tourism trends have already played out and becoming popular with travelers. Most of them just make sense, too.
— Dan Peltier
Share
Tweet
Share
Post
Send

The predictions have been rolling in for 2017, and they’e pretty much all over the map. Lots of “Cauliflower is the New Kale” (truth); Reimagined Pasta; and poke, which has clearly replaced cupcakes as the all-purpose food to line up for. There’s a lot of speculation about what the restaurants of the future will look like. Will they all be fast-casual? Will star-chef food delivery replace restaurants altogether? (David Chang said “no,” but his Ando delivery empire is growing.)

Apart from those major talking points, there are a few more big and small food and drinks that you should pay attention to, because your next coolest meal might be a Filipino specialty, and your cocktail could be pitch-black.

The Dominance of |  Meat and Artisanal Butcher Shops

People say they’re eating less meat, but beef has had some big moments recently, such as the emergence of elite, pricey cuts.

The new year promises to be big, too. Along with excellent butcher shops such as April Bloomfield’s White Gold Butchers on New York’s Upper West Side, there are new, meat-centric restaurants. These include Manhattan’s 4 Charles Prime Rib, from the meat-obsessed Au Cheval team in Chicago, whose specialty is self-evident, and the upcoming Pig Bleecker, where a group of chefs numbering Augustine’s Shane McBride among them will focus on smoked meats.

And steak houses are still going strong, from the just-opened Voltaggio Brothers Steak House, at MGM National Harbor in Maryland, to the upcoming One Fifth Steak from Houston’s local hero-chef Chris Shepherd. (Go soon, because Shepherd will transform the menu to something different in August.) Later in 2017, the popular Hawksmoor steakhouse from the U.K. will make its debut in downtown New York.

The Dominance of (Part II) | Vegetables

On the other hand, vegetables continue to push meat right off the plate in other places. Just look at Los Angeles, with such places as P.Y.T., where the primo dish is a salt-baked turnip dramatically cracked open at your table, and Beefsteak, where Top Chef star Marcel Vigneron serves up lots of bowl food, such as the barbecue-sauced smoked bowl with corn and beans. At the upcoming Harvey in Brooklyn, N.Y.’s Williamsburg Hotel, the focus will be vegetable-forward dishes like an ingenious sounding pappardelle with bread bolognese.

The Explosion of |  Filipino Food

Another Asian cuisine to get excited about! The number of places where you can explore one of the original fusion cuisines (it’s a mix of, among other things, Chinese, Spanish, Malay, and plenty of other Southeast Asian influences) is increasingly rapidly. Check out Washington’s much-heralded Bad Saint, where people start lining up for dinner at 3 p.m.

At Manhattan’s Mission Chinese Food, Angela Dimiyuga is introducing such native Filipino dishes as lumpia egg rolls and pork belly with pork liver sauce. Meanwhile, Dale Talde, who is opening more restaurants than anyone else, has dishes like Filipino pork adobo tamale on the Talde Miami Beach menu. At his upcoming Rice & Gold, opening late in the spring in Manhattan, he’ll serving dishes such as arroz caldo, a chicken, ginger, and fish-sauce rice porridge.

In the bigger picture, Manila hosted a major food conference earlier this year that brought in some of the world’s elite chefs, including Andoni Luis Aduriz, a mainstay on the World’s 50 Best list.

The Defeat of | Food Waste

One of the big problems in America is food waste; research suggests that 40 percent of our food is not eaten. (Think of buying three bags of groceries and using only two.) Among the people battling this problem: Tom Colicchio and one of our country’s biggest culinary heroes, Anthony Bourdain. The Parts Unknown star and book author is partnering with the Rockefeller Foundation to star in Wasted! The Story of Food Waste, a documentary movie set to premier in 2017. Rockefeller Foundation President Judith Rodin told Variety that the film shows “how everyone can make changes to minimize what we throw away.”

The Rethinking of | Chilled Red Wine

Consider this the expansion of the rosé wine craze. More and more reds, especially lighter-bodied ones, are being served cooled. Whole Foods has pinpointed this as a major trend, calling out fruit-forward styles such as Beaujolais and grenache; chilling them brings out the wines’ brightness. The chain promises to offer chillable reds in stores in the fall. Laura Maniec, co-owner of wine bar Corkbuzz in New York and Charlotte, N.C., strongly favors the cooler wine trend: “I get so furious about warm red wine; it seems to be especially a trend with natural wines.

Restaurant people, I know your places can get warm, but put your lighter reds near the ice bucket of whites. It’s that simple.” Another question: Did Diane Keaton anticipate this when she announced that her new red wine, the Keaton, should be served over ice? Perhaps.

The Emergence of | High-Tech Cocktails

It’s not as if molecular gastronomy is making a big comeback soon. But behind the bar, mixologists are having fun with equipment that was traditionally hoarded by avant-garde chefs. Nick Bennett at Porchlight in New York’s Hudson Yards said there’s a good reason: “More affordable sous vides machines [which act as fancy pressure cookers] are being produced. Also, a mad genius guy, Dave Arnold, just released the Spinzall. It’s a centrifuge designed specifically for culinary and bar use.”

Over at BlackTail, in the Financial District, a sous vide machine is used to intensify the flavor of syrups and infusions and even to amp up simple cocktails such as a fresh banana daiquiri. At Michelin-starred Junoon, the high-tech cocktail is more far-out: “The Winter Is Coming” is an applejack brandy drink whose other main ingredient is a coconut milk squash soup cooked in a sous vide machine.

The Redesigning of | The Seafood Tower

No disrespect to the traditional seafood tower, but they’re not always perfect. When the last, lonely oysters start to sink into melting ice, the crab has probably been sitting out for too long to taste fresh. And that’s before considering the boring mignonette or kick-free cocktail sauce. So it’s exciting to see talented chefs reimagine the classic.

Check out the new towers coming from places like Little Donkey in Boston, where Ken Oringer and Jamie Bissonnette have the “Donkey Platter”; it’s loaded down with little bowls of dishes such as tuna poke (there it is) with chiles; scallops with white soy sauce; and salmon roe with wasabi. At the super-fun Maple & Ash steakhouse, the seafood tower has evolved farther. All the shellfish is grilled or griddled; there is no ice. To make sure clam and lobster stragglers don’t go to waste, a server adds a bowl of fresh pasta shells to the dish to soak up all the delectable shellfish juices. You can file that under the Defeat of Food Waste, above, as well.

The Redemption of | Vegas

This is for anyone who never took the Vegas food scene seriously. (That includes me, I should note.) One hotel in particular is bringing a ton of culinary heat to the city. In 2017, the Cosmopolitan will welcome a host of notable restaurants. They include Blue Ribbon, a recreation of the brasserie that was one of the coolest late-night destinations in downtown New York, a big chef hangout back in the day; the modern Japanese spot Zuma; the beloved Milk Bar bakery, home of “Crack Pie” and the “Cereal Milk Soft Serve”; and (drum roll) a Momofuku restaurant from David Chang that’s opening in January 2017.

The Momofuku empire founder previously turned down countless offers to go to Vegas, and the menu at this one is still top-secret. This being Vegas, we’re going to bet pork buns will be on the menu. In additional news, the town that rarely adds fresh hotels to the Strip has a brand new one: The W Las Vegas just opened it’s doors on the buzzy North End of the famed street.

Speaking of “Cereal Milk Soft Serve” … However you feel about the Kellogg’s cereal restaurant in Times Square, the high-profile location has turned into a hot topic of conversation because recent years have not been great to Big Cereal.

Sales have declined, thanks to all those energy bars, the disdain of standard cereals in the worlds of health and fitness, and the breakfast agendas at fast-food places. So look for more collaborations with star chefs—such as Kellogg’s recently created cereal mash-ups that could be breakfast, dessert, or both—to capitalize on the versatility of such a familiar product.

Thomas Keller’s RTG pairs Special K, yogurt meringues, and fresh berries with unsweetened almond milk; Daniel Boulud combines Cracklin’ Oat Bran with dried figs and sesame halva. You can find those elite cereal concoctions at the Kellogg’s restaurant during the last two weeks in January. If they’re breakout hits, the run will be extended. Either way, get ready for further cereal-ization.

The Introduction of | Charcoal to Your Drinks

Black food is always good for a dramatic social media photo. This summer, a perfectly black charcoal-coconut ice cream flavor at Morgenstern’s got a lot of attention. The purported health benefits when charcoal is activated include detoxification, teeth-whitening, and hangover-curing.

Look for it in more and more dishes and cocktails (insert the obvious “Charcoal is the new Black” joke here). In New York, you can find it in cocktails at Mission Chinese Food, the Wayland, and Goodnight Sonny, where they mix “Ashes To Ashes,” a mix of rose syrup, fresh lemon juice, and activated charcoal, garnished with rose petals), as well as in juices at the Wild Son. Related: At Barmini in Washington, a leather bag is employed to leather-age the Leatherette cocktail.

This article was written by Kate Krader from Bloomberg and was legally licensed through the NewsCred publisher network.