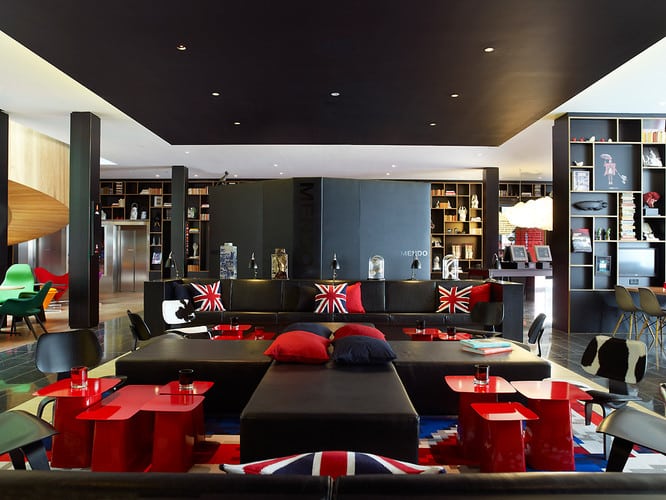 If consumers don't value some of the extras offered in the market, or worse still see them as an impediment to their journey, these brands believe it's best to eliminate them. Sure, doing so saves them money and creates lean processes, but it also differentiates the brand and creates positive associations for those consumers who are fed up with fluff, hype, and inflated travel costs.

At the Future Travel Experience Conference in Amsterdam, an unlikely combination of presenters made strong arguments on what it takes to make customers happy with low-cost alternative service models in travel.

In a panel chaired by Pierre Charbonneau, Director, Passenger of IATA (an airline organization which by and large represents the flagship airlines which compete with scrappy low-cost competitors), Alberto Rey-Villaverde, Head of Data Science for easyJet; Daan Noordeloos, Manager Marketing & Customer Service, of Transavia, and Michael Levie, COO of CitizenM, explained how consumer research and data gathering have shaped their product and service decisions, and helped their brands build stronger bonds with customers.

Within an inspiring series of arguments in favour of improving the travel experience in the air and on the ground that reminded us of the type of creative thinking behind the alternative Poppi airline model imagined by TEAGUE, there were common themes unspoken: leaner processes, improved efficiencies, thus lower costs.

That’s consistent with the alternative low-cost operating models of the panelists, but what’s remarkable is that, despite their pared-down product and service models, easyJet, Transavia and CitizenM stand out as modern user-friendly brands, focused on inspiring “happy” feelings.

One might be forgiven for some skepticism, hearing all the buzz words and mentions of “experiential improvements,” seeing it all as little more than a smart sales and merchandising pitch. (Like that’s a crime.)

But through considered branding and packaging, these companies have built an appetite in consumers for the most basic services, established themselves as smart choices for smart travelers, and built a loyal “insider” following, while establishing operating models which can turn a healthy profit.

As the panel participants explained, it’s not about “selling” customers on being happy with less at all. By listening to customers, they say, they have learned that some of the “more” competitors offer is perceived as having no real value, or as annoying.

“We see an increase in stress choosing between a lot of options and the choices aren’t getting better,” said Transavia’s Noordeloos. “We make a lot of automatic decisions and they aren’t always based on the best of information. We get disappointed a lot more with the choices that we get.”

Too many choices Noordeloos says also set-up customers for disappointment.

“When there are a series of items that we can choose from, our underlining assumption is that the ultimate choice should be there. And that level is almost never met,” he said.

CitizenM’s Levie described these cluttering choices as points of “friction” for the consumer—touch-points that interrupt rather than enhance the journey.

“I think that you want to reduce friction by a factor of ten, increase service or experience by a factor of 10. Then I think you get close to a network accepting you and understanding you do something different,” he said.

Rey-Villaverde of easyJet turns to data on customer feedback and behavior, to guide targeted decisions when adding (or removing) options, products, and processes.

“There are a lot of different views on what the experience should be from a customer perspective,” he said. “You cannot realize all of those because of cost constraints. But, for example, we introduced allocated seating four years ago, and that was basically because customers were telling us they wanted allocated seating. If you asked people within the airline whether we had to do it, they would say no. But the data from customers said otherwise.”

“I think more important is that, if I were to ask the customer, if I change your experience by removing these steps and are less irritant to you, they would say yes. I don’t think we’re trying to eliminate the service, but eliminate the steps, so that we’re more efficient. By doing so, there’s less cost and less complexity within the industry, but it’s the customers who are telling us what’s irritating.”