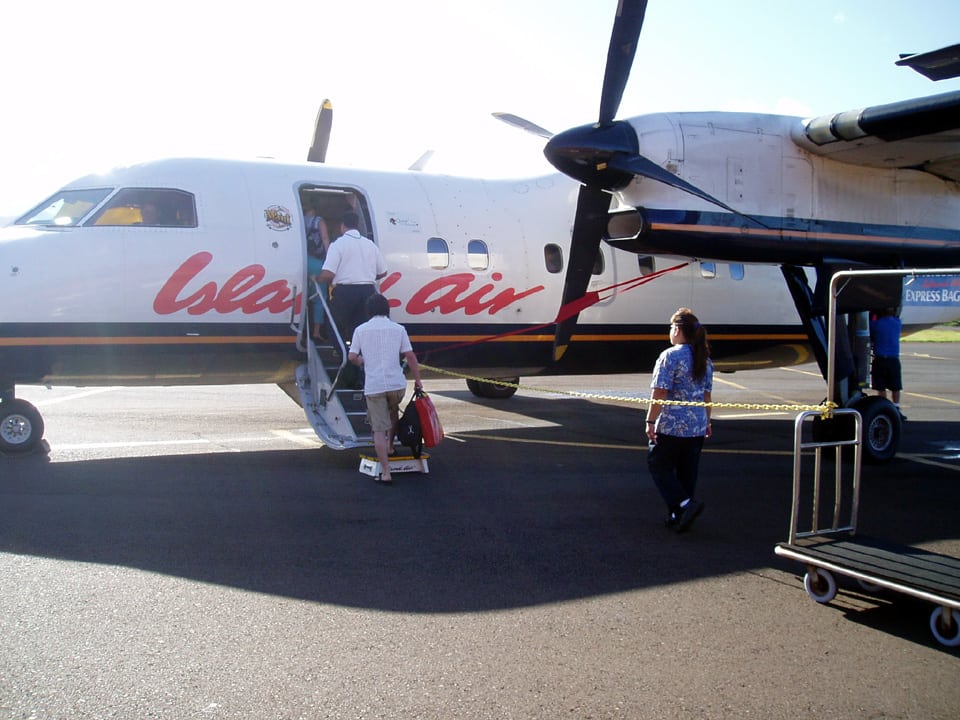 Hawaii needs a greater diversity of transport options between islands. New ownership may give Island what it needs to be a bigger part of this.

Billionaire Larry Ellison is relinquishing control of Island Air to an investor group headed by a Hawaii venture capitalist.

Island Air made the announcement Wednesday that two affiliates of Honolulu-based investment firm PacifiCap, headed by Jeffrey Au, are acquiring a controlling interest in Hawaii’s third-largest airline. The purchase by PaCap Aviation Finance LLC and Malama Investments LLC must be approved by the U.S. Department of Transportation, The Honolulu Star-Advertiser reported.

Details relating to the purchase price and percentage of controlling interest were not disclosed.

“We are thrilled with the opportunity to partner with Mr. Ellison and his team to create a strong second airline for Hawaii,” said Au, founder and managing director of PacifiCap. “Like Hawaii itself, we may not be big, but we can be great. We believe that having local owners and managers will allow us to provide the kind of reliability, seat availability and service that our fellow kamaaina deserve.”

Ellison’s Ohana Airline Holdings LLC bought Island Air from Charlie Willis of San Francisco-based Gavarnie Holding LLC in February 2013. Ellison bought the company for an undisclosed price less than a year after purchasing about 98 percent of the island of Lanai for a reported $300 million.

Ellison will retain a non-controlling interest and will continue to partner with the new owner as Island Air moves forward with its expansion plans.

Last year, Island Air announced it was cutting 20 percent of its workforce, reducing service and delaying plans to bring in a new fleet. The company now operates two routes: Honolulu to Maui and Maui to Lanai.

The new ownership also comes as passenger traffic and revenue have made significant drops. Island Air carried 19,946 passengers in September, according to the latest data available from the DOT. That figure was the lowest reported in a month since the carrier transported 14,261 in April 2013.

The $5.5 million in third-quarter revenue was the lowest in any quarter since Ellison purchased the company.

“We recognized that committed local ownership would serve Island Air’s best interests in the long term, and are very pleased that such a well-regarded investor group as PacifiCap, with deep roots in Hawaii, is now taking the helm,” said Island Air Chairman Paul Marinelli.

Listen to voices like this governor and we'll all get through this faster.

Communities Are No Longer Spectators in Tourism’s Future

How can the tourism industry strengthen its relationship with communities? Simple: it needs to embrace the fact that it's the communities who invite stakeholders in, and who give them a seat at the table, not the other way around.