While miles, meals and seat preferences may not be the most urgent of personal data, the passwords that you share with other (more critical) accounts may be worth considering.

On January 13th of this year, Skift’s Business Traveler asked the question of whether 2015 would be the year of the loyalty program hack. It’s safe to say at this point that the answer is decidedly “yes.”

As it turns out, that July’s data breach at United was worse than we thought. Bloomberg just uncovered that both American Airlines and Sabre, the company responsible for making reservations for thousands of hotel and airline providers, were targeted by hackers in the same attack. Nobody still knows the depth and breadth of the data lost.

It’s probably safe to assume that nothing in any of your loyalty program accounts is safe at this point, as well as any details about flights you took on United, American, and other carriers that may reveal similar hacks in the near future. We Found the Smart Aircraft Seat that Could Spare Millions of Passengers’ Knees: B/E Aerospace has patented a still-to-be-formally named economy seating concept which could finally make the cabin bearable for tall passengers. Read more at Skift

Delta Air Line’s ‘Ineptitude’ Costs It Another $2.7 Million in Baggage Fee Case: A federal judge has ordered Delta Air Lines Inc. to pay $2.7 million — on top of $4.8 million in previous penalties — for failing to produce information in a lawsuit against the carrier over baggage fees. Read more at Skift

Senate Calls for Crackdown on Airline Fees: If you’re fed up with the airlines’ fee-for-all, you’re not alone. The widespread frustration with the proliferation of confusing and onerous fees hasn’t been lost on members of Congress, who tend to be frequent flyers themselves. Read more at FrequentFlier.com 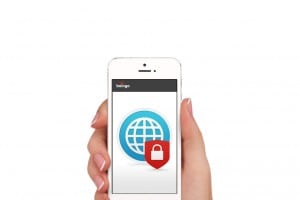 Boingo Matches Wall Street Expectations, Even as It Posts Loss: Boingo Wireless Inc. (WIFI) on Thursday reported a loss of $5.8 million in its second quarter. Read more at Skift 4 Key Charts That Show the Rapid Demographic Shifts in Global Tourism: Gone are the days when advanced European economies dominated the international tourist arrivals landscape and enter an era of emerging economies getting much larger chips in the game of global tourism. Read more at Skift

American Airlines and Sabre Databases Are Latest to Be Hit by Hackers in China: A group of China-linked hackers that has mowed through the databanks of major American health insurers and stolen personnel records of U.S. military and intelligence agencies has struck at the heart of the nation’s air-travel system, say people familiar with investigations of the attacks. Read more at Skift What 3 of the World’s Smartest Hoteliers Have to Say About the Future of Hotels: When The Standard Hotels invested a 51% stake in the Austin-based Bunkhouse Group last month, it was as much a meeting of hospitality hearts as it was minds for two of the world’s most attuned hotel brands. Read more at Skift

Morgans Hotels Close to Merger With Owner of SLS Hotels: Sam Nazarian’s SBE, which manages luxury properties such as the SLS Beverly Hills and nightclubs including Hyde, is close to an agreement to merge with boutique lodging company Morgans Hotel Group Co., said two people with knowledge of the discussions. Read more at Skift

Ivanka Trump Courts the Opposite of Controversy While Leading Hotel Brand: Ivanka has found a way to glide over her father’s shock- jock tactics, and take only from his celebrity what she wants. Read more at Skift

Las Vegas’ Cosmopolitan Hotel Finally Reports a Profit: For the first time since opening in 2010, The Cosmopolitan hotel-casino posted a quarterly profit. Read more at Skift