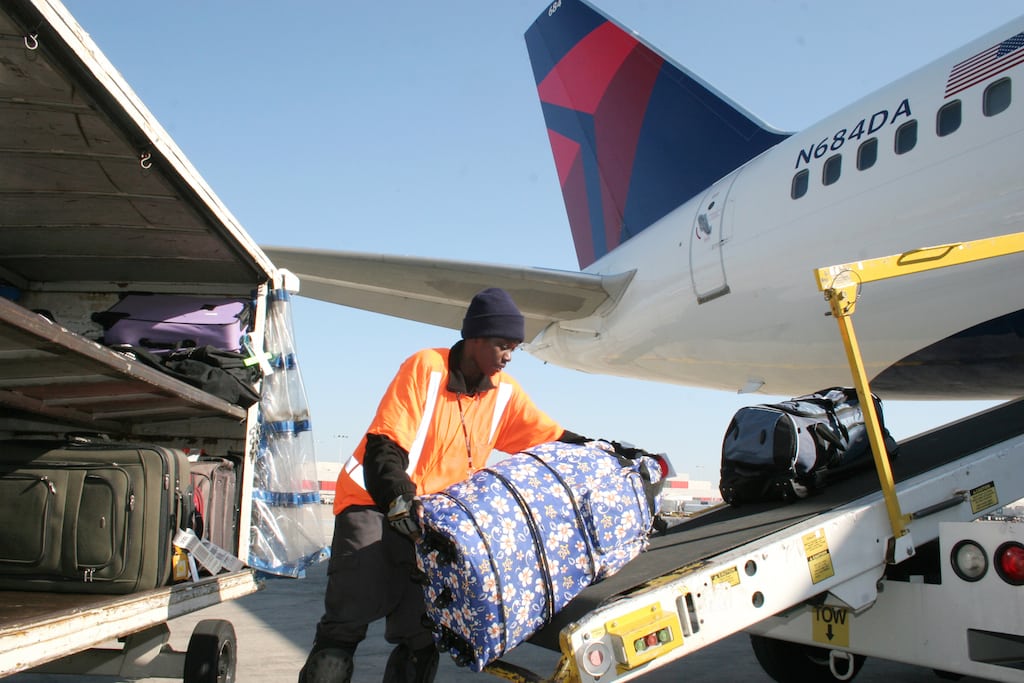 The airline industry equivalent of knocking over a Porta Potty took place this week as new regulation in carry-on bags was considered. In short, the IATA had good intention in proposing a new plan, but the guidelines weren’t aggressive enough and American airlines wouldn’t sign on. In the end, they put their suggestions on hold after outcry on all sides.

Based on the number of baggage complaints that cross my desk (see Spud Hilton’s #carryonshame campaign),  I think there’s no doubt that baggage reform needs to happen. The magic bullet may, in fact, come from the IATA. But key stakeholders need to be consulted and brought onboard before any aggressive regulation comes online. After that, it’s all about enforcement.

@AmericanAir AWFUL experience with purser on AA100. Threatened @sarahsilbert and I for taking pics. “This could be trouble for both of you.”

The Most Talked About Plane At the Paris Air Show Doesn’t Exist: As aviation leaders mingle in Paris for the indusry’s largest expo, much of the talk centers on a Boeing Co. plane nicknamed “Mom” that doesn’t even exist yet. Read more at Skift

IATA Pauses Cabin OK Carry-On Baggage Proposal After Consumer Confusion: After dismay and confusion “primarily in North America” caused by its Cabin OK proposal IATA has chosen to take some time off to “reassess” the program. Read more at Skift

Qatar Air Threatens to Exit OneWorld Alliance: Qatar Airways Ltd.’s chief executive officer remained true to his professed mantra that “no air show is complete without some controversy,” lashing out at U.S. rivals — and an ally — he says are obstructing his expansion plans. Read more at Skift

United’s Image Takes Another Hit as Stranded Passengers Stay in Military Barracks: United Airlines came under harsh criticism from passengers over how the carrier handled a 24-hour stranding that included an overnight stay in the barracks of a remote Canadian military base. Read more at Skift

United Makes Epic Withdrawal From JFK in Transcontinental Push out of Newark: United Airlines is pulling out of New York’s Kennedy airport and consolidating its premium transcontinental flights at its Newark, New Jersey, hub in a bid to capture more passengers on the most lucrative U.S. routes. Read more at Skift

The Next Phase of Airline Deals Is About Trading Slots, Not Merging: The era of big U.S. airline mergers has ended, but there’s still plenty of tinkering left to do around the industry’s edges. Read more at Skift Gogo’s Goal to Reach South American In-Flight Wi-Fi is a Go with GOL: Gogo has stretched its reach south of the border with after signing an agreement with Brazilian low-cost carrier, GOL Linhas Aereas Inteligentes, to install its new connectivity and LiveTV products on the whole of the airline’s fleet. Read more at Skift

Lufthansa Expands Services With CheapOair Even as Airline Pursues Surcharge: Even as the Lufthansa Group proceeds with plans to level a surcharge for bookings that take place beyond its websites and call centers beginning in September, the airline group has expanded its relationship with one such third-party travel agency, CheapOair. Read more at Skift TripAdvisor Deal With Marriott Gives It New Edge Over Booking Competitors: TripAdvisor landed a big fish in Marriott International and its 19 brands as an Instant Booking partner, and that leaves major online booking sites such as Expedia and Booking.com as increasingly isolated holdouts. Read more at Skift

5,000 Points Per Hilton Stay! In addition to the double points/miles promotion through the end of August, Hilton is now offering 5,000 points per stay at any Hilton hotel. Read more at Deals we Like

Starwood to Spin Off Its Timeshare Unit Into a New Company: Starwood Hotels & Resorts Worldwide Inc. plans to list its timeshare unit, Vistana Signature Experiences Inc., on the New York Stock Exchange by the end of this year. Read more at Skift

Speakers were just announced for the travel blogger conference sponsored by a military junta that overthrew a democracy. More here.