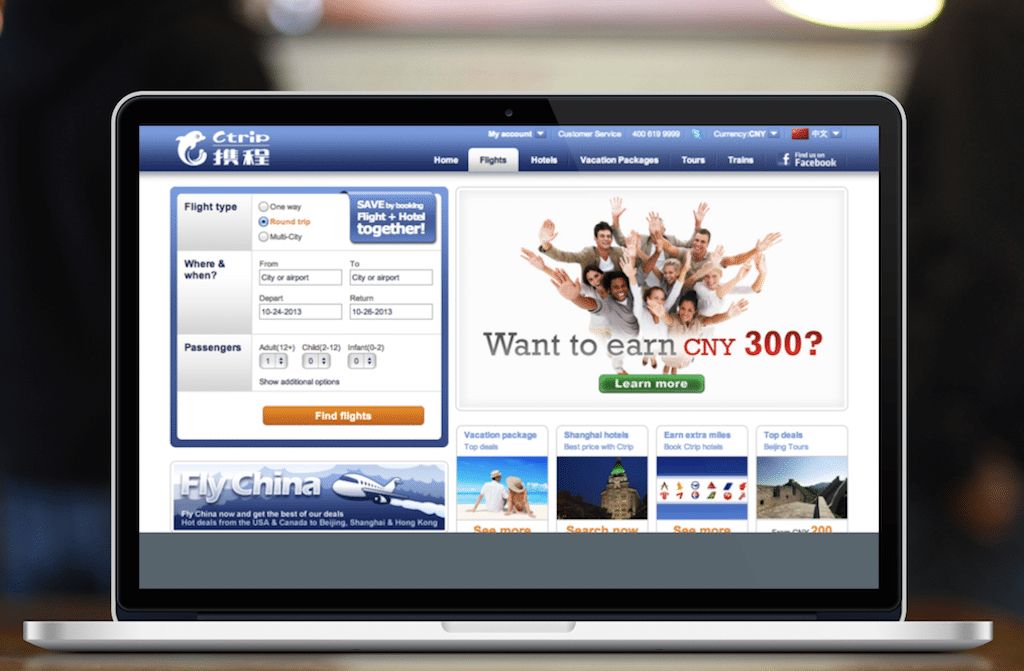 American depositary receipts of Ctrip rose 10 percent to $72.20 at 12:18 p.m. in New York, the highest since its debut in 2003. It was the best performance on a Bloomberg index of the most-traded Chinese stocks in the U.S., which advanced 1.6 percent. NetEase Inc. also surged to a record after first- quarter revenue and profit beat analyst projections.

More than two-thirds of the 29 companies on the Bloomberg China-U.S. gauge that have reported earnings this season have beaten analyst sales projections while about half have topped profit estimates. Analysts from Oppenheimer & Co. to Summit Research LLC raised their ratings on Ctrip to the equivalent of buy, citing strong revenue growth and better-than-expected profitability.

“Ctrip’s margin expansion story has started earlier than most people had expected, which greatly boosts investor confidence,” Juan Lin, an analyst at 86Research Ltd. said by phone from Shanghai. “The company’s heavy investments last year amid rising competition in the online travel sector caused declines in profitability, and the investments are starting to deliver.”

Analysts surveyed by Bloomberg increased their price targets for Ctrip by 11 percent on average to $75.98 after the company said on Wednesday that first-quarter sales grew the most since 2010 and its profit margin increased amid rising contributions from mobile platforms. 86Research lifted its price target for Ctrip by one-third to $72 and said it’s “long-term positive” on the stock, up from a previous “neutral on valuation” view, Lin said.

Ctrip has jumped 59 percent this year after a 8.3 percent decline in 2014. Trading volume of 8.7 million ADRs Thursday was more than triple the 90-day average compiled by Bloomberg.

The Shanghai-based company said revenue will rise as much as 50 percent in the second quarter after gaining 46 percent in the prior three months, according to a statement. Analysts had projected a growth rate of 43 percent for both periods.

Net income margin rose to 1.3 percent in the first three months of this year after a drop in 2014. Mobile platforms contributed to about 70 percent of online sales during the period, up from 40 percent a year earlier, according to Ctrip’s quarterly reports.

NetEase, an online games company, soared 10 percent to $143.05, the steepest rally since August 2013. Cheetah Mobile Inc. rallied 9.9 percent to an eight-month high of $29.49. The mobile-security company is scheduled to release earnings on May 19.